The Paris Pickpocket: How to Recognize and Avoid Them 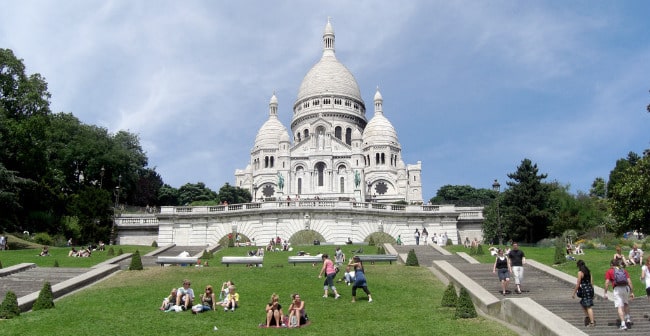 Paris is known for its glamour, its cuisine, its romance, and of course, its fashion. Unfortunately, it is also known for its pickpockets. The city attracts over 33 million tourists a year, so it’s no mystery why it’s a hot spot for sticky fingers. Recently, the French police dismantled a family-run pickpocket ring that was stealing up to 4,000 euro a day at our beloved Eiffel Tower by employing tried-and-true strategies that afforded them to live luxuriously off of tourists’ hard-earned vacation money. Here is what to look out for and what you can do to avoid falling prey to the infamous Paris Pickpocket. 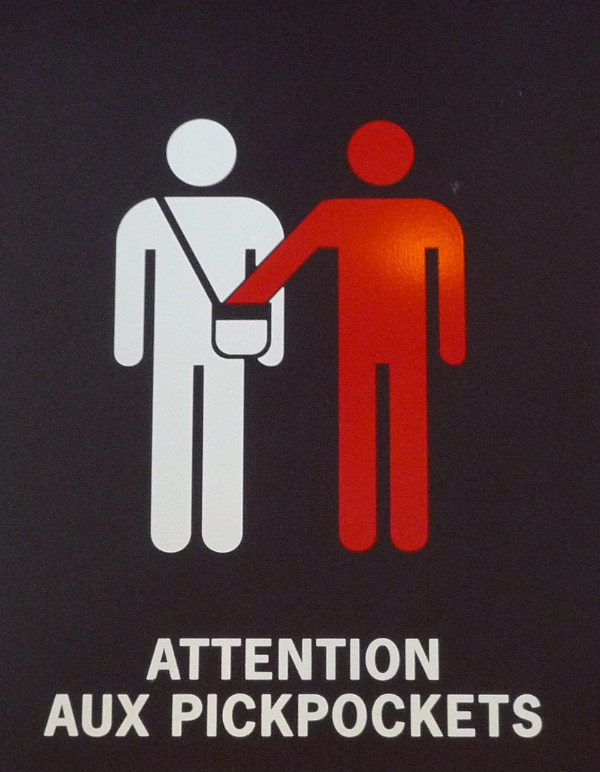 What it is: This is one of the oldest scams, but for some reason it has remained somewhat of a constant in the pickpocket toolkit. How it works is this: The pickpocket pretends to pick up a gold ring off the pavement, presents it to you and asks if it belongs to you. If you lie and say that it’s yours (shame on you!), the thief will engage in conversation while their buddy robs you. If you say that it is not yours but like it anyway (which is strongly advised against), they will negotiate a price to sell it to you while their buddy robs you. Their game is all about distraction. Most targets are puzzled and have no clue what the scammer is talking about, so they end up distracted and a target to the accomplice who is lurking in the shadows.

What to Do: Say nothing or simply nod your head that it is not your ring, and walk away. You didn’t really like the ring anyway.

What it is: I have to say, I have no idea how and why this one actually works because it is pretty basic as far as scheming goes, but like The Ring Scam, it must work because this is another “classic” for the Paris pickpocket. This one functions similarly to The Ring Scam, but in place of a ring is a petition for some noble cause that you are asked to sign. While you are signing your name, giving out your email address, guess what is happening? Their buddy is robbing you. The first time I was asked to sign a petition I was on the lower level of the Passerelle Solferino in front of the Musée d’Orsay. While I did not stop to sign it, I got so freaked out by the approach that I started running. My already-stretched out ballet flat slipped off of my foot, dove through the slats of the stairs, and sank down to the bottom of the Seine. I had to hobble on one shoe to the nearest restaurant to have them call me a cab.

What to Do: For the love of all things French, do not sign the petition! And don’t run away like I did. Just be on your way. 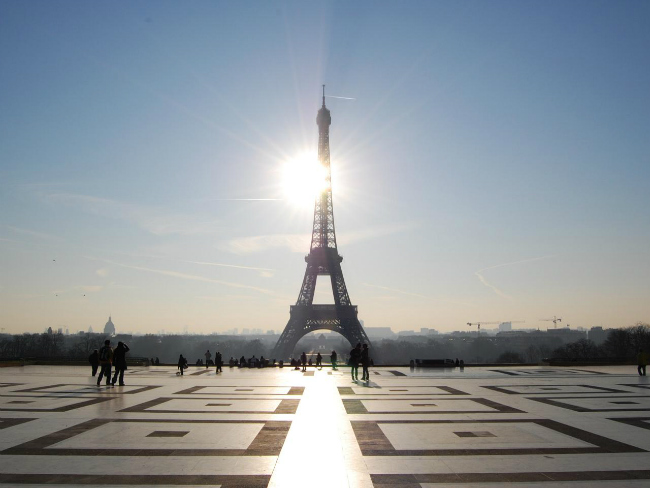 What it is: Picture it: It’s a gorgeous spring day. You’re on a terrace at a Parisian café, people watching, soaking in the sun and enjoying a glass of rosé. Next to your glass is probably a small bowl of peanuts, maybe an ashtray, the check, and your phone that captured this Instagram-worthy moment as you watch the “likes” pour in. But hold on. Now there is a piece of paper obstructing the view of your table, there are people hovering over it speaking to you, and you have no idea what is going on or what to say. Before you know it, it’s over and they’re gone. Guess what. You just got robbed. The paper (which is sometimes in the form of a petition) is used to distract and confuse you while the thief slides his hands underneath it to grab your phone or worse, your wallet. He is gone before you even acknowledged him. (Note: This scheme also happens at ATM machines, so always have someone on watch when you retrieve cash.)

What to Do: Don’t leave valuables on café tables. 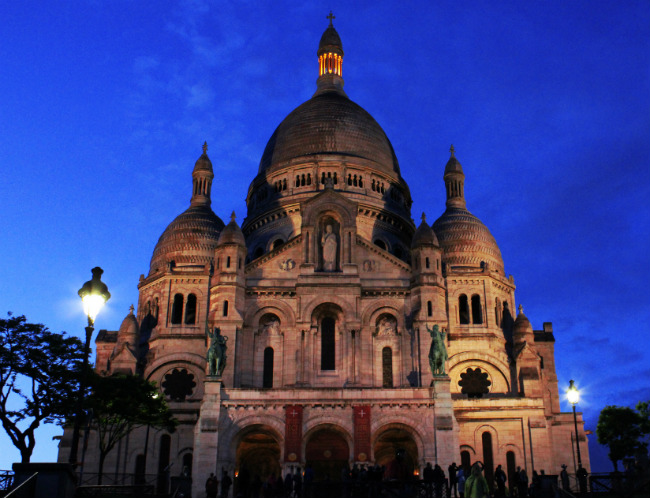 The Grab and Run.

What it is: I would not exactly call The Grab and Run a scheme, as it is pretty primal as far as pickpocketing goes but it is the most common in Paris. A thief will prey on someone mindlessly playing on their phone or blithely listening to music on the métro, and just before the doors close at a stop, they grab your phones right out of your hands (which I imagine for those wearing headphones would incite quite the shock) and run off the train. You may be thinking: But I’m fast and I can run after the little rapscallion and safely retrieve my property. My husband thought this too. But what my husband did not know was that the thief had a friend on the train that was already anticipating this kind of bravery, and slickly extended his leg that tripped my husband who ended up on the floor in need of dental work.

What to Do: Keep your phone confined in your bag at all times. If you need to access it, do so from the bottom of your bag before closing it shut. It’s just not worth the risk.

What it is: This one is somewhat new in the assortment of pickpocket strategies. It involves thieves dressed up as tourists carrying around selfie sticks, wearing fanny packs, and some really commit to the role by even wearing socks with their sandals! They seem harmless, just another family on vacation in Paris, when in reality they get you when your defenses are down, and they are—you guessed— waiting to rob you.

What to Do: Keep your wits about you and your valuables out of your back pocket, and these sneak attacks are less likely to happen. 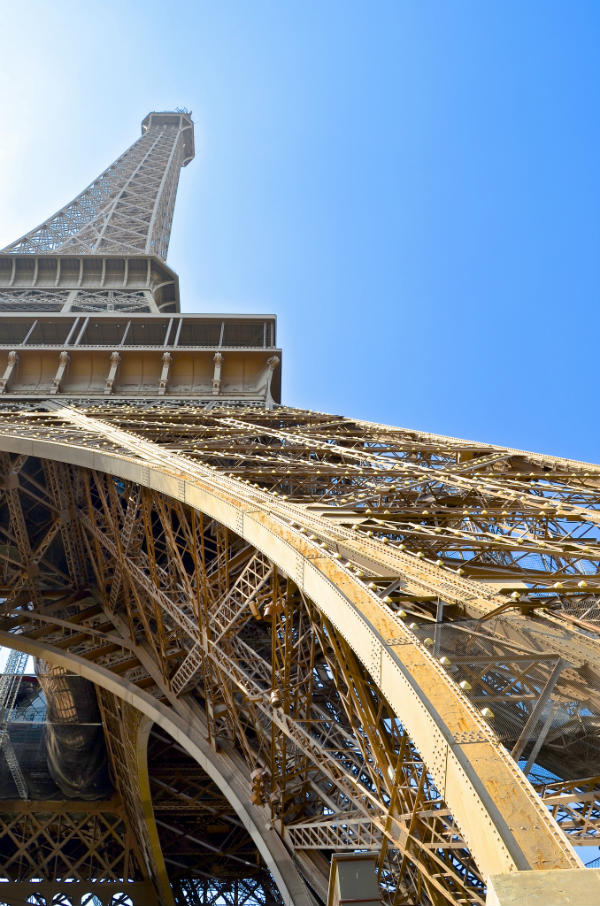 Previous Article Paris Plages: The Beach Arrives in the Capital
Next Article Tour de France 2015: The Race Finishes in Paris on Sunday

A Case of the Blues: The French Flag Shows its True Colors