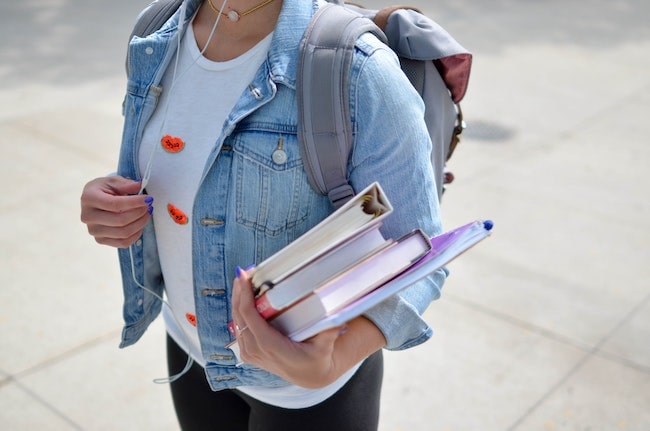 It’s la rentrée! France is a flurry of activity during the “back to school” and “back to work” period after summer vacation. Students are readying their school supplies for this week’s return to classes, though students in French overseas territories like Guadeloupe and Martinique will have to wait as COVID lockdowns are in effect to contain the rampant spread of the delta variant. (In addition to the Caribbean, COVID cases are also soaring in French Polynesia.) As explained by RFI, “vaccination rates in France’s overseas departments and territories are lower than those in mainland France and COVID incidence rates are alarmingly high.” France 24 says “Health Minister Olivier Véran has appealed for volunteer doctors and nurses to travel to the territories to reinforce local health staff.”

Meanwhile, in mainland France, the weekly protests against the country’s COVID health pass system are diminishing in number. Introduced by the government, the pass mandates that anyone wishing to enter a restaurant, theater, cinema, long-distance train, or large shopping mall must show proof of vaccination, a negative test, or proof of recent recovery from COVID. The majority of the French population approve the measure, which has encouraged vaccination. Legendary American-born performer Josephine Baker will be the first Black woman honored in the Panthéon in Paris. To quote NPR, “Some of the most esteemed figures in the history of France, including Voltaire, Victor Hugo, Marie Curie, Jean-Jacques Rousseau and Simone Veil, are interred in the Panthéon in Paris. And now a new spirit will join them: an entertainer, activist, and agent of the French resistance.” When Baker moved to Paris in the 1920s, one of the first African Americans to do so, she “became a sensation… She was the first Black woman to star in a major motion picture — the 1927 French film Siren of the Tropics. She dazzled at the Folies Bergère, where she danced in a skirt made of artificial bananas.” She will be entered into the mausoleum in November.

As described by the BBC, “While her body will remain buried in Monaco, she will be honoured on 30 November with a memorial with a plaque… French President Emmanuel Macron approved Baker’s induction after a campaign led by her family and a petition with about 38,000 signatures. Baker’s family had been requesting her induction since 2013, but only the president can approve entrants to the monument.”

Interested in learning more about Black history in Paris? Check out this CNN Business video about special themed tours. And be sure to read our interview with Monique Wells of Entree to Black Paris.

Have you heard about the latest Paris attraction that drives tourists into the Seine? As described by Reuters, “It looks like a bus that has taken a wrong turning, speeding down a slipway into the River Seine, scattering swans and prompting screams from the passengers. But when the splash subsides, the bus floats serenely along the river.” Commonly known as “ducks” in other big tourist cities, these amphibious buses are a first in Paris, and the one operated by the Canards de Paris company are “a new purpose-built design constructed largely in France.”

Last but not least: American hybrid grapevines, banned in France since 1934, are being cultivated by guerrilla winemakers. As reported in a fascinating article by the New York Times: “The vines were once demonized for causing madness and blindness, and had been banned decades ago. The French authorities, brandishing money and sanctions, nearly wiped them out. But there they were. On a hillside off a winding mountain road in a lost corner of southern France, the forbidden crop was thriving…” The hardiness of American varieties is now sought after “as climate change wreaks havoc on vineyards across Europe and natural wines made without the use of pesticides have grown in popularity.” Read the full article here.