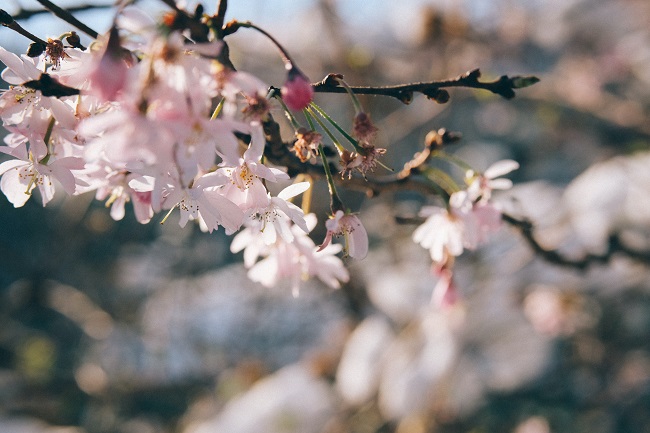 With the arrival of the vernal equinox, spring has officially sprung… But alongside the cherry blossoms and tulips, another Covid-19 “confinement” has arrived in Paris. The partial, month-long lockdown took effect from midnight on Friday, March 19, and there were traffic jams reported on roads leaving the capital, and the trains were fully booked departing for areas like Brittany where lockdown restrictions do not apply. The new lockdown is less severe than the one that paralyzed the country exactly a year ago, but as the Wall Street Journal points out, many in France are frustrated by the government’s management of the crisis.

What are the new rules? Though non-essential shops are closed, schools are still open— as are hair salons. Parisians can travel 10 kilometers from their homes, and there is no limit on the outing’s duration (last year it was limited to one hour within a one-kilometer radius, with a signed permission slip). This new lockdown is not countrywide, but instead is a concentrated local effort to contain the fast spreading coronavirus variants in hard-hit regions, and help ease the overburdened hospitals now seeing a soaring number of Covid cases in intensive care during this third wave.

European countries have restarted the AstraZeneca vaccine rollout for those aged 55 and older. To increase confidence in the vaccine in France, Prime Minister Jean Castex got the shot on live TV. But the bigger problem is a shortage of vaccines because of delayed deliveries. The good news? Recently it was announced that the Stade de France, the giant stadium outside Paris, would be transformed into a “vaccinodrome” starting April 6 — accelerating the number of vaccinations.

Meanwhile the spring is absolutely glorious in Paris. Like a repeat of last year’s lockdown weather, the sun is out, the sky is blue, and the cherry blossoms are gorgeous. Unlike last year, however, the gardens have stayed open — all the easier to appreciate the new flowers blooming. The hyacinth in the Jardin du Luxembourg smells divine! With such fantastic weather, optimism comes easy, and we’re starting to see the light at the end of the long Covid tunnel.

In culture news, a Paris-based duo have been awarded the Pritzer Architecture Prize, the field’s highest honor. As reported by the Chicago Tribune, Anne Lacaton and Jean-Philippe Vassal were recognized for “‘prioritizing the enrichment of human life,’ especially in the context of public housing.” When interviewed from Paris, the French laureates explained “how the global pandemic has reinforced their longtime view that people deserve open space and a connection to nature, even when living in housing projects in dense cities.” Needless to say, the pandemic has shown us how living space is extremely important. One of the duo’s most notable Paris projects was the transformation of the Palais de Tokyo museum in 2012, increasing the space by a whopping 20,000 square meters, and making it Europe’s largest contemporary art museum.

A French couple have won the Pritzker Prize, architecture’s highest honor, for their work on designing affordable housing out of existing structures. https://t.co/uDV9HU4R7L

Last but not least, the giant stuffed bears of Gobelins are making international headlines. You may have remembered reading about these lovable, 8-ft bears on Bonjour Paris. Recently the Associated Press published a photo essay of the bears living the good life during the pandemic. Bookshop owner Philippe Labourel has been lending out the bears since October 2018, and during the pandemic, they’ve been brightening the moods of depressed Parisians, when the bears are spotted in shuttered cafés and boutiques. (We’ve even seen them hanging out in the middle of the street and hanging on the gates of the Luxembourg Gardens.) To quote the AP: “Since the pandemic cut short public life in the French capital last year, the bookseller’s bears have been spotted sitting at a bus stop and in shops to remind customers of social distancing rules.”