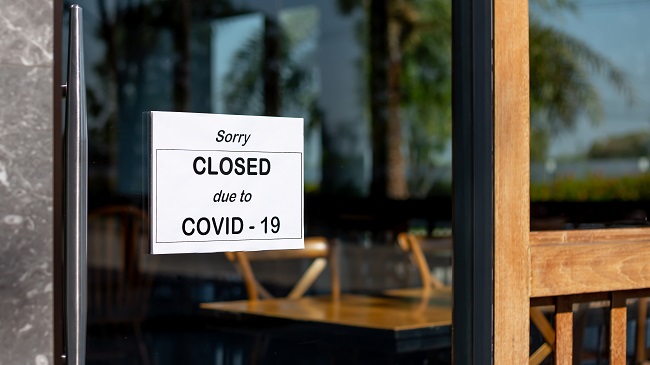 And just like that, winter has returned to Paris. The balmy summer temperatures of last week have disappeared just as France heads into a new lockdown in an effort to control the rising number of Covid-19 cases and overwhelmed hospitals. The fast-spreading, more dangerous British coronavirus variant is now dominant in France, and Le Parisien reports that 8 out of 10 hospital operations are now being postponed in the Paris region, because of a lack of hospital beds.

President Macron made the announcement last week about stricter, supplementary measures for a month, though he avoided calling it a “confinement.” And it’s true, we don’t have to carry the dreaded attestation de déplacement (signed permission slip) this time, and we’re free to roam outside up to 10 kilometers as long as we wear our masks and respect social distancing. The 7 p.m.-6 a.m. curfew remains in place.

What’s changed? All non-essential shops have closed nationwide, though bookshops, florists, car dealerships, music shops and salons have been allowed to stay open. The schools have closed; one week of remote school will be followed by the normal two-week spring vacation, only it’s been advanced earlier in the month. Movement between French regions is only allowed for emergencies or work-related reasons. Travel has been restricted to a 10-km radius from your residence — there was a remarkable leniency over Easter weekend as many Parisians decamped to stay with family or at second homes in the countryside for the month.

On a related note, Forbes reports that Airbnb rentals are soaring in the countryside and drying up in Paris, as there’s “a growing desire to escape the confines of the capital city any time there is a lockdown.” Apparently “Paris realtors have been reporting an increase of Airbnb rentals being put on the market for sale.” Without international tourists, these Airbnb operators can’t make their bank payments.

Meanwhile there’s been quite the brouhaha about the so-called #RestaurantsClandestins and #SoiréeClandestine, now trending on Twitter. As explained by NPR, “a secret recording of an opulent clandestine pop-up restaurant in a private Paris mansion, with patrons flouting mask mandates, has sparked outrage and a police inquiry in France.” Did the secret luxury dinners really take place at high-priced restaurants, serving champagne and foie gras, while all the country’s restaurants have been ordered closed, or is this a poisson d’avril (April Fool’s joke)? French Interior Minister Gérald Darmanin has launched an investigation.

Speaking of restaurants, the New York Times recently praised the book A Table in Paris, calling it: “the artist John Donohue’s sketched love letter to that city’s restaurants.” Organized by neighborhood, the book is “paired with loving descriptions by Francophile writers” including Michael Ruhlman, Richard Linklater, Peter Kaminsky, Lauren Collins, Alexander F. Lobrano, Christine Muhlke and Dana Cowin. If you’re missing the wonderful bistros and brasseries of Paris, this can temporarily ease your wanderlust until travel restrictions are lifted.

A Table in Paris. © John Donohue

The New York Times also has an interesting article about the Paris Opera, presenting a trio of artists and showing how they’ve kept their creativity alive during the pandemic. “The singers, dancers and musicians played on, serenading their phones, pirouetting in masks and performing, faceless, on the radio.”

What’s that we hear at the window? Could it be an opera troupe? France24 reports that an “itinerant troupe takes the stage in Paris courtyards.” A quartet of musicians is bringing opera to people’s homes, in full compliance with health restrictions, to help break the monotony of lockdown. Check out the video below.

Last but not least, a gang of international Lego thieves has been jailed in a Paris heist. Traveling from Poland, the professional thieves target valuable collectible sets at a string of shops. (Some rare series like the “Lego Ultimate Collector’s Series Millennium Falcon” have reached prices of up to $15,000.) As reported by MarketWatch, “Lego has long been considered a valuable asset by thieves because it is small, light and portable.”