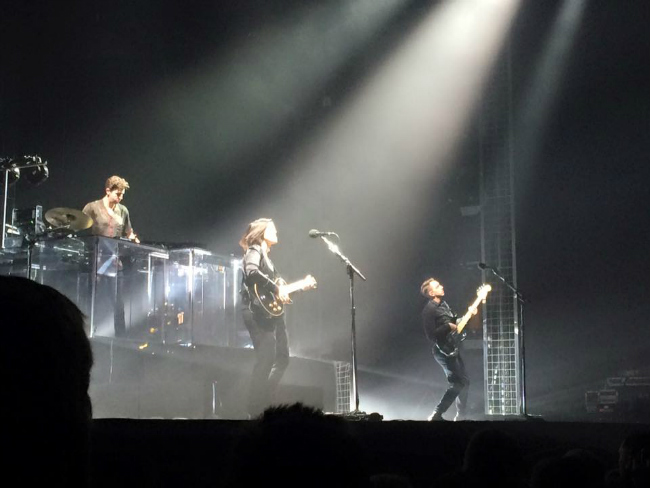 Or, to spell the band’s name properly, sans the impediment of grammar rules, they are: the xx. You might never have heard of them – I hadn’t till recently. (That speaks not of their prominence and impact, but rather, to my obliviousness.)

But indie Brit pop band, the xx, has been around for over a decade (they formed in 2005 while attending the Elliott School), and this week they played the Zénith at La Villette. The show was, as shows go, the kind of night you hope never ends.

The xx recently hit the mainstream in the States, with appearances on Saturday Night Live and late night talk shows, features in The New York Times, a review in Rolling Stone, and more.

“We played here last night [14 February], but I have a feeling tonight is going to be even better,” said co-lead singer Oliver Sim.

The band played a fantastic, powerful set – with a well-welcomed encore – ranging from hits off their previous two albums (the xx, 2009; Coexist, 2012), and many songs from their new album, I See You, like “Say Something Loving” and “On Hold.”

(The title of their latest album comes from something Drake said at a concert they attended; “I see you!” he shouted and pointed to his fans. The band notes in an interview that they liked the connection he made with his fans.)

The xx is a tour-de-force, and their longevity speaks to that. They work well together – never overshadowing another, and each bringing their own set of skills to the table. They are playing more dates throughout Europe and the U.S. Tour dates can be found here: http://thexx.info/tour/ 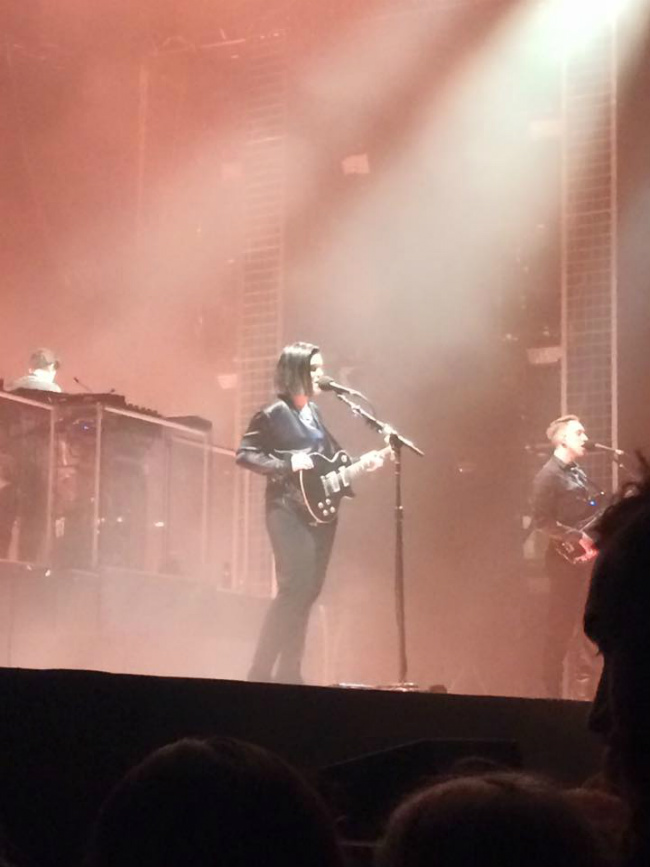 Paris has the benefit of being – as is unanimously agreed upon, in its reflection in films, literature, culture, and tourism – one of the greatest cities in the world. And as such, artists are keen to perform in Paris. A bevy of them will be coming to the city in 2017.

Longtime legends can also be seen: The Freewheelin’ Bob Dylan plays the Zénith on 20 April. Phil Collins has a long run at AccorHotels Arena 18-23 June.

Sting is at L’Olympia 12 and 13 April, California’s own The Beach Boys play L’Olympia on 1 June. Jimmy Buffet can be found at La Cigale on 21 September. Rocket Man Elton John rounds out the powerhouse year on 1 December at AccorHotels Arena (I’ve heard he puts on a memorable show).

So here’s to the young’uns, like the xx and others, and the legends – multi-generations of musical visionaries and tastemakers who continue to empower, delight, and stir emotions via one of two universal languages: music.

(The other being, of course, math.)

Music transcends language, culture, and other perceived barriers. As such, it is a welcome unifier in times like these.