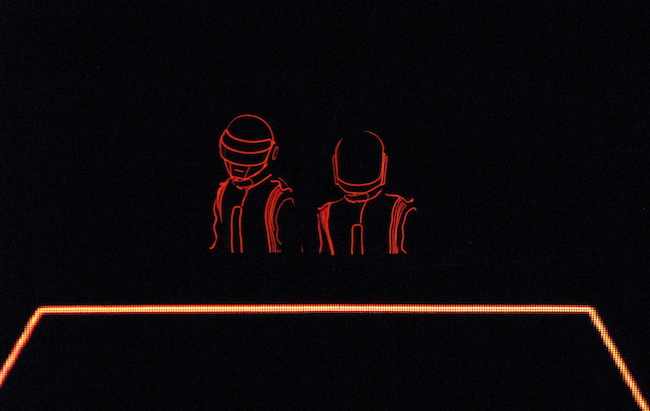 Daft Punk, one of the most celebrated Paris-born music groups of the past three decades, broke up this week, their publicist confirms. The pair officially announced their retirement in a music video called “Epilogue,” which the group released on Monday. The six-time Grammy-winning Daft Punk has been making music for 28 years, and the news comes as a shock to the group’s loyal fans.

The 8-minute video for “Epilogue,” which is currently at 13 million views, included footage from their 2006 video “Electroma.” Trudging through the desert, the French artists are seen wearing leather jackets and their trademark robot helmets, one gold and the other silver. As the pair comes face-to-face, one removes his jacket and presses a button, which leads to an explosion. The fiery burst causes one of the members to disappear. What’s a two-person group with only one person? Then, the second member disappears, too. Daft Punk is done, as the video conveys. (For now, at least.) The years 1993 to 2021 flash on the screen, signaling the death of this beloved electronic group.

Daft Punk founders Thomas Bangalter and Guy-Manuel de Homem-Christo long concealed their identity. They performed wearing their robot helmets in shows and music videos, perhaps adding to the allure of the band and contributing to their success. (Although in the group’s earlier years, they performed sans disguise.) The decision to wear robot helmets was part of their performance; they developed a story about being injured in an explosion and needing to wear face coverings after being injured. In addition to concealing their faces, the two artists are very private and rarely give interviews.

The group’s Random Access Memories album of 2013 was their mainstream breakthrough, with hits like “Get Lucky,” featuring Pharrell Williams. If you were in any Paris nightclub in 2013 and 2014, you no doubt heard that song a time or two as you danced. That album ended up winning a Grammy for “Best Album” and remains one of their finest works to date. Daft Punk also teamed up with singer The Weeknd for hits “Star Boy” and “I Feel it Coming.”

Bangalter and Homem-Christo met in 1987 while attending the same Paris high school, Lycée Carnot, in the 17th arrondissement. There they bonded over a shared love of music and films from the 60s and 70s. While in school, they formed an indie band called Darlin’, and then shifted their musical interests to the newly emerging electronic music in the early 90s. After a negative review of one of their songs, the group’s name was formed: Daft Punk. A salty reviewer at the Melody Maker called the song “daft punky thrash,” and the music world hasn’t been the same since.

While Daft Punk’s publicist confirmed their separation, Variety mused that it may just be the beginning of a new project, or some kind of performance art. “Given their past history, it’s extremely unlikely that we’ve heard the last from Bangalter and de Homem-Christo,” writes reporter Jem Aswad.

There’s no shortage of bands that have separated then gotten back together: Spice Girls, The Police, Destiny’s Child, and more. Whether or not Daft Punk’s separation is permanent, temporary, or in actuality non-existent, and merely part of their performance, we’re grateful for the years we had their music and enjoyed dancing to it and feeling just a bit more “lucky” as a result.