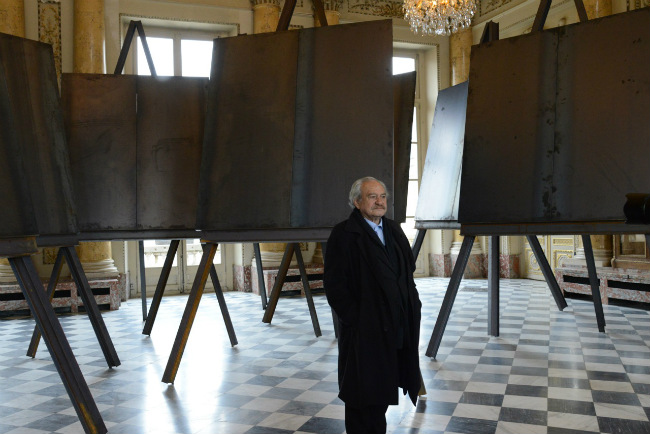 A violinist and a ballerina improvising in front of a painted musical score. A pyramid of sunflower seeds. Two goldfish using the breadth of their fish brains to avoid swimming into the wrong side of a butcher knife.

This is the work of Jannis Kounellis, an artist who highlights the beauty of simple elements—raw materials such as iron, coal, wood, jute, glass, and beating hearts.

As a major figure in contemporary art and one of the pioneers of Arte povera (the use of “poor materials” in the creative process), Kounellis presents an innovative exhibition at the Monnaie de Paris that will run through April 30th. 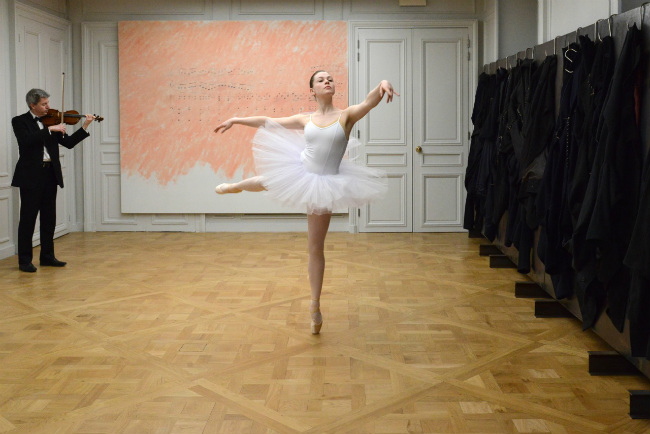 Hommage to Stravinsky: An improvisation in Salle Franklin. (1972)/ © Meredith Mullins 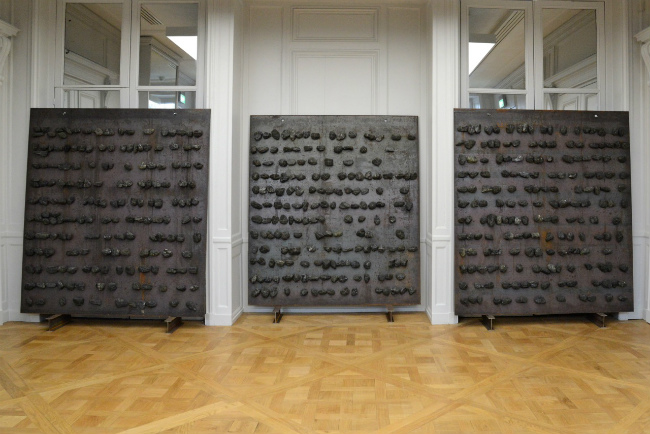 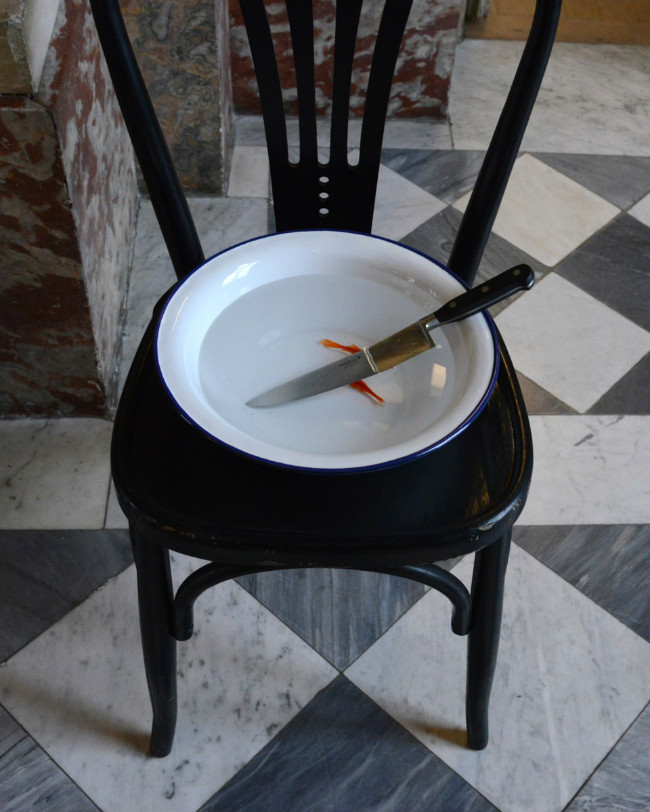 Greek by origin, now living in Italy, Kounellis was given carte blanche in the 1000 square meters of salons of the 18th century building that overlooks the Seine. When he accepted the invitation to exhibit, he said “I come to Paris empty-handed, like an old painter.”

He dedicated 10 rooms to his blank “canvas,” where a language completely his own emerges. He rejects the term “installations” and, instead, focuses on the freedom that placing work in an open space provides. The action of going beyond the traditional canvas, he says, has opened up a whole new world for him. 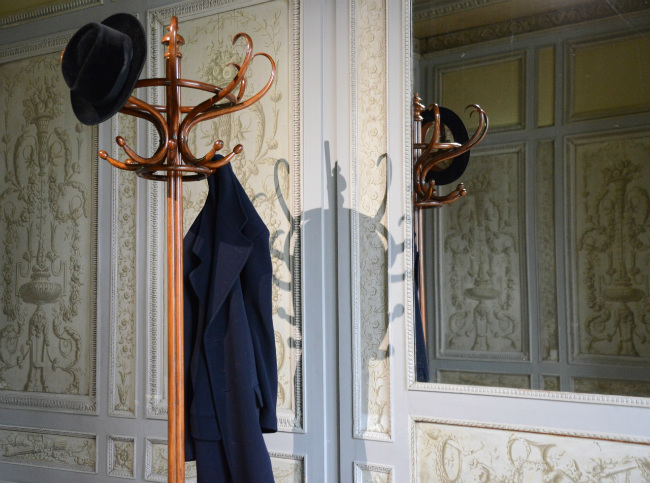 There is new work in this exhibit, as well as work that has been shown in other venues. The selections are a perfect fit.

The contrasts are intentional. The rococo elegance of the Monnaie de Paris salons—with columns, marble, ornate detail, and gilt—offers powerful counterpoint to the hard-edged metal, rough wood, and coarse fabrics.

It is also no accident that the historic Paris mint plays host to an artist who gives life to industrial materials. The Monnaie de Paris was the center of the smelting of metals and the casting of coins—one of the oldest factories and foundries in France. 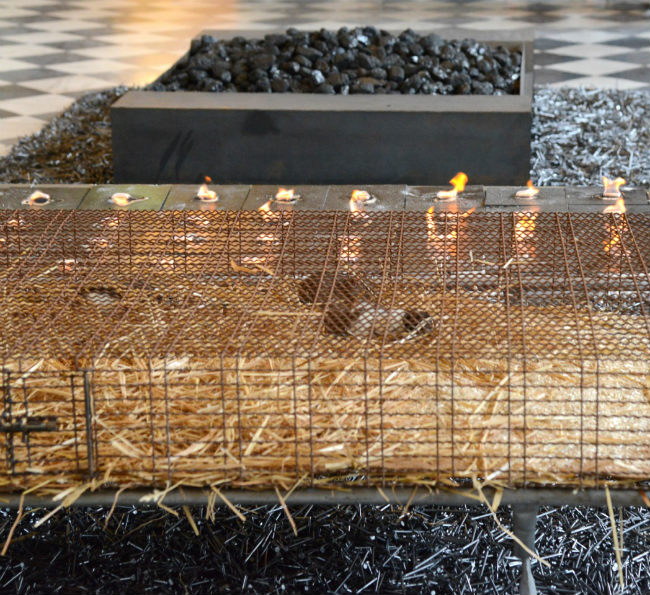 I still remember the first Kounellis exhibit I saw many years ago at the Chicago Museum of Contemporary Art. The rooms were filled with sculptures spewing fire. Fire in the Kounellis world is a theme—signifying both punishment and purification—and adding a powerful multisensory dimension to the work.

The heat was intense. The sound of the gas jets was loud. The flames were mesmerizing. Every sense was awakened. It was like nothing I’d ever seen . . . or felt . . . before. I remember it to this day.

While the Monnaie de Paris exhibit does not spew as much fire, the work is memorable. You see the coolness of the iron slabs and the scratchiness of the rough blankets. You feel the vibration of the violin strings and the quiet touch of the dancer’s toe shoes. And you sense the beating hearts of the fearless fish (and wish them success in evading the sharp edge of the knife that has found its way into their watery world). 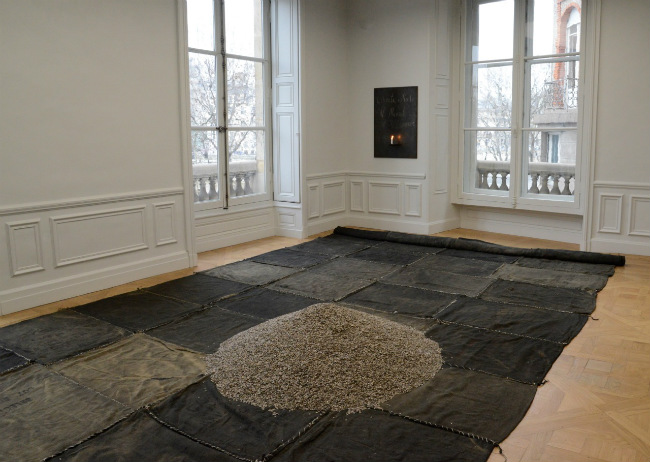 The performance piece in Salle Franklin is presented on Thursday evenings from 17h30 to 21h30 and on Saturdays and Sundays from 14h30 to 18h30. The flames in the Salle Dupré are lit twice a day at 12h and 16h. 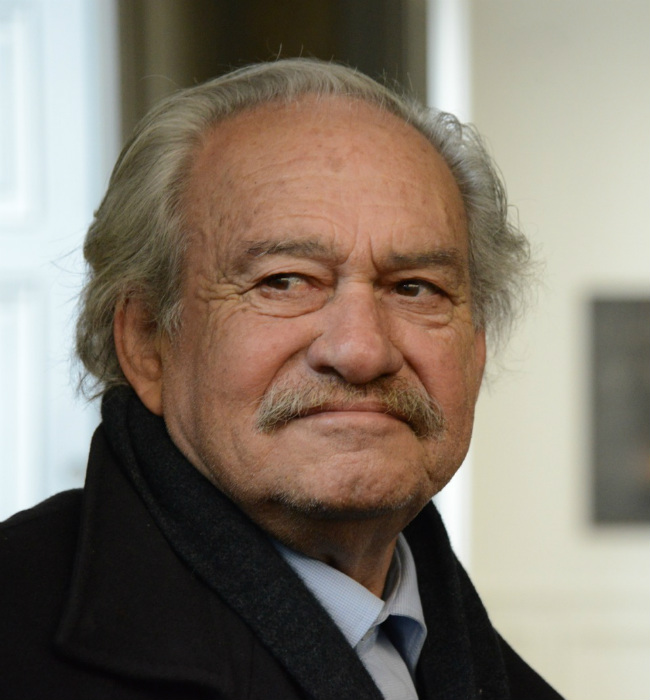 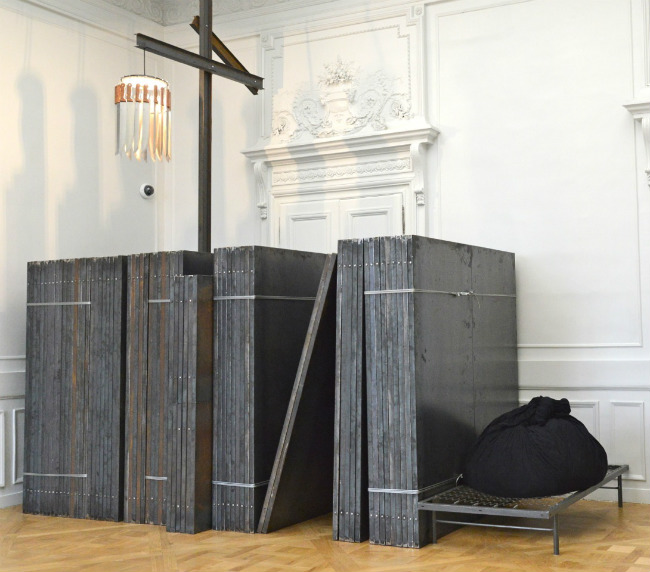 In Salle Duvivier, a lamp of knives illuminates sheets of iron and a canvas sack looking suspiciously like dirty laundry. (2013)/ © Meredith Mullins 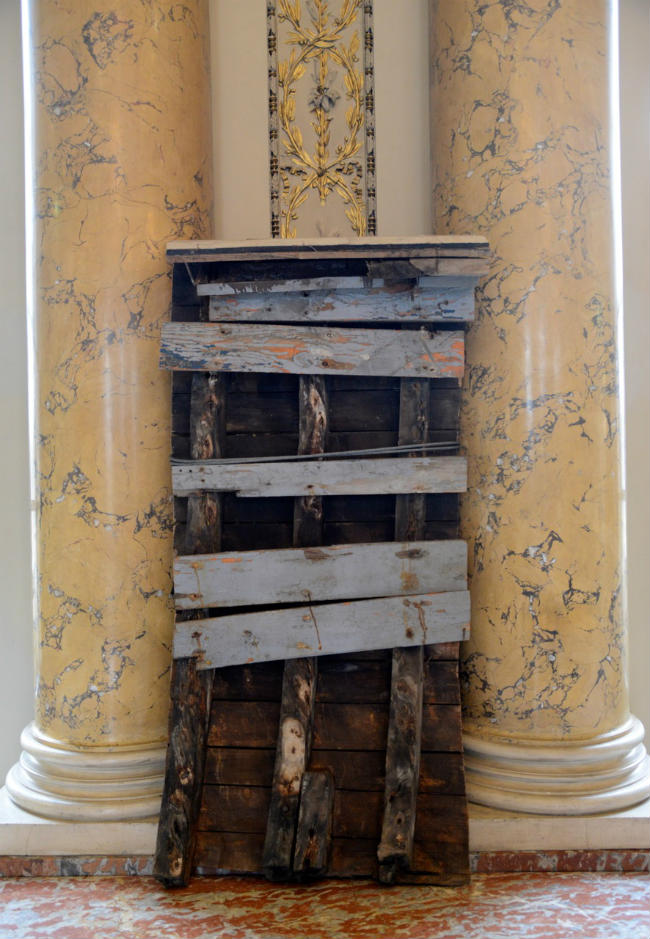 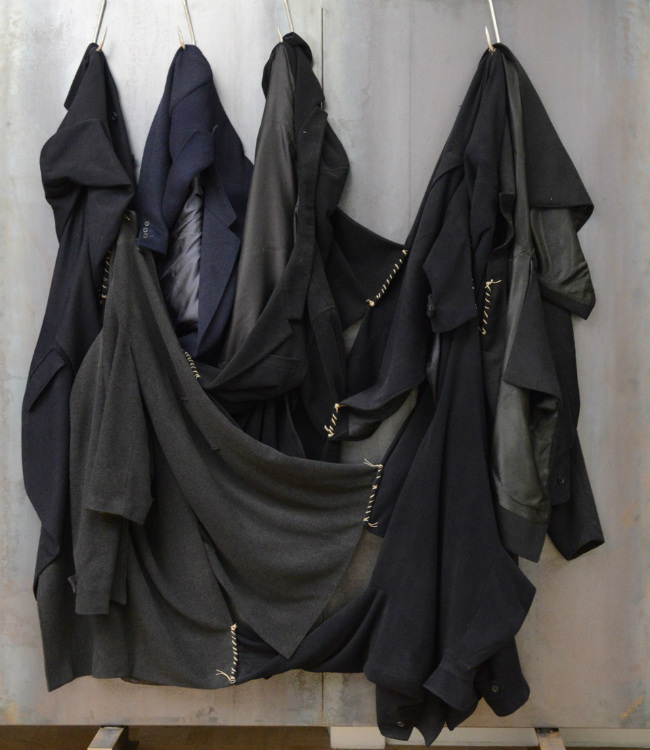 Previous Article Paris Dining: Two Exciting Bistros that Won’t Break the Bank
Next Article How to Get to Paris from the Airport