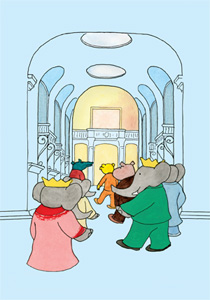 Les histoires de Babar is an exhibition celebrating 80 years since ‘Babar the Elephant’ was first published by Jean de Brunhoff. The exhibition runs until 2 September 2012 at Les Arts Decoratifs in Paris.

‘Babar the Elephant’ is one of the most popular children’s story book characters of the 20th century and the Arts Décoratifs’ Toy Gallery’s exhibition retraces the adventures of Babar since his creation in 1931. All the Babar books will be shown, along with a selection of a hundred original drawings that have been lent to the exhibition by prestigious French and foreign institutions including the Bibliothèque Nationale, Morgan Library and the Mary Ryan Gallery in New York, as well as by private collectors. This anniversary pays tribute to Babar’s creators, Jean de Brunhoff and his son Laurent de Brunhoff who continued his father’s work after his death at the age of 37 from 1941.

In an interview that Laurent gave to Dorothée Charlesin June 2011 he said that the idea of Babar came from bed time stories that his mother Cécile would tell him and his brother Mathieu. They fell in love with these stories and recounted them to their father Jean, a painter, who in turn made a picture book with text and it was published by a family run publishing house Le Jardin des modes.

The bed time story that Jean’s wife used to read to his children was about an elephant that is born in the jungle and travels to a city similar to Paris. It was, and will continue to be, a great hit with children all over the world in years to come. I remember when my grandmother gave my siblings and I a copy of Babar. With its orange background, the cover of that book is something I still have imprinted in my memory. I remember being fascinated by the story of an elephant fitting into a big city. A genius idea. 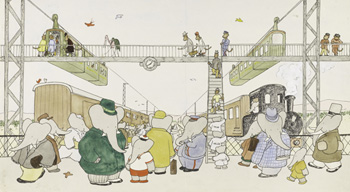 A synopsis of the story would be: A young elephant Babar, upon the death of his mother at the hands of a hunter, is chased by the same hunter. He manages to escape, in the process leaving the jungle behind. He arrives at a big city, and returns home to bring the knowledge he has gained to his fellow elephants. Just as he returns to his community of elephants, their king dies after having eaten a bad mushroom. Because of his travels and civilization, he is immediately appointed king of the kingdom. He marries his cousin, with whom he has children and together they teach them valuable lessons.

After the first book Histoire de Babar (The Story of Babar), six more titles were published before de Brunhoff died. Years later, the French publishing house Hachette bought the rights to the Babar series and the first seven Babar books were reprinted and millions of copies were sold all around the world. 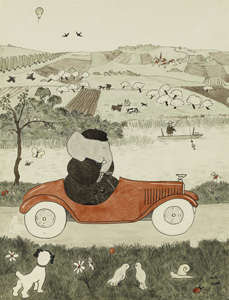 Jean de Brunhoff may possibly never have become an artist. He was the fourth and youngest child of a publisher father, Maurice de Brunhoff, and mother Marguerite.  He attended Protestant schools, including the prestigious Ecole Alsacienne. After a short stay in the army, Brunhoff decided to learn painting at the Académie de la Grande Chaumière in Paris. He married Cécile Sabouraud in 1924, and they had three sons Laurent (1925), Mathieu (1926) and Thierry (1935). After death struck at a fairly young age of 37, Jean de Brunhoff was buried in Père Lachaise Cemetery in Paris.

Soon after the end of the Second World War, in 1941, Jean’s son Laurent, who had shown a keen interest in painting, followed in his father’s footsteps as an illustrator and having studied at the Académie de la Grande Chaumiėre, began to create a new Babar series. Laurent ensure that he drew the elephants and other characters in strict accord with the style of his father so as to continue the style of the original seven books.  Laurent wrote six books, giving a total of thirteen amazing classics in the collection.

With regards to the drawings of the famous elephant’s future interpretation in books, Laurent replied instantly, “Il va pas changer.” He has kept his father’s style alive in his drawings and the change of author is almost unrecognizable. One hopes it would always remain so. 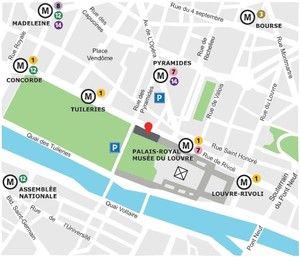