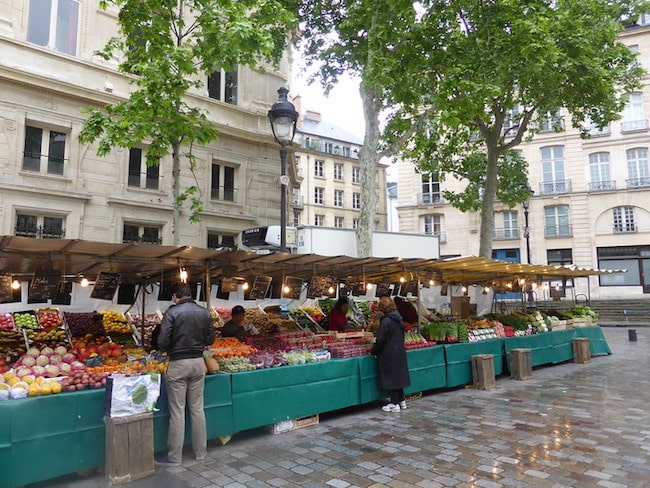 It’s so difficult to choose one favorite thing about Paris, in a city full of favorite things, but I suddenly remembered one thing that still makes me laugh, a memory of the Rue Lecourbe street market in the 15th arrondissement.

It was the first street market I’d been to in Paris, many (far too many) years ago. For Monsieur Lojois, the husband of Jacqueline, my employer as an au pair, Rue Lecourbe market was his weekly Saturday fix and he took me along with him that first– and every subsequent– Saturday morning. 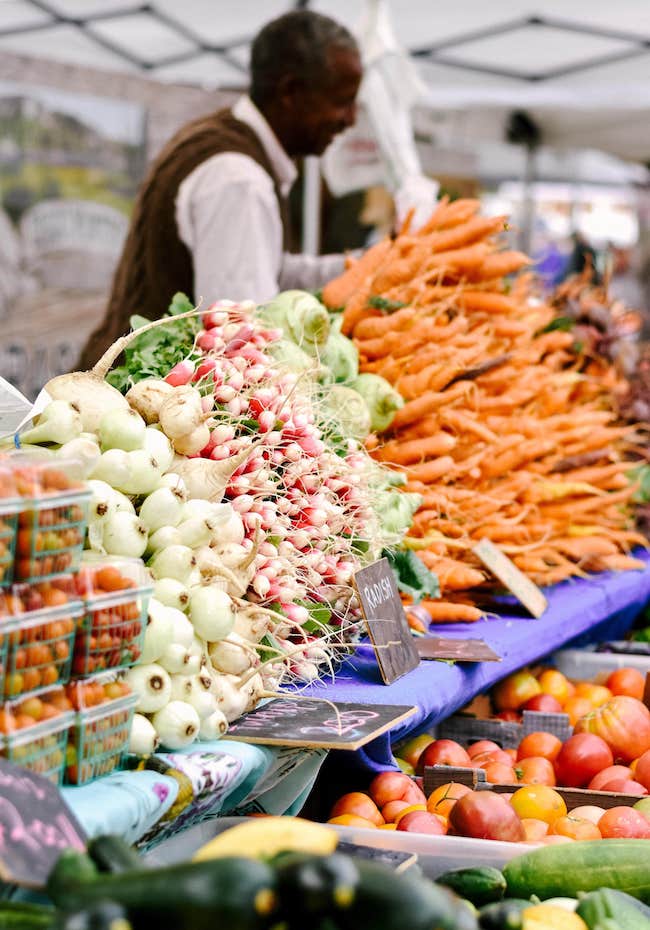 Rue Lecourbe market was and is, no different from any other Parisian market: fruit, vegetables, cheese, meat, charcuterie, fresh fish and seafood stalls lining both sides of a street buzzing with shoppers used to buying their food fresh from local, often biweekly, markets.

All was well until we got to the seafood stall. I should explain that up until that moment, while not a seafood virgin, I had been unused to the realities of buying food ‘au natural’.

My parents had always bought fish without heads, missing tails, fins, and of course without bones. Fish were filleted within an inch of their lives. Pallid, sanitized and unthreatening, it was impossible to imagine these fish had ever seen, let alone swam in, either a river or an ocean.

Crab came in a tin. 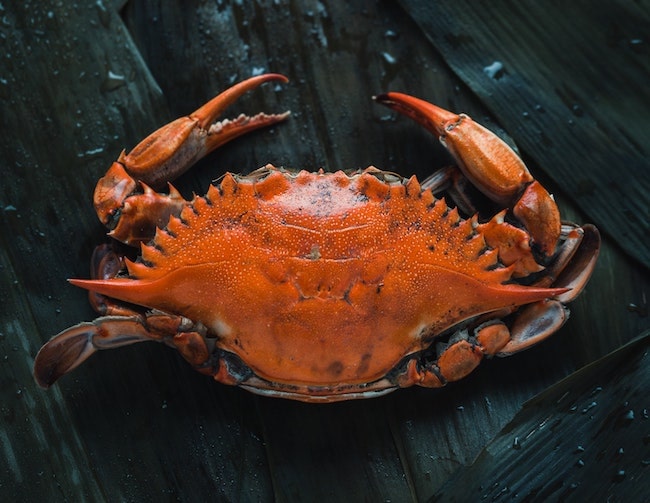 I had been given the big, ubiquitous French straw shopping basket as I’d left the apartment, with visions of carrying a few washed, shining bunches of grapes, the odd lemon and an abundance of fresh flowers spilling artfully over the sides. I would be a walking painting…

Four, understandably, annoyed crabs, not just crawling within inches of my side but sticking their heads up and out of the basket, had left me rigid with horror. Worse, of course, was to come. (How was Monsieur Lobjois going to get them into that tin?) No, I wasn’t quite that dumb, but I knew these crabs were in for a sticky end; they hadn’t been bought as cute little pets for Pierre and Philippe. (Which was naturally a relief, as an au pair I’d have had to keep them company and amused when the family were out during the day.) 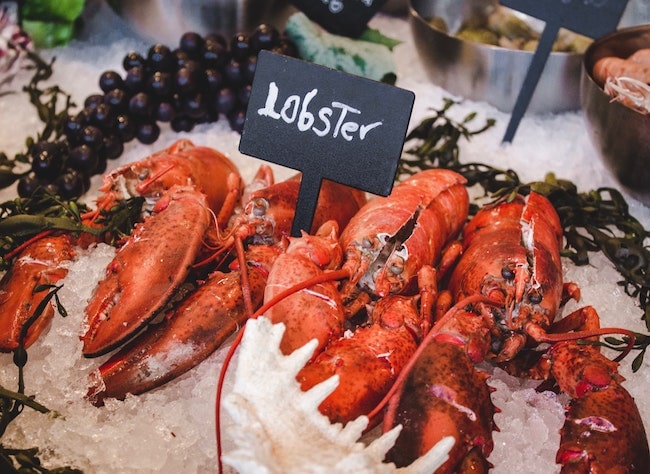 I was glad we hadn’t had enough time to name them when I saw the pressure cooker pulled out of a kitchen cupboard. Nowadays, live crabs and lobsters are put into the freezer to slowly and hopefully, humanely, go to sleep and quietly die out of sight. That method was unheard of back then.

The noise that emitted from the pressure cooker was like a high pitched scream that had made my blood run cold. (I was told it was the air escaping from the tiny hole in their heads, but not sure if that is either true, or that it actually makes it any better!)

I had made the mayonnaise, laid the table and cut the baguette. I couldn’t look at the crabs; in fact it took me years to eat crab again.

And I never choose a live one out of a tank.

Perhaps I’m more like my parents than I believed.

Previous Article 50 Things I Miss About Paris: Part III
Next Article The Marvelous Madame Marval: A Woman Artist Among the Fauves