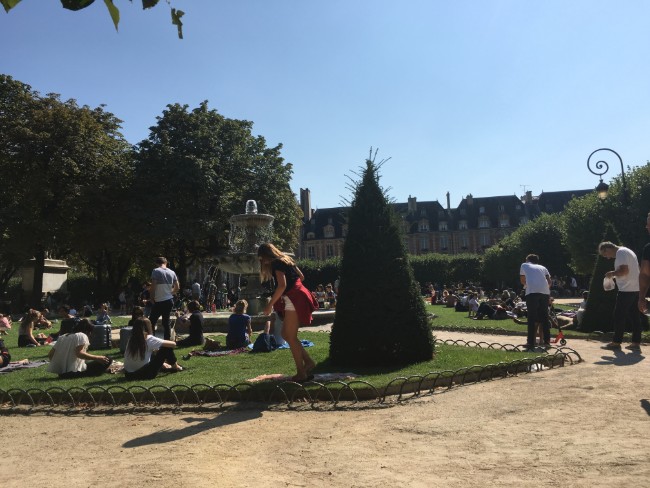 La rentrée gives Paris a fresh start. Show time’s over and the true Paris picks up where it left off in June. Being in Paris for two weeks centered on September 1st, I noticed a marked difference before and after the end France’s summer holidays.

On the official last weekend of summer, hordes of tourists (note how I don’t include myself) blocked the street at the corner of Pont d’Arcole, where the Quai aux Fleurs meet l’Occitane. The approach to Rue de Rivoli via Rue Vieille-du-Temple was barricaded by pathologic shoppers walking in the road. The crowds at Place des Vosges rivaled Woodstock. 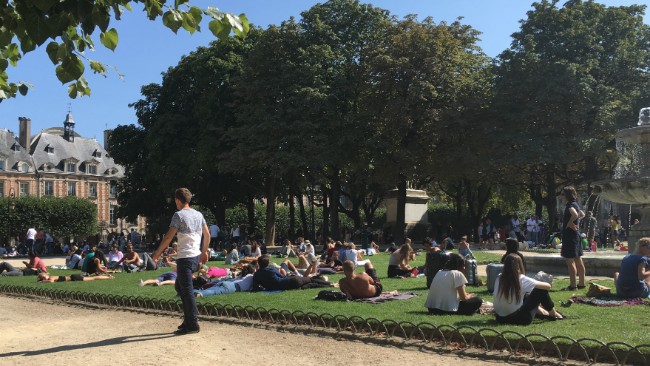 The only hint that school was about to resume were the small phalanxes of youth, popping up “Where’s Waldo” style in their day-glo tees. First year university students put through their paces perhaps? I’d run into them again.

The first Monday in September – BANG – it was as if Paris had closed its proverbial gates. Le Bassin de la Villette, which had teemed with swimmers and pedal-boaters the day before, was virtually abandoned. Except for the ubiquitous boules players, I drifted along the canal’s banks, practically alone. 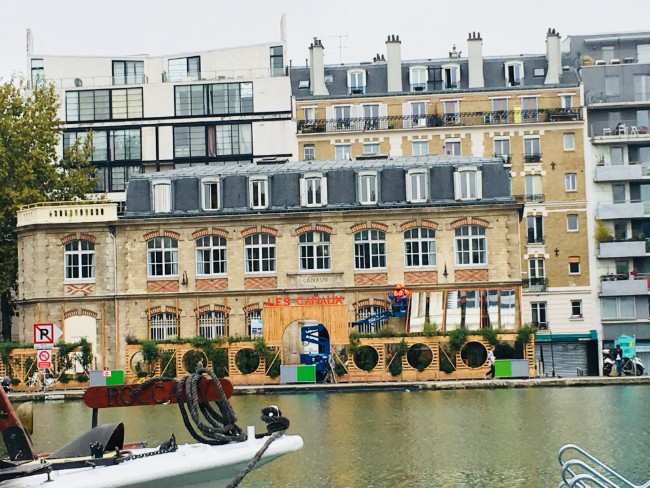 A major ‘before and after’ I witnessed was due to my proximity to the Sorbonne – I was staying at a hotel on Rue Victor-Cousin (Hotel Design Sorbonne) directly across from the street. The surrounding area, including Place de la Sorbonne, which until Saturday night had been a buzzing tourist hive complete with the requisite accordionist playing Amelie’s Waltz, had turned into a pep rally of various teams of first year students in their bubble-gum-colored tops. They hung out, huddled, chanted, and skateboarded in figure 8s around the fountains and planters of the square. Ahh, youth. Some kids were saying goodbye to their mums and dads over dinner at the sidewalk cafes. 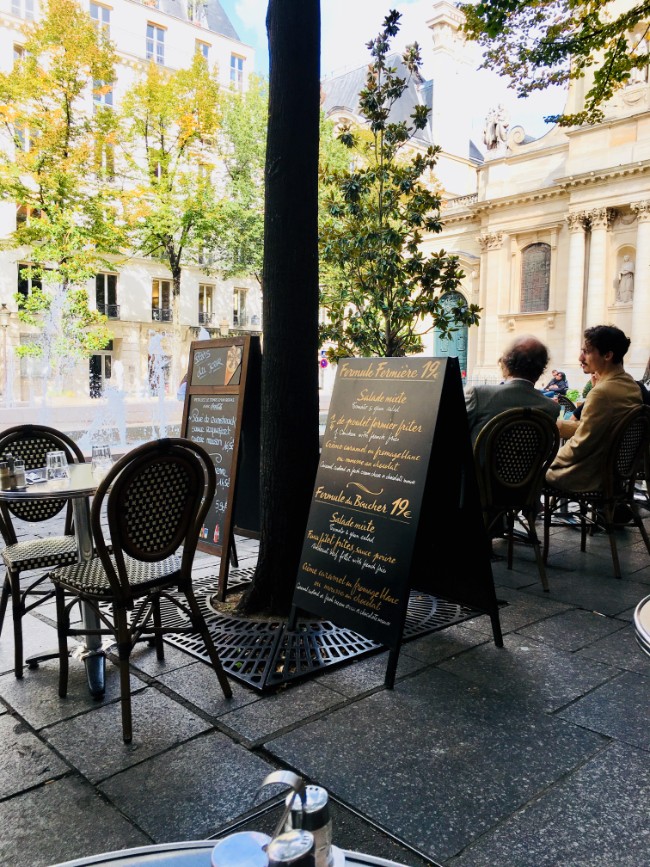 The next day I traipsed down Rue Victor Cousin and Rue de la Sorbonne and saw them again, nervous now, passing through the Sorbonne’s hallowed portals, having their rucksacks checked by security. In the afternoon students were buying their textbooks from the many librairies lining the adjacent streets and queuing up at Boulevard Saint-Michel’s many Gilbert Jeune outlets. I saw a small group of kids having a celebratory cinq à sept, drinking beers on the Sorbonne’s front steps. First day of school – Parisian Style! 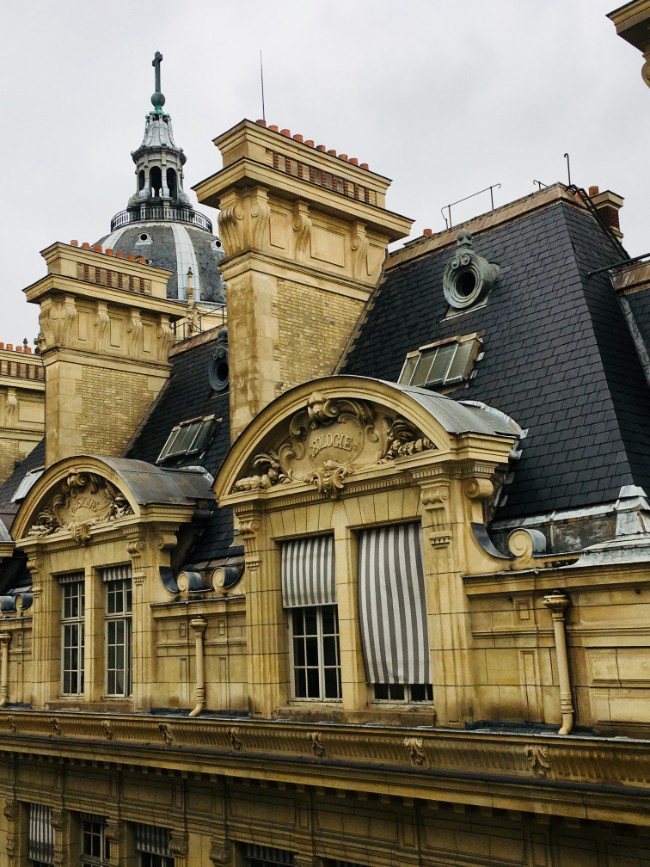 Another ‘up close and personal’ change I experienced upon la rentrée was again down to my hotel’s location. For the first seven days of my stay, I had a relâché approach to shutting the curtains and windows to my room. The Sorbonne offered up a splendid view but no one was home! This all changed when I threw open my morning window to find 40 kids sitting in a classroom across the street where previously there had been none. Time to draw the blinds…