The Bonjour Paris editorial team recently requested reader submissions with memories from first trips to Paris. We were overwhelmed with wonderful responses, which we are publishing in a special series. (Read other installments here.) Here, Everett Kent recalls a morning spent watching the park police kick people off the grass in the Luxembourg Gardens.

My beloved and I celebrated our 40th anniversary in 2014 by spending the month of May in Paris in a small apartment on Rue Lagrange across from Notre Dame. Our favorite part of Pais was wandering the streets…. getting lost and discovering unique places and people. My wife Diane painted and sketched watercolors while I people watched and pretended to write.

On one of these wanderings we ended up in the beautiful Luxembourg Gardens. We quickly noticed that people only sat on one lawn (a sign announced that it was “forbidden” to touch the grass on the other lawn). We sat for a rest on a bench near one of the forbidden “no people” lawns and were immediately given some hilarious Parisian entertainment.

We watched (and laughed) as two park policemen, loudly blowing their whistles, would arrive every 15 minutes or so to remove anyone who dared sit on the sacred grass. Nuns, pregnant mothers, children, the elderly and infirm, didn’t matter, they were all tossed off. Les Keystone Cops of urban green space.

One precious Paris memory of many. We will return next year.

Everett Kent is a retired business consultant from Newmarket, Ontario, Canada. He and his wife sped their winters on The Big Island of Hawaii and for something a little different they’ve also “lived for a month” in two European cities… so far Paris and Florence. They hope to do many more. He is the author of an e-book called A Season of Aloha…. “a sad tale about my very uninteresting life … guaranteed to make the reader feel better about their own journey.” 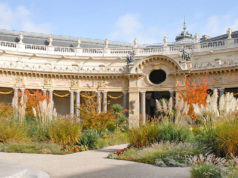 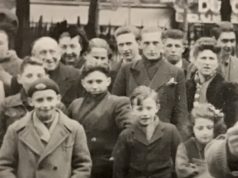