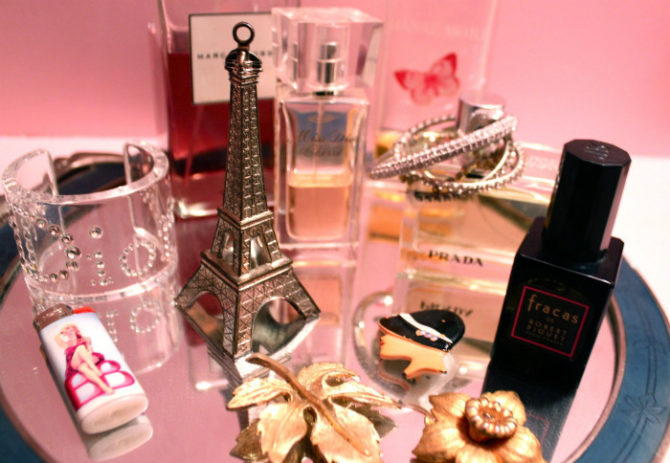 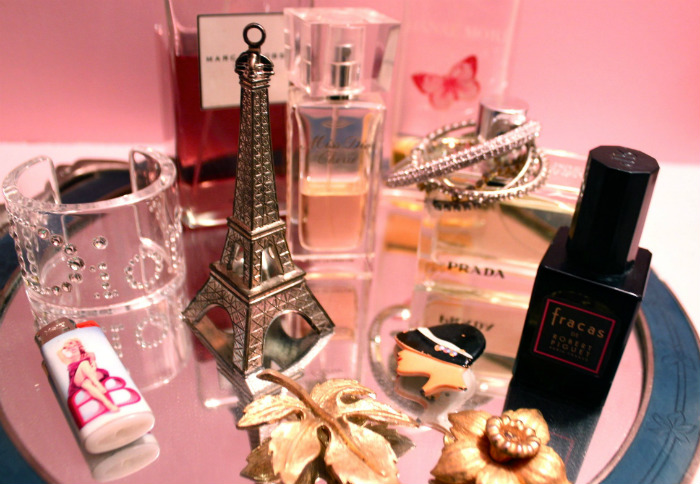 How to Look Like a French Girl! Top Ten French Girl Must-Haves! How to Get That Je Ne Sais Quoi! Be French: Exude Confidence! Oh Là Là! Do any of these captions look familiar? They should. It seems like every few weeks a new article sweeps the Internet touting the superior style that seemingly all French women possess. The buzzword “effortless” usually finds its way into these articles as an anchor to the theory because according to these assertions, French women are these celestial beings who never have to pluck their eyebrows, watch what they eat, or where make-up because they were born with an intrinsic sense of style that the reader can acquire by simply clicking!

These articles are usually supplemented with Sartorialist-worthy (read: MODELS) subjects wearing expertly cut pants, tailored dresses hung on delicate silhouettes and floppy hats, posing stoically outside of a Fashion Week tent. Or the glossy editorials boast the “quintessential” Parisian style with the French version of the Jackie/Marilyn style paradox: Either a lithe Audrey Tautou looking model with a pixie cut looking into the camera with a doe-eyed “who moi?” look of wonder, or a salacious Bardot-esque model with “come and get me” eyes. 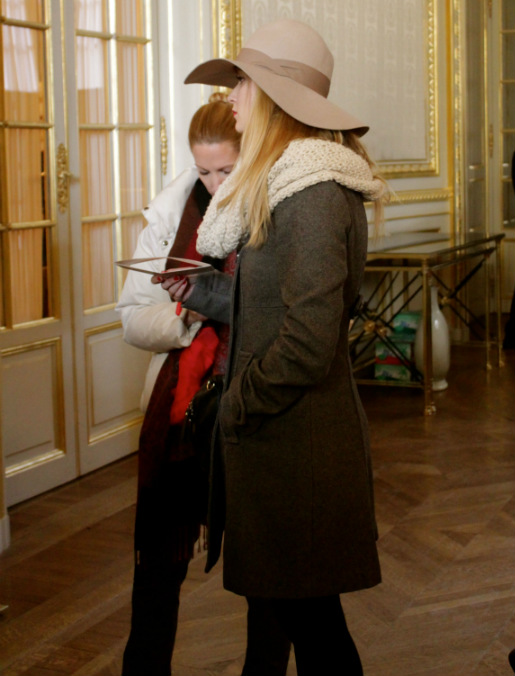 A scene from Paris Fashion Week by Lisa Czarina Michaud

I always finish reading these pieces feeling far from effortless. I am someone who has to put some thought into getting dressed, as I am fairly certain that if I simply paired a leather mini skirt and a slouchy “boyfriend” sweater with a pair of the Parisian sneakers du jour: Stan Smith Adidas, I would look less chic en français and more like a poorly executed throw-back to Working Girl.

Before moving to Paris six years ago, admittedly I was also sold by this imagery of Parisian chic, and packed my bags fearing that I would have no place in this City of Light; I did not own a timeless Saint Laurent “key piece” that I could remix with anything, or have flawless skin that would harmonize with a facile makeup regime consisting of clear chapstick and one single coat of mascara. What effortless looks like on me, a petit Italian girl from Long Island, is what it is defined as in the dictionary: displaying no signs of effort, or to paraphrase, just plain lazy.

As I tried to pack a year’s worth of clothes into one roller board suitcase, the idea of Parisian perfection relentlessly gnawed at me, echoing my fifth grade crush who ascribed me as an “It” girl by way of Stephen King, rather than Stéphane Rolland. Would my own personal style paired with comforts like broken-in ballet flats and adult-acne concealing foundation make the cut?, or would I be looking at possible deportation for insulting the natives with my applied style since I will never be effortless? 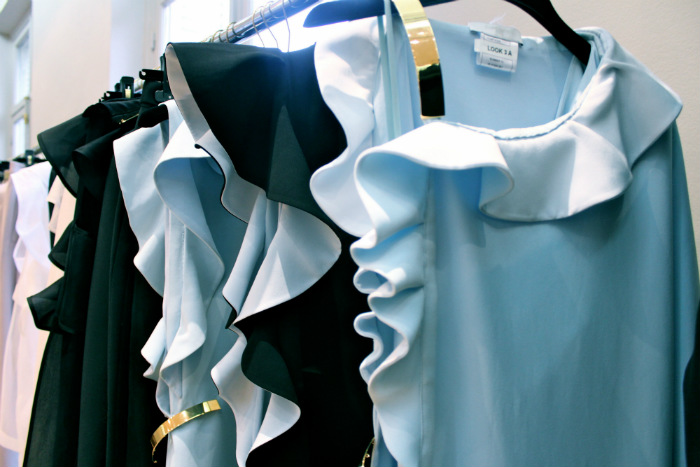 While I knew that I would never blend in as a Parisienne, my first few weeks in Paris were spent wandering the city to soak up some of the style culture that French women are celebrated for. Expecting to find a pastiche of Charlotte Gainsbourg and Léa Seydoux doppelgangers out like gazelles in their natural habitats, what I found in its stead was not far from what I would find in any other metropolitan city: women who wear diffusion fashion from H&M and Forever 21; women who like me were also having a frizzy hair day because Paris could rival with the Pacific Northwest in annual precipitation; women of various sizes and body shapes weighed down by the pressures of living in a city; and they came from diverse ethnic backgrounds where the new headlines should really read: French Women! They’re Just Like Us!

What I learned over the years is that French women regard American women—particularly New Yorkers—in equal admiration of style. French fashion magazines often feature style à l’américaine editorials with their own take of American style: featuring a carefree model blithely hailing a cab in Michael Kors or pensively waiting on the platform for the uptown 6 in Zac Posen. 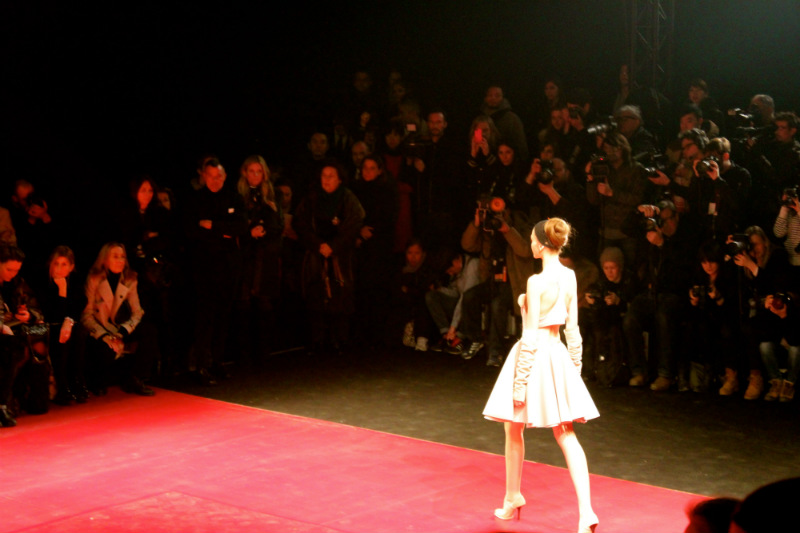 When I bring up this fascination with the French Girl effortless style to my French girlfriends and in-laws here in Paris, while they are flattered to be regarded as fashion authorities, their chief complaint is that they can’t even keep up with looking like a “French Girl.” They feel they have been reduced to caricatures of being perfectly styled and perfectly slim, mute living dolls. Additionally, they are confused by why it is assumed that they don’t put any effort into themselves and devalue the claim by reminding me that it is no coincidence that L’Oréal, Lancôme, and Clarins are French founded beauty brands. 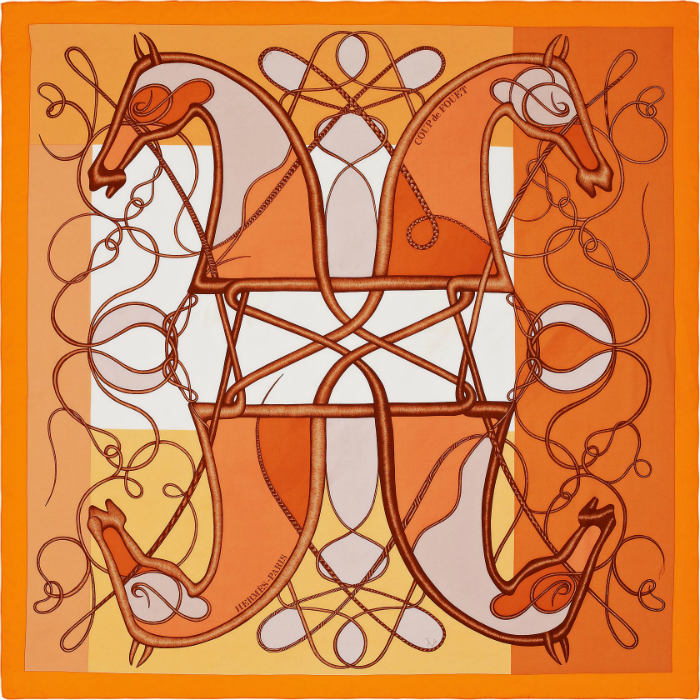 An example of the diversity and attainable style that comprises the city of Paris is refreshingly depicted in the French film Bande de Filles (English title: Girlhood), a film directed by Céline Sciamma that inadvertently challenges the manufactured image of Parisian women. In this coming-of-age film that offers a fuller picture of modern day Paris through character-study, the viewer experiences the city’s suburban life through the scope of young women of Senegalese and Algerian descents who are rarely depicted as your typical French girl in mainstream media, but who are however your everyday Parisiennes.

While the mystique of the evasive French Girl Style will most likely remain a mainstay in fashion fluff pieces, these are generalizations painted in extremely broad strokes mostly targeted to sell a lifestyle that does not exist to the majority of French women. Are all French women stylishly disheveled or fit into this one mold of one professed enviable style, stopping their otherwise busy days to pout coquettishly on the Pont des Arts in a tutu? Good grief, no. No single culture of women can promise that, and that’s probably a good thing. As I continue on my journey as an adopted Parisian, walking these diverse streets, with confidence I continue being my American self where my trips to the supermarket in leggings have yet to scandalize the locals, while French women also continue to be themselves. 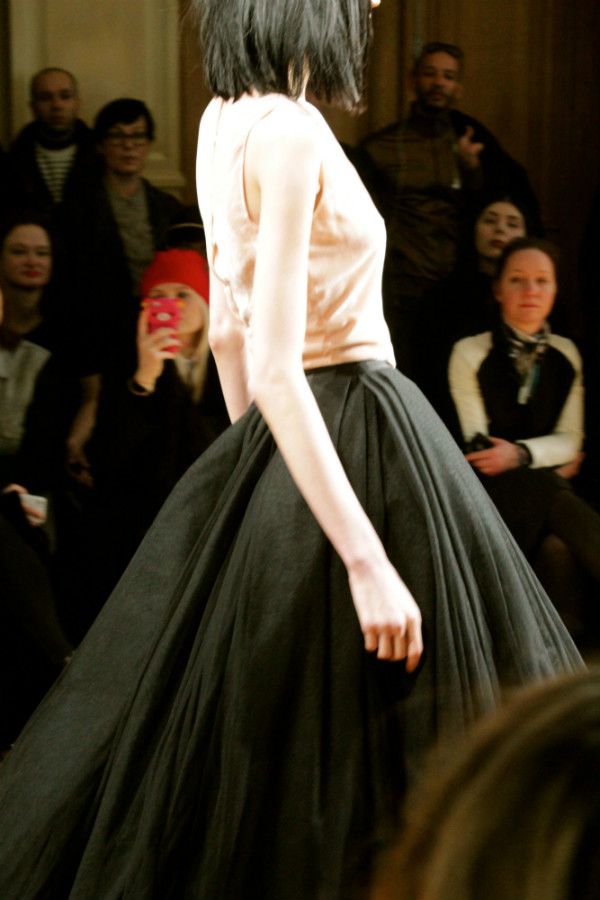