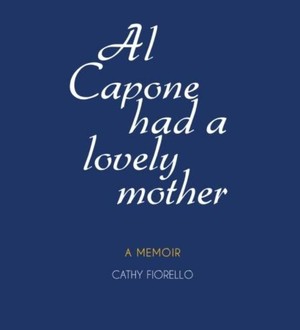 I met Mary when I applied for a job as her editorial assistant at Parents’ magazine in Manhattan.  I was just out of college and just over the bridge from Brooklyn, where I was born and raised. Mary took me under her wing and I followed her lead, not only on the job, but after hours, too, as she introduced me to her city, and the world beyond.

Dining in Manhattan was intoxicating, especially for a new arrival. The signature dish at Mary’s favorite French restaurant, Charles a la Pommes Souffles, was an epiphany for me. Savoring those elegant fingers of puffed potatoes, hollow inside, crackling crisp outside, was the beginning of my love affair with all things French.

The first time I went to Paris, Mary gave me a list of things to do in the three days I would be there. There wasn’t a museum or an architectural marvel on it. “Time for those on your next trip,” she advised, knowing that once I saw Paris, I would be back. Instead, she sent me to fabulous food markets to observe the soul of the French at work. “Be sure to have a Dubonnet at Café de Flore,” she said. “The Tuileries Gardens is a must. Have a picnic by the pool and watch the French do their thing.”

The French thing, I discovered, is the same as Mary’s. It’s the art of enjoying life. More important, she told me to go to France expecting to like the French, and they would like me, advice that continues to work for me and that I continue to pass on to friends facing their first encounter with Parisians. In thirteen visits to the French capitol, Mary never met a Parisian she didn’t like.

Cooking was another of her passions. She loved nothing better than gathering friends around her table. Dinner at Mary’s was not only delicious, it was served with panache. Even an impromptu lunch of pasta with butter and cheese for just the two of us was served on heirloom china with monogrammed silver carefully placed beside it. Sometimes the plates were chipped, but they were all she had left of a cherished aunt. Aunt Margaret was gone, but her plates would live on as long as Mary did. Delighted to be there, none of us minded eating around the chips.

Much of Mary’s meal preparation was based on ritual, written in stone. She had learned from observing the French in their marketplaces that the secret of their success was the use of only the freshest ingredients. In recreating the foods she loved, she did as Parisians do. She went daily to her favorite markets buying what she considered each did best and buying just what she needed for that day’s meals. She applied the same rule to coffee. No bean was ground before its time which, for Mary, was immediately before it was brewed. When I remember those dinners, I can still hear the whir of her coffee grinder above the conversational din of those she had left at table to perform the task.

I rarely declined an invitation from Mary, but the one I prized most was to her annual Christmas cocktail party. Friends from far and near fought gridlocked midtown traffic and winter blizzards to get there. Mary would be at her door to greet us, strands of pearls cascading down her caftan, one hand outstretched in welcome, the other holding a very dry martini.

In a world of relentless change, Mary’s Christmas party was a constant. The guest list was always the same; it was the  one time during the year that we all met. Some of us were raising families post-career, others were publishing colleagues of Mary’s; still others had been friends of hers since their college days. An only child, Mary had not one surviving relative when I met her – but she never let go of a friend. The one thing the guests at the party had in common was we were all part of Mary’s family, the one she had created when the family she was born into had passed on. We came together at Christmas and nibbled on bite-size squares of her famous quiche and exchanged gifts to the intimate crooning of Yves Montand, whom Mary had “bumped into” in a Paris bookstore many years before, and had retold the thrill of that encounter every Christmas since. Some of us had come a long way for those little bites of quiche. We all felt special to be there.

In the beginning, I had a hard time accepting a world without Mary in it. Until I realized that she is still in my life. When I see pommes soufflés on a restaurant’s menu, the “Aha!” I exclaim is for Mary. Last spring, when two sparrows swooped down on my table at Café de Flore and flew off with pretzels in their beaks, my first thought was, Mary would love this! When I arrive at Grand Central Station, I still look for her under the clock at the information booth, in raincoat and Reeboks, eager to take my arm and lead me to a gem of a bistro.

The excerpt above is reprinted from the Paris section of Cathy Fiorello [2]‘s new book, “Al Capone Had a Lovely Mother [1],” a memoir in three parts that tells about life in the three cities in which Fiorello has been happiest in:  New York, San Francisco, and…..Paris, of course.  The book is currently available through Amazon [1].

We update our daily selections, including the newest available with an Amazon.com pre-release discount of 30% or more. Find them by starting here at the back of the Travel section [4], then work backwards page by page in sections that interest you.