Tales from a Paris Podcaster: A Chance Encounter with Old Jim, Expat for 50+ Years 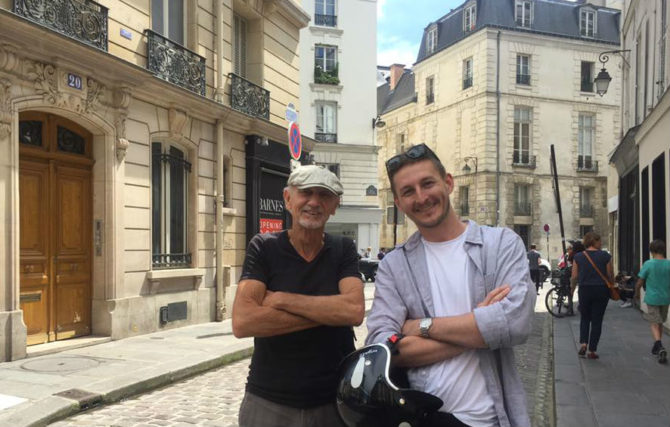 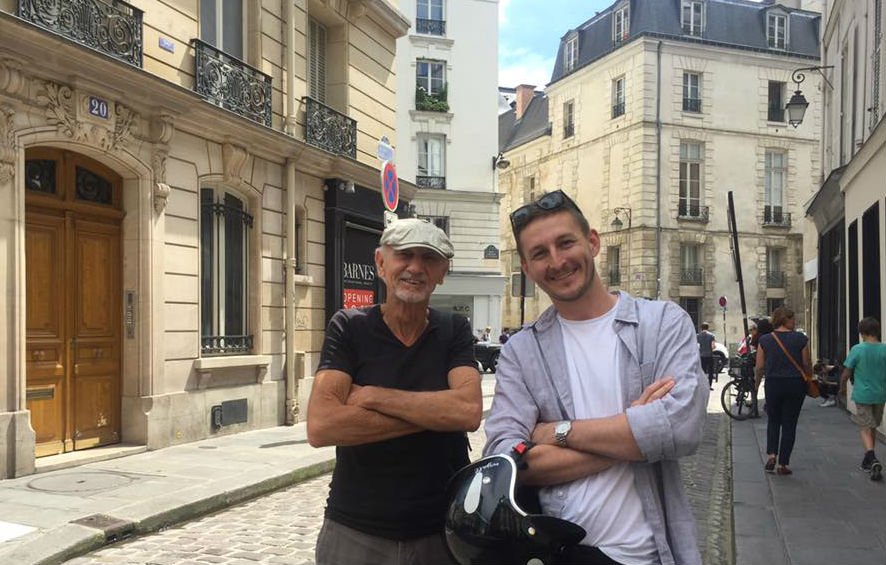 Here’s a dispatch from Oliver Gee, the host of The Earful Tower podcast. This time he tells the story about his chance meeting with Old Jim in Paris and how an unlikely friendship formed.

Usually with this podcast, I stumble across someone who’s doing something interesting in Paris and then ask them if they want to be on the show. Typically, they’re promoting something (a book, a cafe, a business) and they see it as a good chance to get their brand out there.

But that’s not how it was with Old Jim.

A friend of mine had suggested I try and find the “longest serving expat” in Paris, as in, the person who once upon a time decided to move to Paris and never left. It was a great idea, I thought, if I could only find them.

A few weeks later I was lost in the Marais district (which is incidentally the best way to see the Marais) when I stopped in the middle of an intersection and looked in every direction. 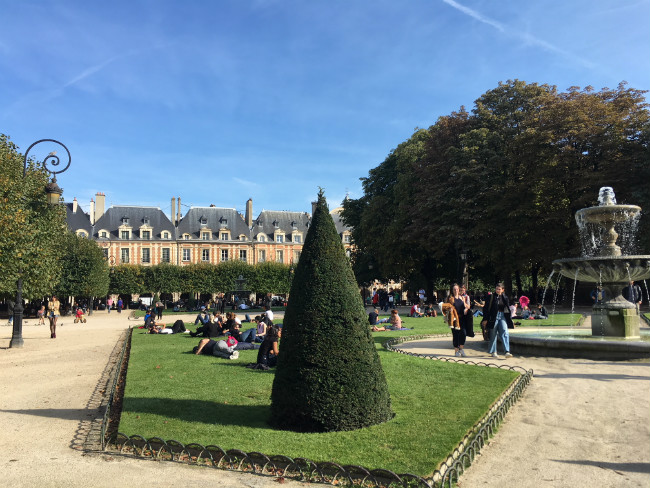 “You look lost, can I help,” said a wizened, elderly gentleman with a warm, British accent. He said his name was Jim.

The cafe I was looking for was perhaps too trendy for this 71-year-old, but he tried to help me find it anyway, and we got to talking.

The idea struck me before we headed in separate directions.

“I have a podcast, Jim, kind of like a radio show, and I’d love you to be a guest. I’d love to hear how Paris has changed, and your tips for other expats starting their own journey”.

He promised me that he had nothing interesting to say, but agreed anyway. He also told me that he didn’t have the internet, or a telephone, but that I could call his wife and arrange a meet.

Life got in the way, and it wasn’t until months later that I dug out the scrap of paper with the number he’d scrawled, to which I’d added “Old Jim” underneath in black pen.

Next thing I knew, I was standing in a courtyard in the 11th arrondissement as planned, but realized that I didn’t even know Jim’s surname – so I didn’t know what buzzer to push. I did what anyone else would do, and yelled “Jim” into the seven storeys of windows and hoped for a response. As luck would have it, his window was open, he yelled down his last name, and I found myself in his lovely old Parisian apartment.

He talked fondly of his time in Paris and shared his perspective after 50 or so years as an expat.

He may not officially be the longest-serving expat, but you’d be hard pressed to find a better candidate for the show that we made.

As for Jim, who still didn’t have the internet, we had to arrange a meeting to listen to the episode together. We met down by the Seine River at one of the cafes he had recommended during the quick-fire round. 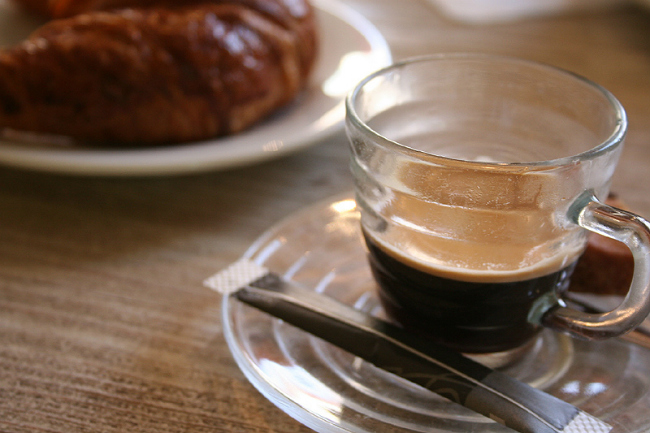 He sat, with an allongé coffee in one hand and with one ear leaned close towards my laptop, totally silent except to say “That’s true enough” every time he agreed with a point he had during the episode.

It was one of those rare episodes where the guest had nothing to promote – not even himself – and it was a pleasure to have been able to capture it.

The Earful Tower podcast (theearfultower.com) is a regular show all about Paris, with different guests each week. You can subscribe to it on iTunes here, or read more about the episode with Jim here.