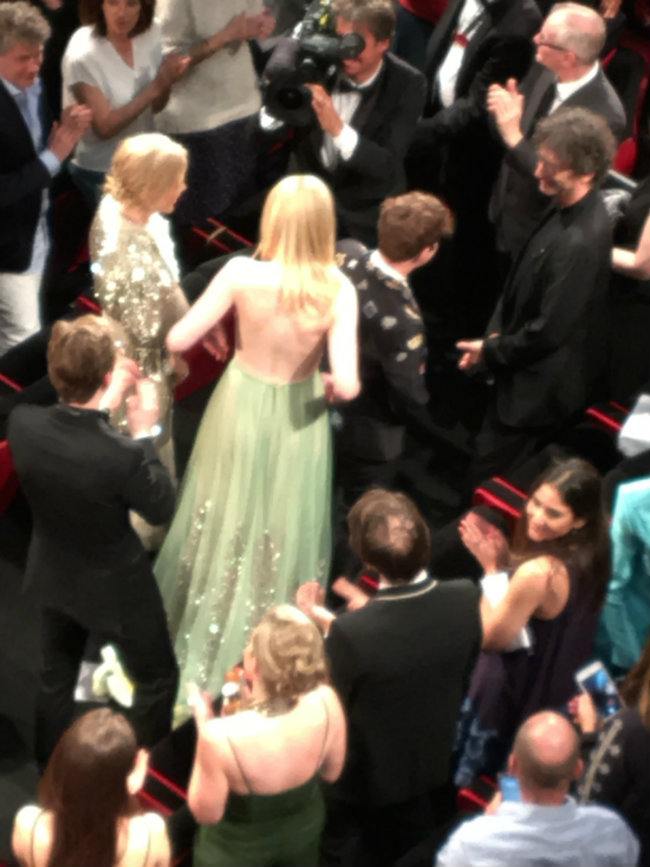 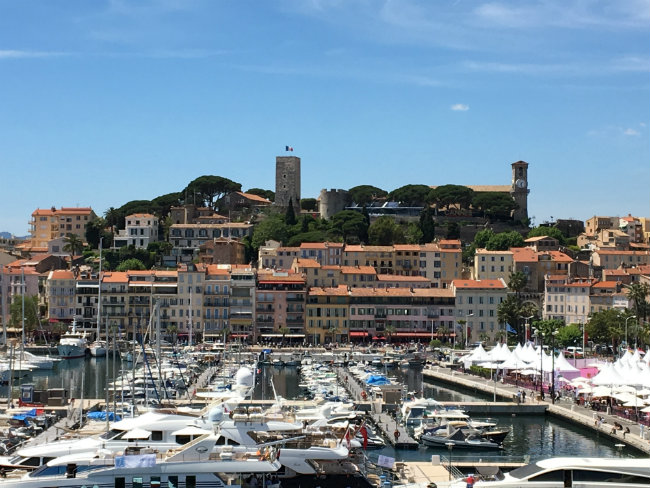 La Croisette – no matter what time of year – is always an exciting place to be. It gets a bit more exciting in mid to late May, when the esteemed Cannes Film Festival is in full swing.

Sidewalks become packed with eager throngs as celebrities make their way out of long, black cars into the Grand Palais for their films’ premiere. Shouting photographers crane their necks and their lenses, eager to get a coveted, well-timed shot of a celebrity working le tapis rouge. 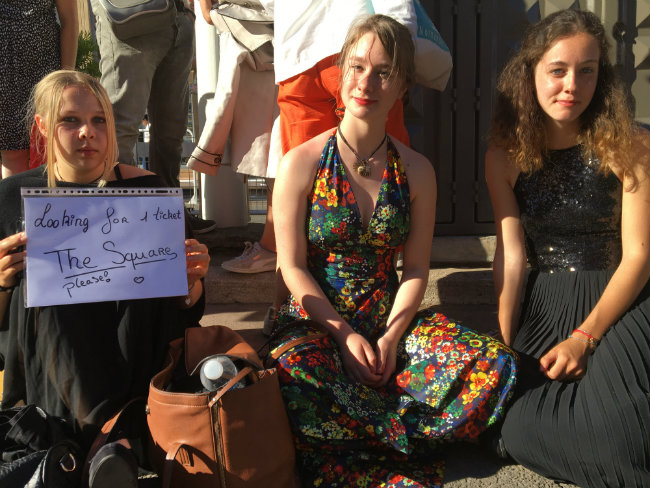 Crowds along La Croisette clamor for tickets, some hold up signs for a screening invitation. Photo: Anne McCarthy

At the 70th Cannes Film Festival (17 May – 28 May), locals, members of the global press machine, film industry elite, and, of course, movie stars, fill La Croisette with a flurry of excitement, a rush of masses, and something to feel hopeful about.

It’s near-impossible to get a table for a group along La Croisette at rush-hour dinner time, around 7 to 9pm. Producers, directors, actors, and reporters flock to nearby restaurants like La Potinière du Palais (13 Square Mérimée) for wine-soaked dinners, as cigarette smoke hangs like an ever-present cloud around the outside tables. And after a busy day of press conferences, or simply strolling along the Croisette as a bystander of the festival, many treat themselves to an ice cream from Glacier Vilfeu (14 Rue Bivouac Napoléon), which is always filled to the gills. As described by a local, “it is the best ice cream there is.” 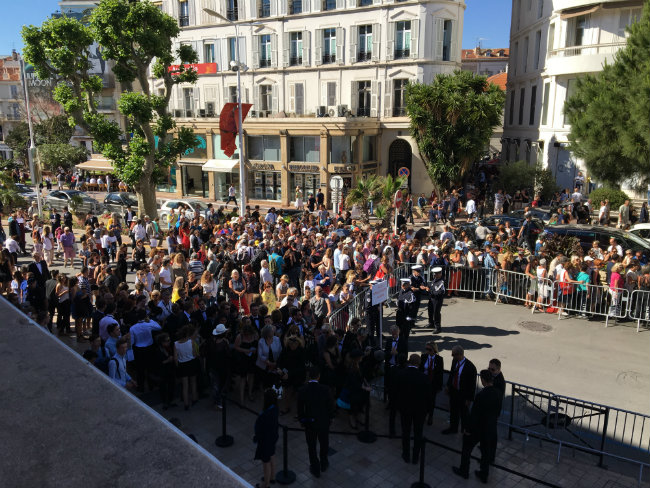 The Croisette is peppered with breathtaking views of glamorous yachts and sailboats, glittery ocean water, and sand so fine it looks like silk. Cannes in May – or anytime – is a lovely place to be.

Yet, amid the glitz and glamour, the mood at this year’s Cannes Film Festival has become slightly somber after the news broke of the tragedy at an Ariana Grande concert in Manchester, UK. And the Cannes Film Festival, which is notable for its international-ness, held a moment of silence on Tuesday for the victims. 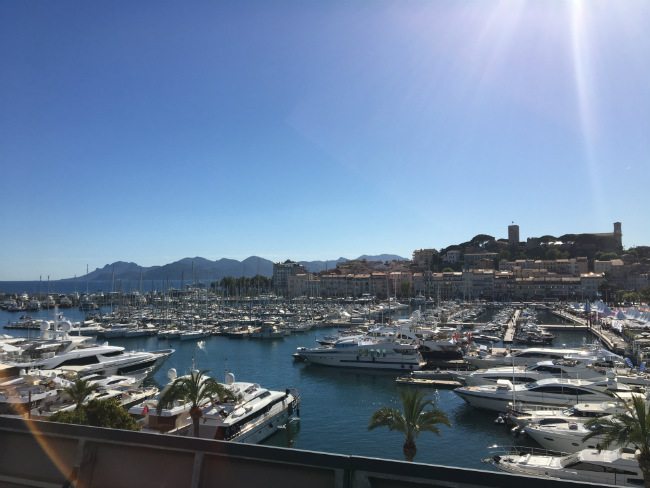 “This is yet another attack on culture, youth and joyfulness, on our freedom, generosity and tolerance, all things that the Festival and those who make it possible –the artists, professionals and spectators– hold dear,” the festival said in an official statement.

As the showbiz ethos goes: the show must go on. The rest of the week in Cannes is packed with exciting screenings; the most-hyped among the remaining premieres is Sofia Coppola’s The Beguiled, starring Kirsten Dunst.

Captured here are some moments from this year’s Cannes Film Festival.

For more of correspondent Anne McCarthy’s coverage of the film festival, click here. 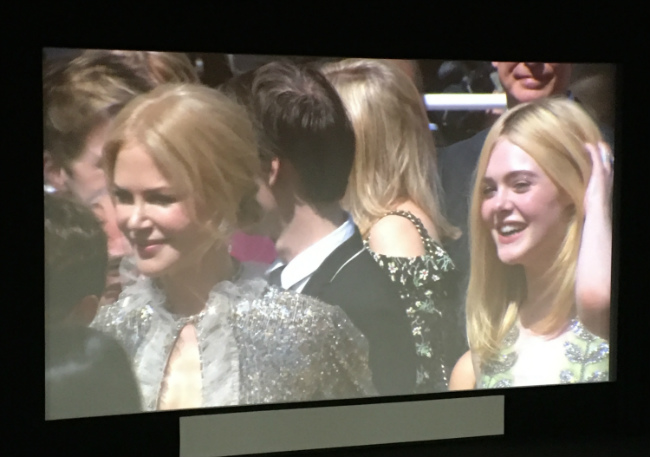 Nicole Kidman and Elle Fanning at the premiere of “How to Talk to Girls at Parties.” Photo: Anne McCarthy

Inside the glamour of the festival – premiere screenings (“How to Talk to Girls at Parties”). Photo: Anne McCarthy 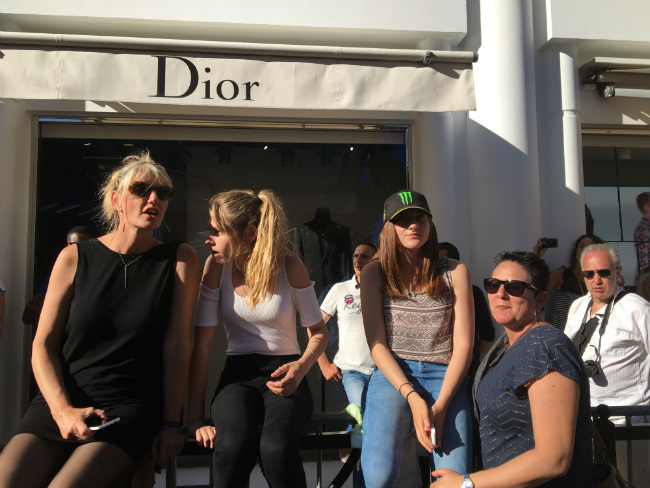 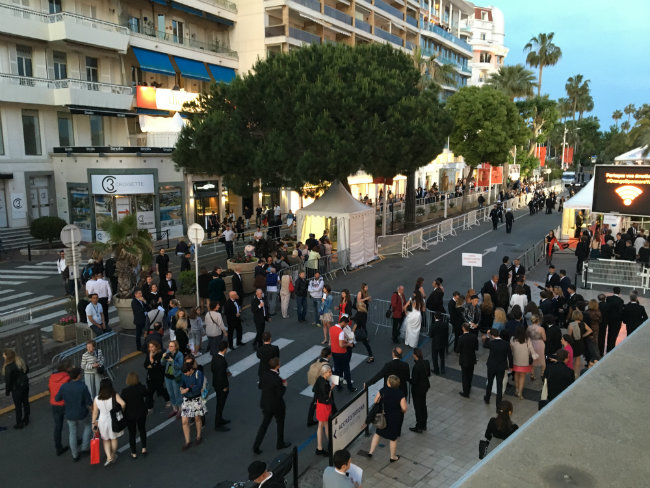 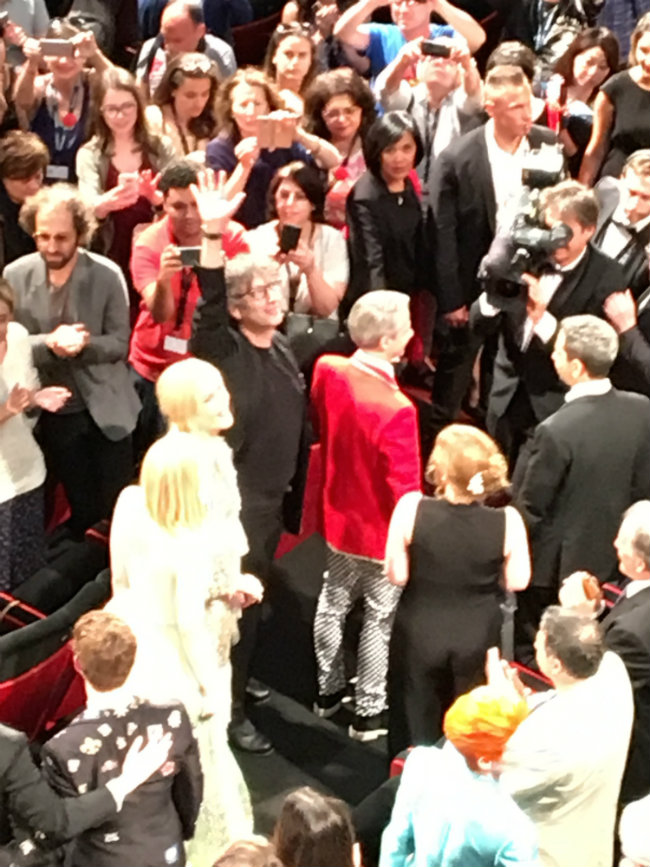 screening for the premiere of “How to Talk to Girls at Parties.” Photo: Anne McCarthy 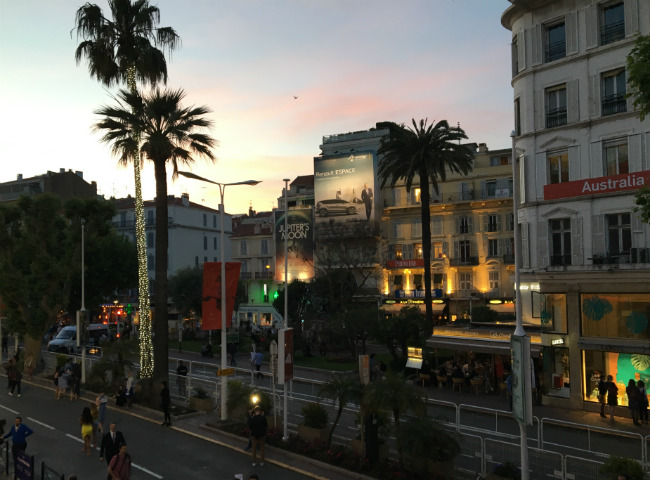 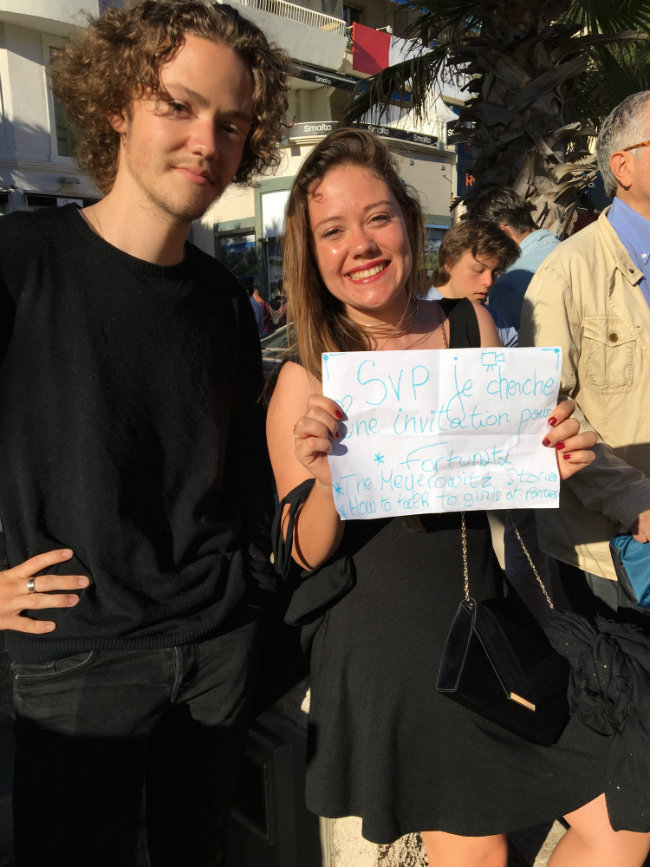 On La Croisette, holding up signs for a screening invitation. Photo: Anne McCarthy 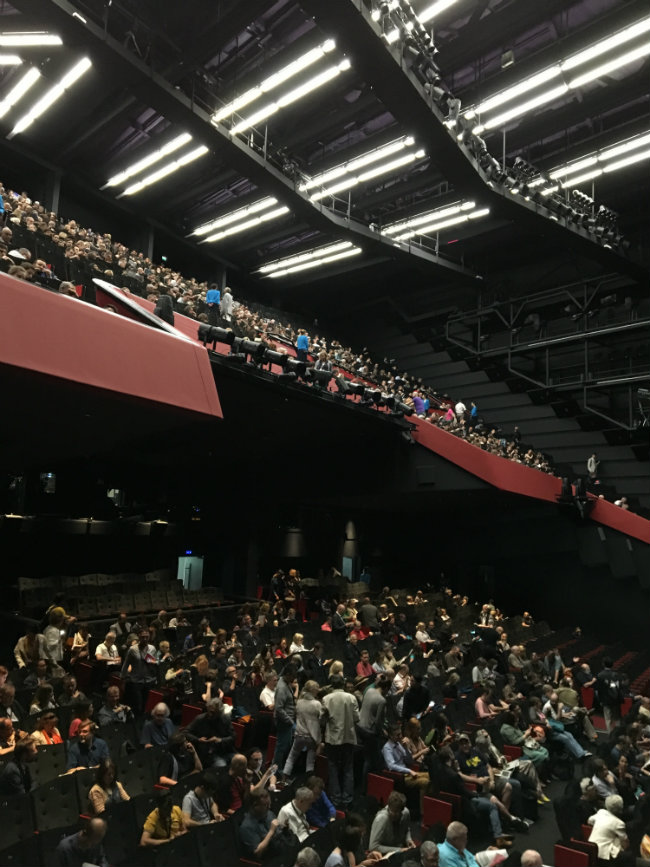 Screening of a film premiere at the Cannes Film Festival. Photo: Anne McCarthy

Photo credit : Inside the glamour of the festival – premiere screenings (“How to Talk to Girls at Parties”). Photo: Anne McCarthy