Purim in Paris: Hamantaschen, Queen Esther and Revelry from the Marais to the Louvre 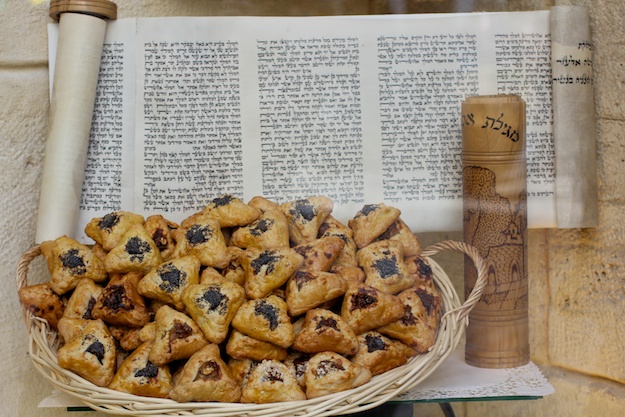 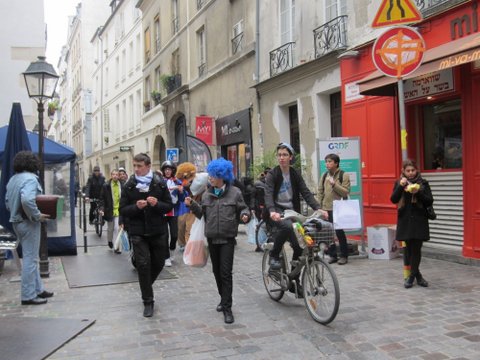 You don’t have to be Jewish to take a big bite out of Purim (Pourim) festivities in Paris.   When fresh, fragrant hamantaschen (triangular cookies stuffed with jams, poppy-seed paste, or similar sweet creamy stuff) beckon from the windows of “Yiddish” bakeries in the Marais, you know Purim is on the way, accompanied by costumes, Purimshpils (satirical plays) and lots of permission to indulge. Purim celebrates the story of Queen Esther, who prevented the ethnic-cleansing of the Jews in ancient Persia (ca. 500 BCE).

Purim always falls on the 14th day of Adar on the Jewish calendar, which follows a lunar cycle. Therefore, Purim does not have a fixed date on the Gregorian calendar (which became the international calendar by the first quarter of the 20th century). Usually, we can see signs of Purim, such as hamantaschen and advertisements for annual Purim plays, carnivals and costume parties a few weeks after Mardi Gras, unless it’s a leap year with two Adars and Purim comes later. This year the holiday begins on the evening of March 20th and lasts through March 22nd in Paris. To find out more about public Purim events, you can search on the internet by typing “Pourim à Paris” or go to Chabad/Beth-Loubavitch-Champs-Elysées, a good source for learning about Jewish practices and events open to tourists in Paris and its suburbs. Most events need reservations, so look for that information as well. 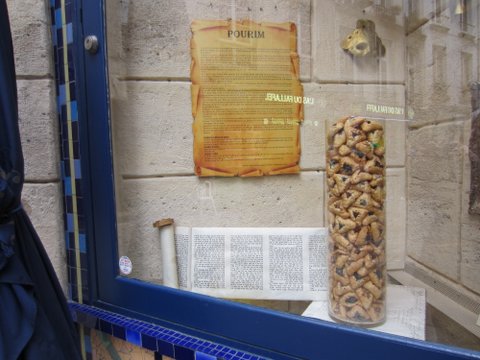 If you are not in Paris on Purim this year, you can still experience the fun of Purim-esque activities on Sunday, March 24th at the Museum of the Art and History of Judaism (le Musée de l’art et d’histoire du Judaisme). Come in costume to dance at the Purim Ball with the Kif Orkestra– which will take place from 3:30 pm to 6 pm. Throughout the day there will be activities and cooking ateliers for young and old alike. For more information, please visit the museum’s website. 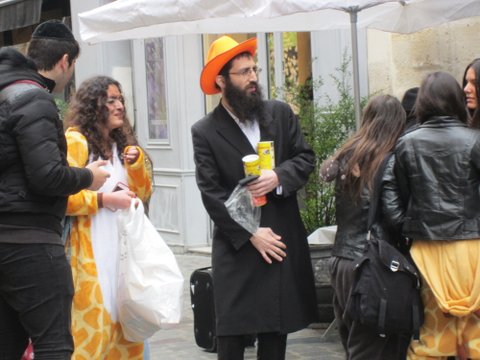 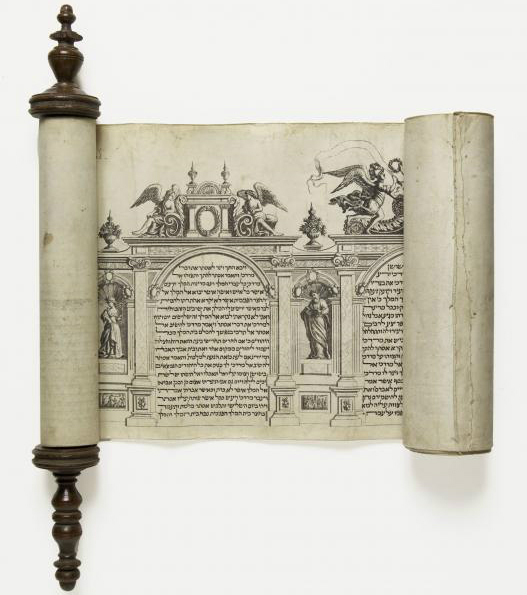 The fun of Purim comes from themes repeated in the Book of Esther: concealment, deception, reversals, and feasting. Similar to Mardi Gras (Carnival), Purim requires costumes, lots of music, parades, silly behavior, special sweets, and plenty of drinking to let go of rational perceptions. The saying goes: “one should drink until it is impossible to tell the difference between Mordechai and Haman” –that is, good from evil. The traditional Purimshpil performs the Esther story recited from the Megillah Esther (a scroll), often using contemporary subject matter as satire.

When Haman’s name is mentioned, the audience drowns out the sound with plenty of noise from tin or wooden groggers, beating a drum, stamping feet, or booing with all one’s might. 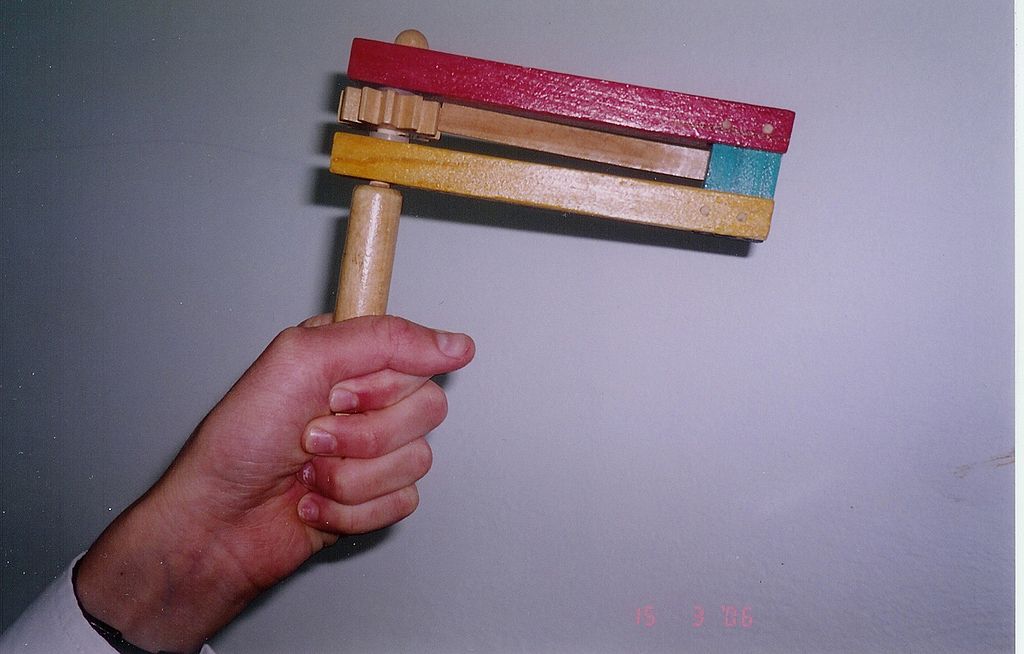 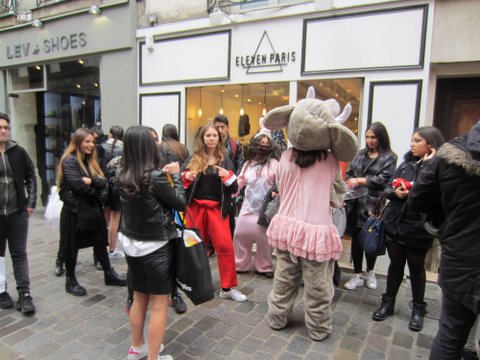 There are four requirements for Purim: 1) Read the story of Queen Esther from the Megillah Esther (also available in the Book of Esther in the Hebrew Bible and the Old Testament), 2) give donations to charity, 3) give “large portions” of various sweets to friends and relatives known as mishloach manot, and 4) enjoy a festive meal. To learn about and purchase decorative gift containers for Purim mishloach manot, visit Jewish specialty shops in the Marais or search for Judaica websites online. Sampling the traditional hamantaschen at Murciano and Florence Kahn, “Yiddish” bakeries in the Marais (4th arrondissement), makes Purim in Paris unique and memorable. 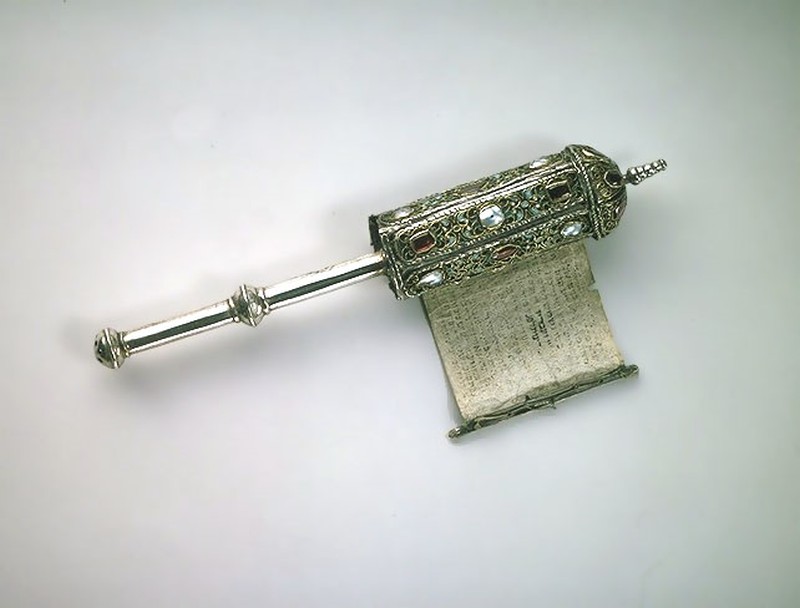 Why are hamantaschen (Haman’s packets in Yiddish), also known as “oznay Haman” (Haman’s Ears in Hebrew), eaten during Purim? What do they mean? These three-corned pastries should remind us of Haman, the villain in the Esther story, and his demise at the end of the Book of Esther. He is devoured to cancel him out, thereby destroying evil. 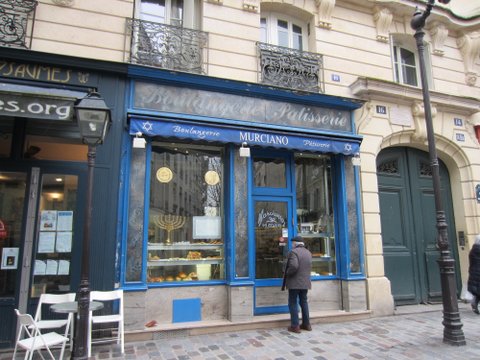 A photo of poppy-seed hamantaschen in Florence Kahn’s window, by Liz Rueven, Kosher Like Me

Hamantaschen dough can be similar to sugar cookies or American “Danish” yeast pastry.   “Taschen” means pocket, a pastry with filling, and should remind us of the hidden identity of Esther and the hidden forces of God that put Esther into her position as queen in order to save her people, the Jews, when Haman decreed their annihilation on the 14th of Adar. The original word from its Ashkenazi source may have been “mohntaschen” or “poppy-seed pockets” that evolved into “hamantaschen” – to sound like Haman’s name. Poppy seeds symbolize fertility and growth, expanding goodness with acts of kindness and courage, as well as the coming of spring. 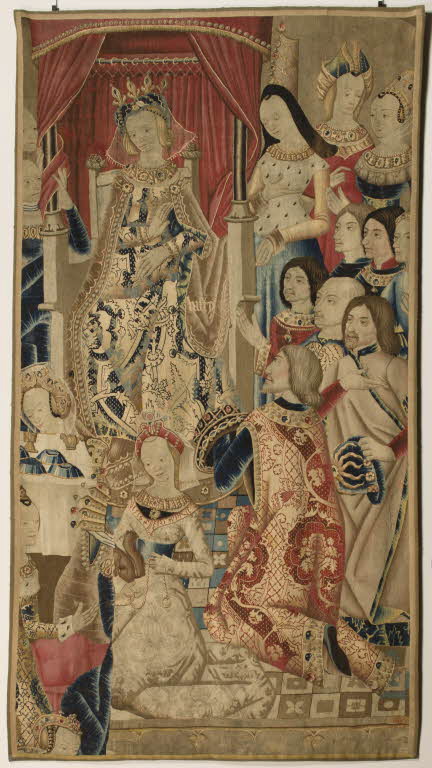 What does the word Purim mean? It refers to the casting of lots (pur in Persian), which the prime minister Haman used to set the date for the exterminate of the Jews in King Ahasuerus’ vast empire. The casting of lots reminds us of the various moments when chance seemed to decide the fate of Queen Esther and the Jews in Persia. Here is their story:

In Shushan, the capital of ancient Persia, around the early part of the 5th century, the King Ahasuerus (perhaps Xerxes) held a banquet to honor his third year reigning over his vast territories, from India to Ethiopia. In the midst of the frivolity, he summoned his wife Vashti to show off her beauty at his stag party. She refused to attend. With the advice of his counselors, Ahasuerus banished Vashti and lived without a queen for many years.  Longing for a new wife, he decreed that all the eligible virgins in his realm must come to his palace to be groomed for a presentation to the king. If one pleased him sufficiently, she would become his bride. If not, she would become his concubine. One Jewish maiden living in Shushan named Hadassah was urged by his guardian, her cousin Mordechai, to fulfill this royal decree, but under a Persian name “Esther” (which means “star”) to conceal her Jewish identity. Esther left Mordechai’s home to live in the king’s palace for a year of beautification, “six months of oil with myrrh, six months with oils of other sweet fragrances and unguents especially for women.” 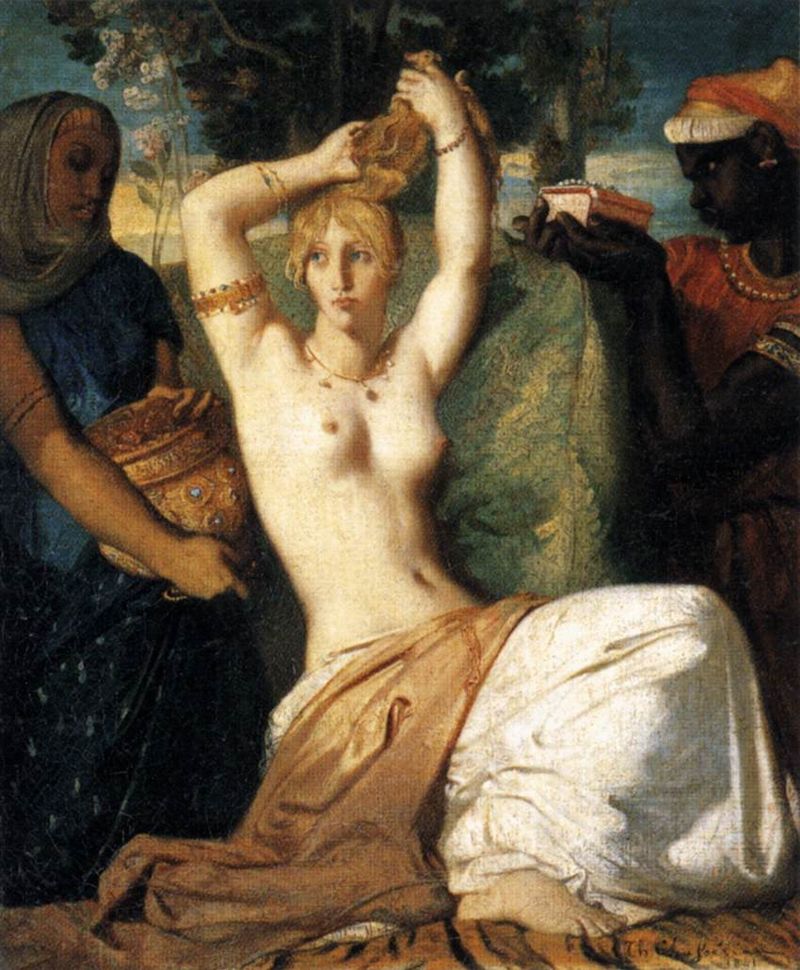 Théodore Chassériau, Toilet d’Esther, or Esther Preparing for her Presentation to the King Ahasuerus, 1841, painting, Louvre.

The king’s eunuch, Hagar, keeper of the women, favored Esther and offered to adorn her for her audience with the king. Always modest, she requested nothing but what Hagar gave her.

Esther immediately pleased the king and she became his bride. A celebration of feasting and entertainment ensued. 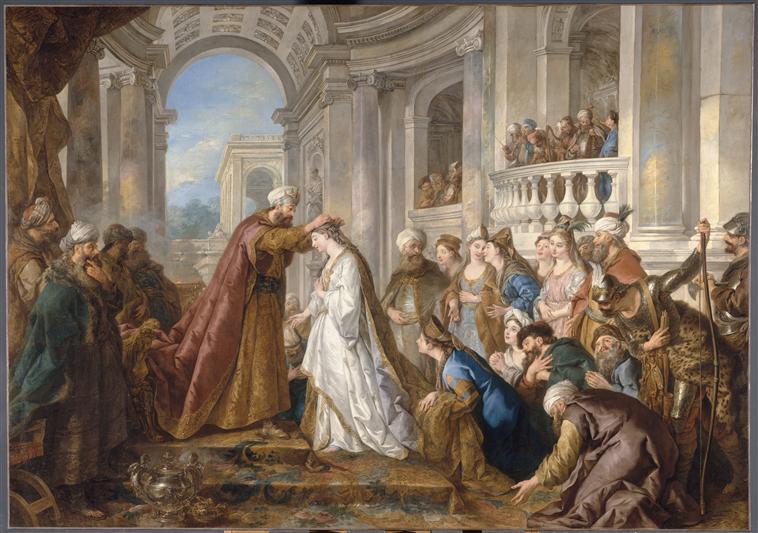 After her marriage to Ahasuerus, Esther’s cousin Mordechai encountered the king’s prime minister in the city and refused to bow down before him. Incensed, Haman returned to court and informed the king that all Jews were untrustworthy because they followed different laws from the king’s. Therefore, they must be eliminated by royal decree. The king believed Haman and gave Haman his ring to issue the law. Haman chose the 14th day of Adar based on the casting of lots (pur in Persian) to select the day. 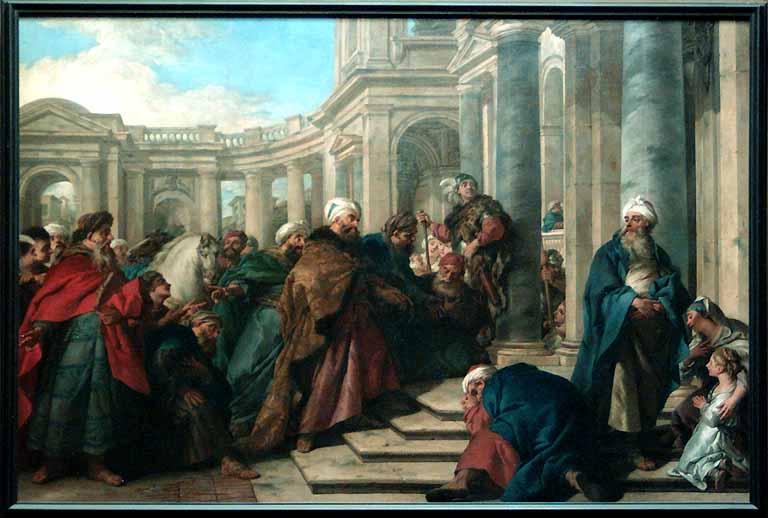 The decree posted, Mordechai despaired, donned sackcloth and ashes in mourning. He then sent word to Esther through her servant Hathach about this impending doom.

Mordechai then asked Esther to intervene on behalf of all the Jews in order to save them. Well aware that she had not been summoned to the king for quite a while, she feared that presenting herself without his direct bidding might result in her death, as he had already punished Vashti for her insubordination. At first she refused to help, but Mordechai pointed out that she too will die with all her people. This inevitable fate, should she do nothing, persuaded her to petition the king to reverse his law.

Sandro Botticelli and Filippino Lippi, Three Scenes from the Book of Esther: Mordechai in sackcloth tells Esther about Haman’s plan, Esther Comes Before Ahasuras, Haman Pleads with Esther at her Banquet, c. 1470, Louvre

She appeared before the king with her servants and he stretched his scepter toward her to signal his approval of her visit. Delighted to see her, he offered her anything her heart desired. Relieved of her fears, Esther wisely invited the king and Haman to a feast in her private apartments that evening.

The king and Haman attended her private banquet, were thoroughly satisfied and again the king asked Esther for whatever she desired. She desired only to pleasure him with another banquet the next day. 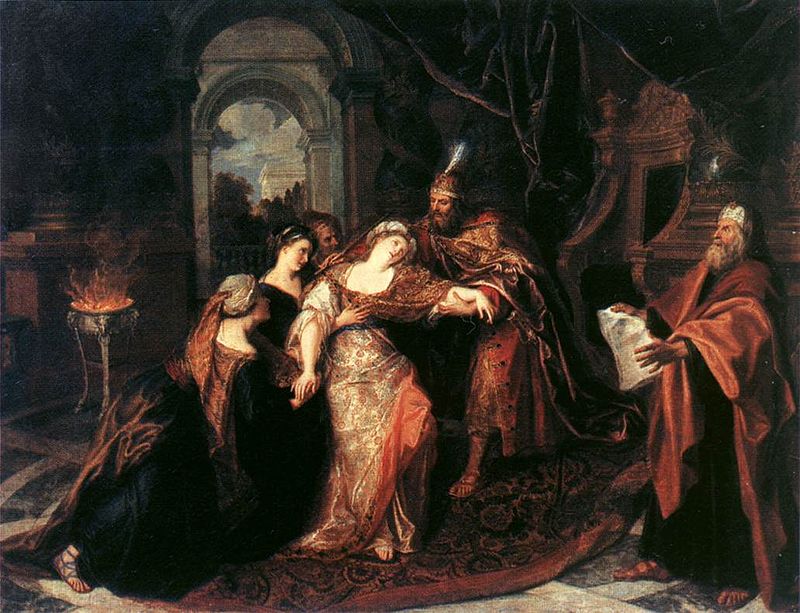 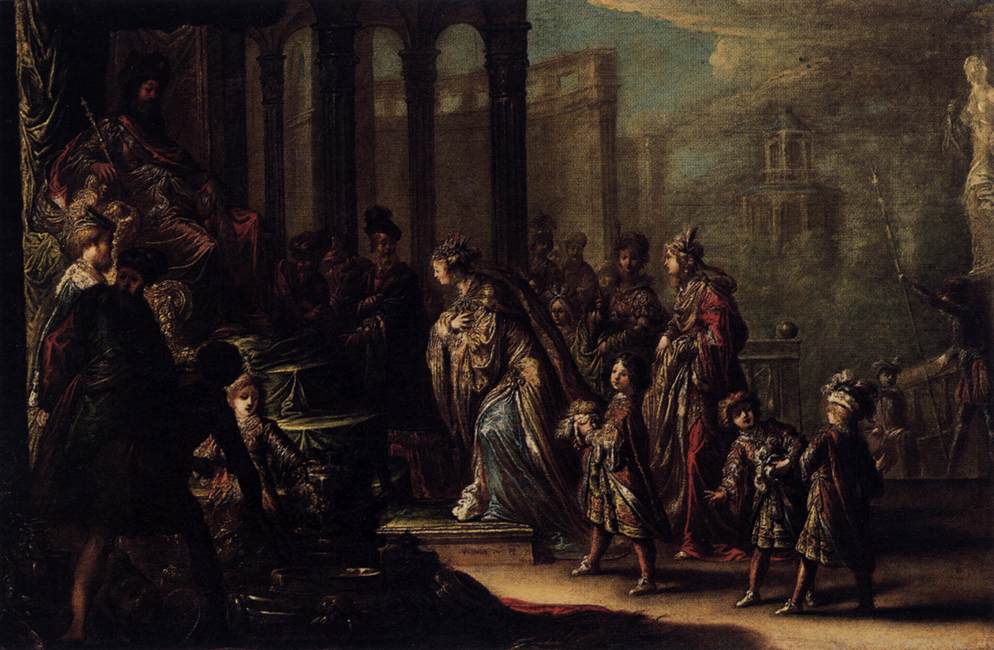 Claude Vignon, Esther Before Ahasueras (or Solomon and the Queen of Sheba), 1624 painting, Louvre

The next night, Haman and the king attended another banquet in Esther’s apartment and after a satisfying meal, the king asked Esther again to request anything. Thereupon she stated Hamna’s plans to exterminate all the Jews in the king’s realm on the 14th day of Adar and that this decree, sealed with his ring, would include herself, as she too was Jewish. Incensed, the king rose from his seat and went into the garden, whereupon Haman fell to his knees pleading for mercy from Queen Esther. Just then, the king returned to the room and noted Haman’s insubordination: he had the temerity to touch his bride! Witnessing this sexual misconduct decided the fate for this man. Haman was sent to the gallows that he had prepared for Mordechai, and Mordechai replaced Haman as prime minister. Thus, the roles were reversed. 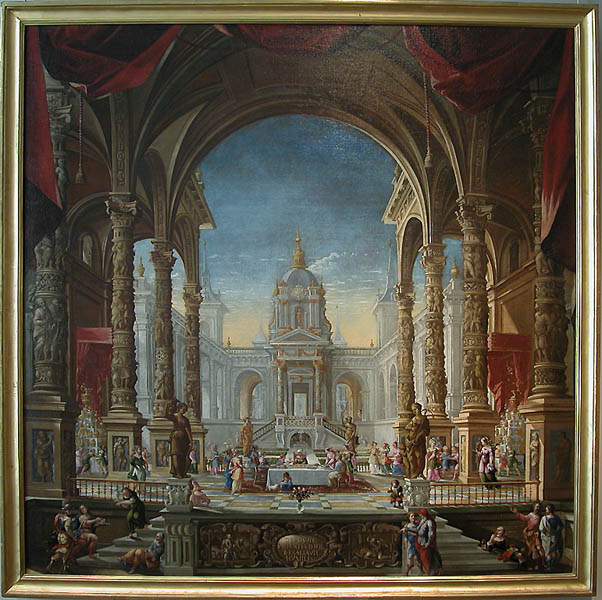 Now Queen Esther and Mordechai called the shots and were given permission to write the laws that allowed the Jews to defend themselves on the 14th day of Adar, since the king could not repeal his own proclamation. Esther and Mordechai also decreed that all Jews must celebrate this victory with feasting, giving charity to the poor, giving generous gifts of sweets to friends and family, and reciting the story again. Mordechai received the Haman’s lands from the king and lived in the king’s home, doing good works for all the king’s people. 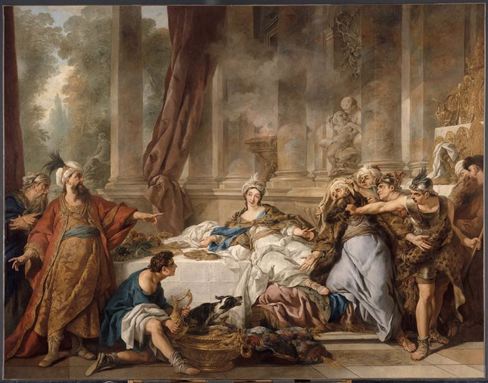 Today Queen Esther continues to serve as a model of virtue, kindness and moral fortitude. Her goodness determined her fate and inspires us to stand up for those who have no voice or other recourse to defend themselves. In Catholic art, which we find here in the examples from the Louvre, Esther was considered a foreshadowing of the Virgin Mary, as she is an intercessor between the Church and its congregants. Images of Esther fainting illustrate the text found in the Catholic Bible, but not in the Megillah Esther.

So go forth, enjoy and make merry. Purim is here and the hamantaschen are waiting for your delectation.  May the images of Esther in art which accompany this essay serve as a guide to looking for signs of Purim in the Musée de l’art et d’histoire du Judaïsme and the Musée du Louvre. 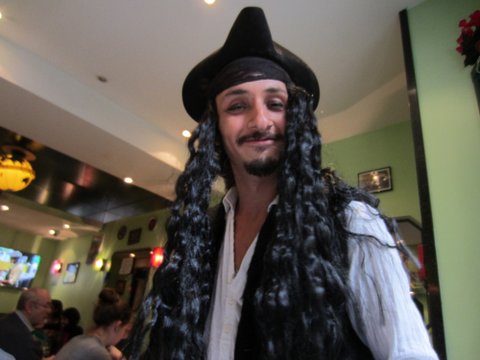 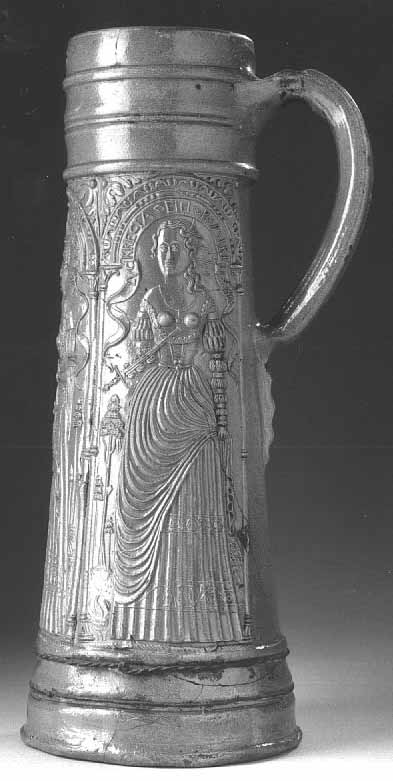