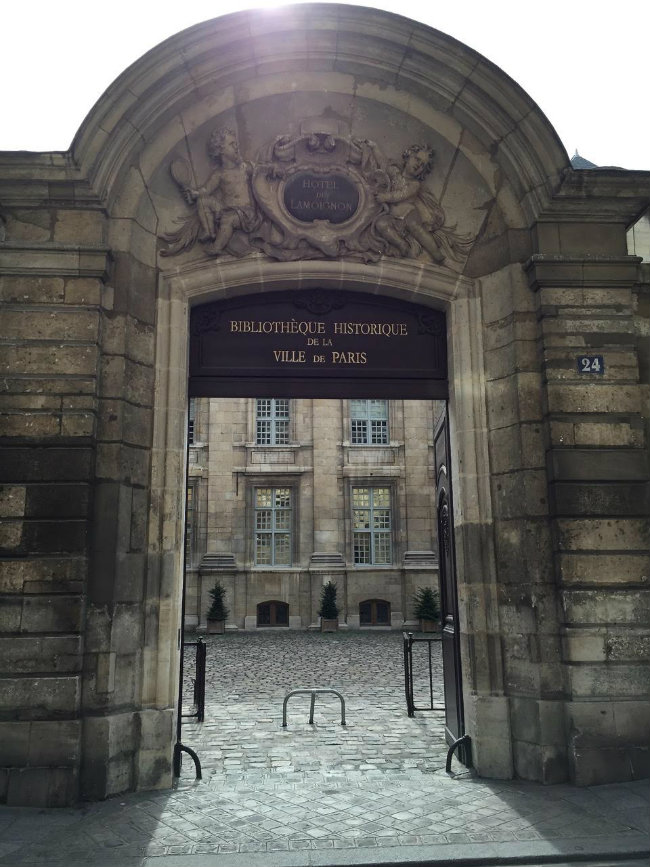 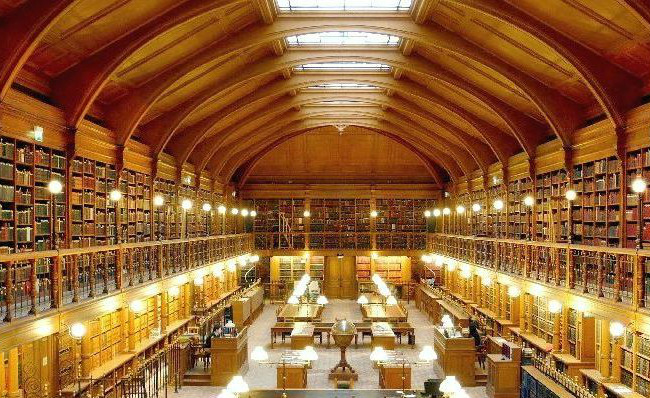 One of the oldest mansions in the Marais is the mansion of Lamoignon which is home to the Bibliothèque historique de la Ville de Paris.

One of the very chic areas of Paris, known as the Marais, was once an area of wetlands that were converted to cultivating vegetables during the late middle ages. Then in the sixteenth century this area became the preferred location for private mansions. These individual homes for nobles were called hôtels particuliers. What distinguished them was that they were free standing structures unlike the ordinary maisons or houses that had shared walls. The hôtel de Lamoignon was one of these great homes. 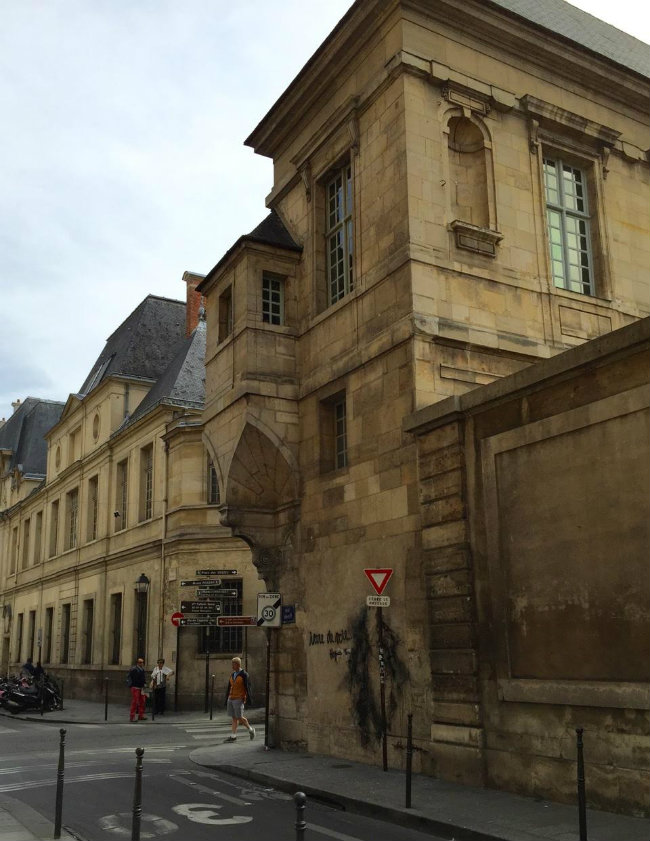 The first mansion on the site was built between 1585 and 1590 by Diane de France, the illegitimate daughter of Henri II and the Duchess of Angoulême. This original structure consisted of a front building and two side parts around a courtyard. The pediments for this building still bear the symbols of Diana, the goddess of hunting, which are a dog, a deer, a moon crescent and trophies. At that time it was called the hôtel d’Angoulême.

At Diane’s death, the mansion became the property of her nephew, Charles de Valois or the Duke of Angoulême, who was also an illegitimate son (not of Henri II but of King Charles IX). The new owner enlarged the “hôtel” in the early 1600‘s with a north wing and a watchtower that included the very beautiful corner tower located at the intersection of rue Pavée and rue des Francs-Bourgeois. It is worth a visit and it is one of the few remaining towers in the district.

The next tenant was Guillaume de Lamoignon who was the first President of the Paris Parliament. Of historical interest is that Guillaume held a literary salon frequented by Boileau and Madame de Sévigné. At the passing of Guillaume de Lamoignon, his son, Chrétien-François de Lamoignon, became the proprietor. During the first half of the eighteenth century Chrétien-François supervised a number of changes including the beautiful street archway with the small “putti” (small boys or cherubs). One is holding a mirror which is the symbol of truth and the other a snake which is the symbol of prudence.

The following occupant was Monsieur Antoine Moriau who collected a large library dedicated to the history of Paris which he bequeathed to the City. 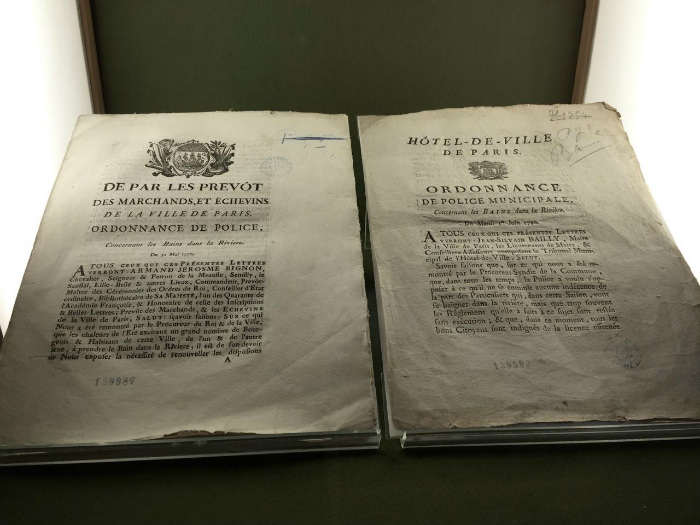 At the death of Monsieur Moriau the building was sold, the library collection transferred and slowly the building deteriorated. It would not be until 1928 that the hôtel de Lamoignon would come back to its former beauty when it was purchased by the City of Paris for renovation. At last, the library collection was relocated to its original home and the Bibliothèque historique de la Ville de Paris was opened to the public in 1969.

Today the library offers documents dating from the sixteenth century to the present on the history of Paris and the Île de France to include information on théâtre, literature and feminism. There is access to approximately one million books and booklets, thousands of manuscripts, photographs and maps. 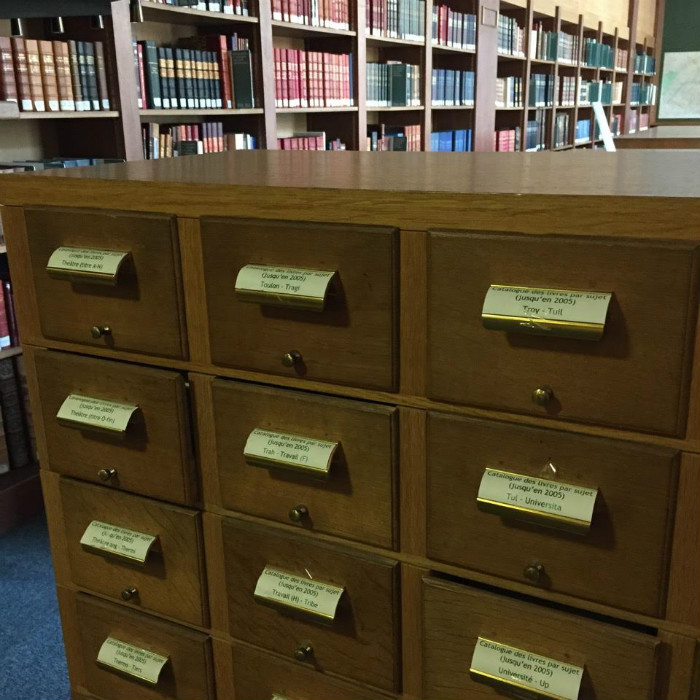 I personally love the fact that they still have a card catalog. This is assuming that some of you remember those days of patiently looking through the files for the topic or book that you were searching for. The chairs are comfortable, the tables well lit and the Bibliothèque historique de la Ville de Paris is, in brief, everything that you would expect a library to be.

In conclusion, for a quiet step back into time it is well worth a visit. It is very close to the lovely musée Carnavalet. This is a personal favorite of mine. The musée Carnavalet is the oldest municipal museum in Paris and it is dedicated to the history of Paris going back to 4600 BC. The musée Carnavalet is just around the corner from the Bibliothèque historique de la Ville de Paris at 16, rue des Francs-Bourgeois. These two destinations make for a perfect day of beauty and learning. 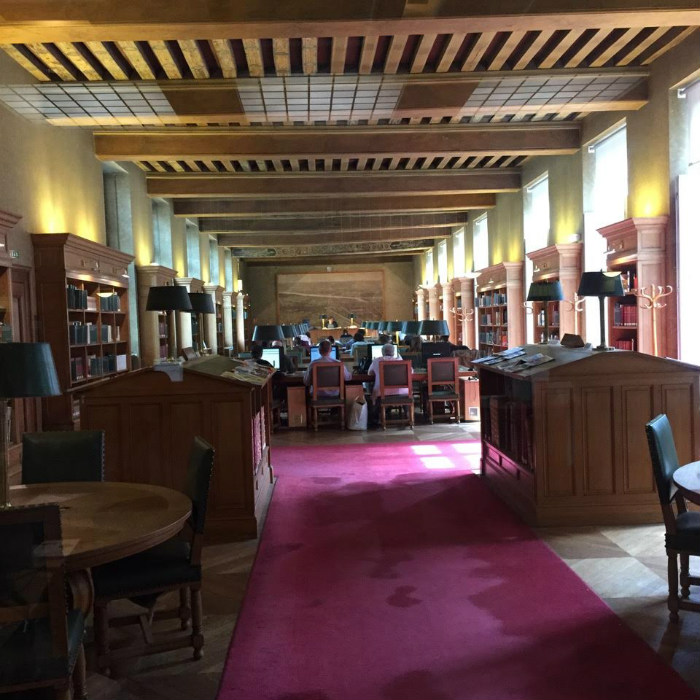 Previous Article The Reservation Line is Open at the Renovated Ritz Paris
Next Article Le Camion Qui Fume: A Food Truck Takes to the Seine