How can we forget?

I often think back of the years, growing up, when much of the news was about France during WWII.

We cannot forget the crying bystanders watching the German soldiers entering the city, and later, those famous pictures of the streets of Paris filled with soldiers…flags flying from the Eiffel Tower when Paris was finally liberated.

There are still so many reminders of those terrible days, as there should be. As a historian, I can think of so many examples of man’s inhumanity during the forties. Now, we look back and each conjures up what is memorable for him.

Today, there are plaques on the streets where people were shot. There are museums like the Holocaust Shoah Museum, the Museum of Deportation, the memory of Drancy and the famous trials that followed.

Two of the sites where horrible things took place are now set aside for visitors from all over the world to visit and learn about man’s atrocities to man.

Take a few minutes and read what follows. Perhaps you can visit these sites one day.

I refer to the memorial at Izieu, a hill village between Lyon and Chambery, where over 40 school children were arrested early one morning, loaded into trucks and driven off to their deaths. 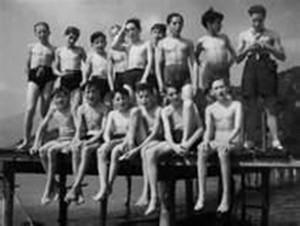 Some of the children

The second is the town of Oradour sur Glane where the German army spent an afternoon killing all the people of a small village and destroying the entire town. Both Izieu and Oradour now have a visitor welcome hall with pictures, descriptions and a chance to see what was left behind. 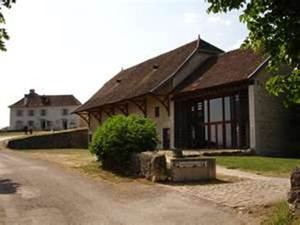 At Izieu, the children were sent there to school since it was a village in the mountains with a narrow road in and no exit on the other side. There would be little outside traffic and a safe haven for Jewish children. Or would it be?

One morning, the trucks arrived. One person jumped out of a rear window and escaped. Both teachers and very young children traveled down the road, singing… “You’ll never get back Alsace and Lorraine.”

To show the vile aim of the arresting soldiers, as the trucks rolled out of the village, the children began screaming that one of the boys was not Jewish. The trucks stopped and the child was freed.

This, and more, came out at the trial of Klaus Barbie ‘The Butcher of Lyons’

Farther north a tiny town of of Oradour, about 600 people were systematically murdered one afternoon, after the fleeing Germans wanted to ‘get even’ for the two outriders that were shot by partisans.  The town was completely obliterated. Women and children were placed in the church which was set on fire and men were shot outside the buildings where they worked.

Today, the city has been left in the condition it was found. People walk down the main street in silence out of respect for the dead.

The destruction was so complete that officials had to place objects in front of the buildings to allow visitors to determine what each building had been used for.

A new town was built nearby but people still flock to the new museum and city to bear witness to what was sadly done.

I included a story about Oradour on my own web site, years ago. One lady, living in Florida wrote that her family survived the incident as they were away in another town for a wedding, the day the destruction took place.

I cannot enter Paris and pass through Drancy from where thousands of Jews, including about 1100 children, were transported to their death in concentration camps.

It happened many years ago, but we can NEVER FORGET.