It’s been over 20 years since Jaqueline Kennedy Onassis died – over 50 years since her first husband, President John Fitzgerald Kennedy, was assassinated. Yet the fascination with Jack and Jackie – indeed, with the entire Kennedy clan – is as strong as ever. So it’s no wonder that an exhibition, “Elle s’Appelait Jackie!” (“Her Name Was Jackie!”), at galerie JOSEPH (musée picasso outpost) at 4 Place de Thorigny in the third arrondissement, has been extended several weeks to September 20. So strong is interest in Jackie and the Kennedys that a companion exhibition, “L’Amérique des Kennedy” (“The America of the Kennedys”), mounted at another location of the gallery, could also have been extended had another exhibition not been scheduled for the space.

Jackie – the very name evokes the glamour, elegance, and mystery of this remarkable woman. Fréderic Lecomte-Dieu, an official biographer of the Kennedy family and curator of both exhibitions, has chosen images that portray the entirety of Jackie’s life, from childhood to just before her death at age 64.

It’s clear that, from a young age, Jackie was self-possessed, a quality evident from her direct gaze into the camera even at age six, as she sat posing for the photographer with her cocker spaniel. Unsmiling, she seemed a very determined little girl.

And there’s a photo of her as a student in 1949, when she studied at the University of Grenoble for six weeks. Again, her gaze is strong and direct, and again, she is unsmiling. After Grenoble she attended the Sorbonne, during which she rented a studio apartment at 78 Avenue Mozart in the 16th arrondissement. She also took drawing classes at the Louvre and loved to stroll through Luxembourg Garden.

There’s a photo of Jack and Jackie, taken in 1952, the year they met at a dinner party, and the same year Jack unseated Senator Henry Cabot Lodge, whom Kennedy later appointed U.S. Ambassador to Vietnam. Both Jack and Jackie are young, earnest, and beautiful, as they gaze directly and unsmilingly at the camera.

There was press interest in Jackie from the beginning, and in 1953, by then engaged to Jack, she was interviewed by Life magazine. Only 10 years later, she would be a widow. But there was much to celebrate in 1953, and included in the exhibition is Jackie’s bouffant wedding dress, created from almost 50 feet of ivory silk taffeta by African-American dressmaker Ann Lowe. Jackie was said not to have liked the dress – she wanted something more form-fitting to compliment her tall, slim figure. But she had acquiesced to family wishes.

There’s a photo of Jackie with children Caroline and John-John at the White House. In this photo, Jackie is holding her children and looking happy, a relaxed smile on her face.

And there are, of course, the photos of Jack and Jackie’s historic 1961 visit to Paris – the visit when Jackie took Paris by storm, causing President Kennedy to quip, “I do not think it altogether inappropriate for me to introduce myself. I am the man who accompanied Jacqueline Kennedy to Paris.” There she is with President De Gaulle, whom she is said to have enchanted but about whom she said, “He was a mean man with my husband.” And there she is during the visit with French writer and Minister of Culture André Malraux. Only several days before, his two sons had been killed in a car crash, but there he was, meeting Jackie, and looking thoroughly taken with her.

It was through her friendship with Malraux that in 1963 he allowed da Vinci’s “Mona Lisa” to be sent to the United States to be displayed at the National Gallery in Washington, D.C. and the Metropolitan Museum of Art in New York. When the French press criticized Malraux for the “great risk” to the painting by allowing it out of France, Malraux replied, “If the most famous portrait in the world is taking a risk coming to the United States, the young men who came to defend the liberty of our country on the beaches of Normandy faced, I believe, a much bigger risk.”

And then there are the photos of that day in Dallas. There are Jack and Jackie on the tarmac of Love Field, Jackie in the pink suit and matching pillbox hat, carrying a huge bouquet of long-stemmed red roses. It was 11:40 a.m., and in less than an hour, the president would be dead.

But Jackie’s life didn’t end there. One photo shows her in a riding helmet, standing between two cars perusing The New York Times. The caption explains that she loved reading press articles about herself, and she often sent her bodyguard, Clint Hill, out to buy magazines and newspapers with articles about her. She would read them and sometimes laugh heartily. Mr. Hill was the Secret Service Agent assigned to protect the President and Mrs. Kennedy in the motorcade that day in Dallas.

There are photos of Jackie riding her bike in Central Park, and with her second husband, Aristotle Onassis; with brother-in-law Bobby Kennedy; and with her mother, attending Caroline’s graduation from Harvard, a newspaper over Jackie’s head to protect her hair from the rain. And there is a photo of Jackie with her hair pulled back in a simple chignon, looking elegant and beautiful.

One of the final photos in the exhibition, taken on Sunday, May 15, 1994, is of Jackie sitting on a bench in Central Park with Maurice Tempelsman, her longtime companion. Her daughter Caroline and her grandchildren are nearby, although not in the photograph. Jackie is wearing a scarf over her head, and the light appears to have started to fade from her eyes. She died four days later, “surrounded by her friends, her family, her books, and the things she loved. She did it in her own way and on her own terms,” as her son John announced to the world. She was buried next to President Kennedy in Arlington National Cemetery.

And here we are, more than 20 years on, and the world is still riveted by Jackie. Nothing tells a story like photographs, and this story is well told through this well-curated collection. And for those who need more, there’s a film that accompanies the exhibition, which was standing room only at the viewing I attended.

Why does Jackie continue to rivet our attention after all these years? To a young Russian woman living in Paris who viewed the exhibition, it’s “Jackie’s elegance and sense of fashion, and her role in history.” To a middle-aged Frenchwoman, the Kennedy story is an “American saga,” one that “embodies a time of hope.” And, as she said, they were so charismatic.

It’s unfortunate that the other exhibition, “L’Amérique des Kennedy,” had to close, because it’s a perfect complement to “Elle s”Appelait Jackie!”. Most riveting of all is a lengthy film, “Dallas, une journée particulière,” which is entirely focused on that fateful day in Texas. The President had asked Jackie to wear that pink suit because he thought she looked “smashing” in it, and when, that morning, Jackie entered a hall where everyone was assembled and Jack was at the podium speaking, and Jackie was receiving prolonged applause, the film provides one light moment when the President joked: “Two years ago, I introduced myself in Paris by saying that I was the man who had accompanied Mrs. Kennedy to Paris. I am getting somewhat that same sensation as I travel around Texas. Nobody wonders what Lyndon [Vice President Lyndon Johnson] and I wear.”

Well, they just don’t make ’em like that anymore. And if you’re one of those who can’t get enough of Jackie, this exhibition will be satisfying, indeed.

Entrance fee: 8 euros; reduced fee of 6 euros for students, seniors, and those with tickets to the nearby Picasso Museum; free for those under age 12 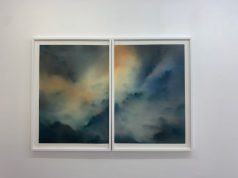 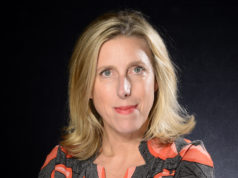 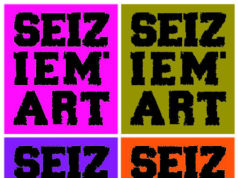 Seiziem’Art: Studios in the 16th Arrondissement Open Their Doors

A brief History of the Louvre