Two-Salmon Savory Bread: How to Drown a Fish 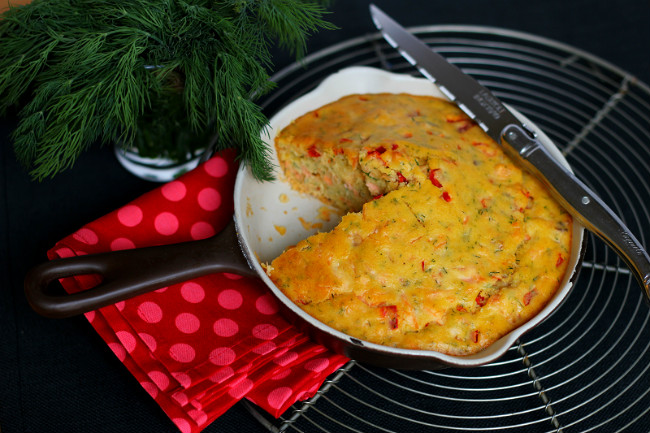 Do you know someone who can “drown a fish”? You just might, without even knowing it! It took me a long time to figure out this French expression, noyer le poisson. I actually had to experience working within what should be a very precise system to learn exactly what it means to drown a fish.

When I was cooking in French restaurants, the hierarchy was always very clear: most restaurants throughout France, and the world, reproduce faithfully Auguste Escoffier’s brigade system. Everyone knew who the boss of the kitchen was: the person appropriately named the head chef, or in French, simply, chef de cuisine. And everyone else’s role was also clearly defined, from the station chefs (or chefs de partie), down to the apprentices and the interns, or stagiaires.

The brigade system can even determine how tasks are done in the kitchen when team members work together: at the end of each service, those higher up on the ladder have the relative privilege of hosing down the floors, while those lowest on the ladder must do the scrubbing with long wooden-handled brushes. They’re even admonished to “make the cicadas sing” – by scrubbing hard enough, they’ll reproduce the sound of the cigales in the south of France.

But outside the kitchen? Often roles weren’t so clear. In some of the larger restaurants, we’d have kitchen managers – people who didn’t actually work in the kitchen, but who would be in charge of organizing special events, like catered private parties. Sometimes these special events would happen outside the restaurant.

And that’s where things would go south. The problem wasn’t the events themselves – most were fun, and a great way to develop a sense of camaraderie among culinary and pastry colleagues, since we were working in different-than-usual circumstances. What was difficult was getting information about the events from our supérieur hiérarchique, or manager.

Typically, I’d knock on our manager’s door with a few (apparently a few too many) questions the team had pertaining to the protocol for an upcoming event. Are all hands on deck for this event? What time should we be there to set up? Should we wear our traditional cooking togs (chef’s jacket, hounds-tooth pants, and those glamorous safety shoes)? Or would we be working in front of the people attending the event, necessitating black pants, white shirt, and a special apron? 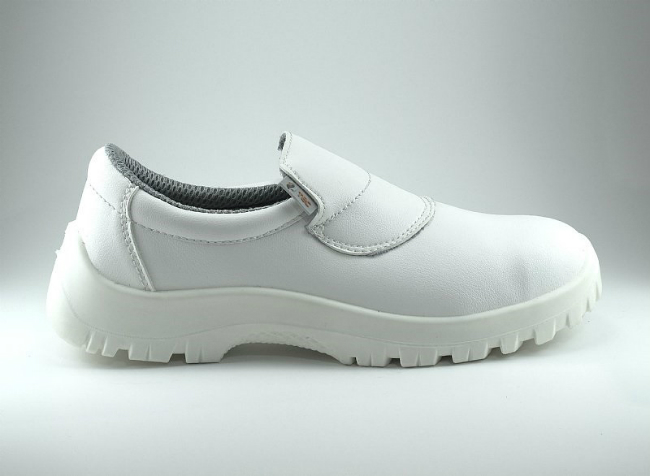 Instead of answering questions, the manager would start off by saying, “Allison, let me tell you a little story…” and his 10-minute monologue would be all about the history of the event. Then he’d go on to explain the former manager’s policy of attendance or non-attendance. After about 25 minutes, my eyes would begin to glaze over, and I’d glance at my watch discreetly, hoping I still had time to finish the mise en place, or prep work and setup, before lunch.

Then my boss would describe what the event was like when he joined the team back in 1982. Finally, I’d stand up, thank my manager, and edge out of his office, feeling more than a little frustrated because I had no answers to my questions. THAT is drowning a fish: evasion of the question, clouding the issue, avoiding or sidestepping the question, a snow job.

I just didn’t understand why this happened, but then again, politics have never been my strong suit. And as long as I tried to understand, the frustration continued. Then one day a colleague asked me why I kept going to our manager with questions when it was like talking to a brick wall.

It hadn’t occurred to me that I could just accept that I wouldn’t get any clear answers, and that I could live with this “artistic blur” (flou artistique). Once I decided I could go with the flow and deal with this managerial style, it just didn’t matter anymore. Who was I to judge?

And I decided maybe this fishy business could even be entertaining! There was always a bit of creativity involved in drowning a fish. So now, in any situation, when I hear the approach of a long story in place of a simple answer, I just smile, take a deep breath, and dream up a new fish recipe instead. 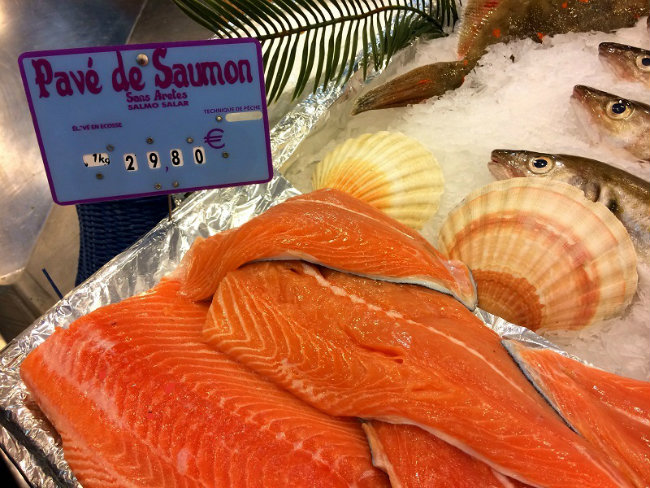 This easy-to-make, salmon-studded bread is what we call un cake in French – not a sweet cake, but a savory one. There are lots of variations on the cake theme: this one is perfect for passing around during aperitif hour, accompanied by a refreshing Muscadet white wine. And if someone asks you for the recipe, don’t drown a fish – point them here to Bonjour Paris!

Usually I’d suggest buying best-quality smoked salmon, maybe even wild salmon, which I wrote about in this blog post. But since this will be cooked, you can definitely buy ordinary supermarket variety smoked salmon.

a bit of white pepper

a pat of butter, for greasing the pan

serves 8-10 as a party/cocktail bite