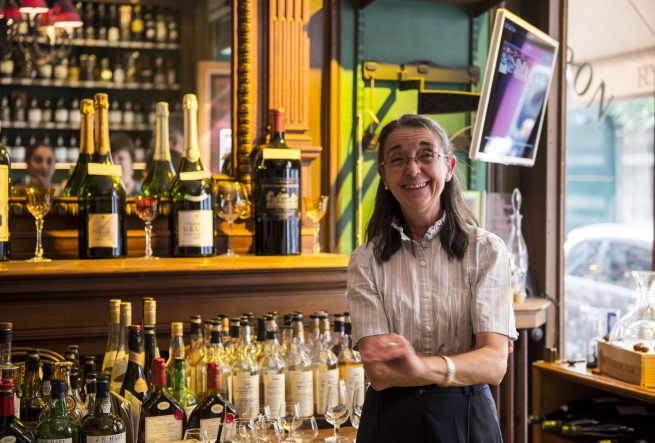 With spring in the air, now is the perfect time to take a walk around Paris and take in all the city has to offer. And so when Bonjour Paris booked a Paris tour with Context Travel to shake off the winter, we couldn’t think of a better way to explore the city and French culture than through its wonderful food.

Designed for the “Intellectually Curious Traveler,” Context Travel’s fantastic Paris tours have been created to offer a more immersive experience and in-depth look at the city. Unsure of which to choose from the extensive list – including art, architecture, history, and many delicious food tours – we eventually opted for the Paris food tour, “Baguette to Bistro: Culinary Traditions of Paris,” one of Context Travel’s most iconic tours. The tour gives travelers a great overview of food in France and offers a look at five essential parts of a Parisian’s diet– bread, cheese, chocolate, wine, and patisserie– not to mention a chance to visit the beautiful area of Saint-Germain-des-Prés. 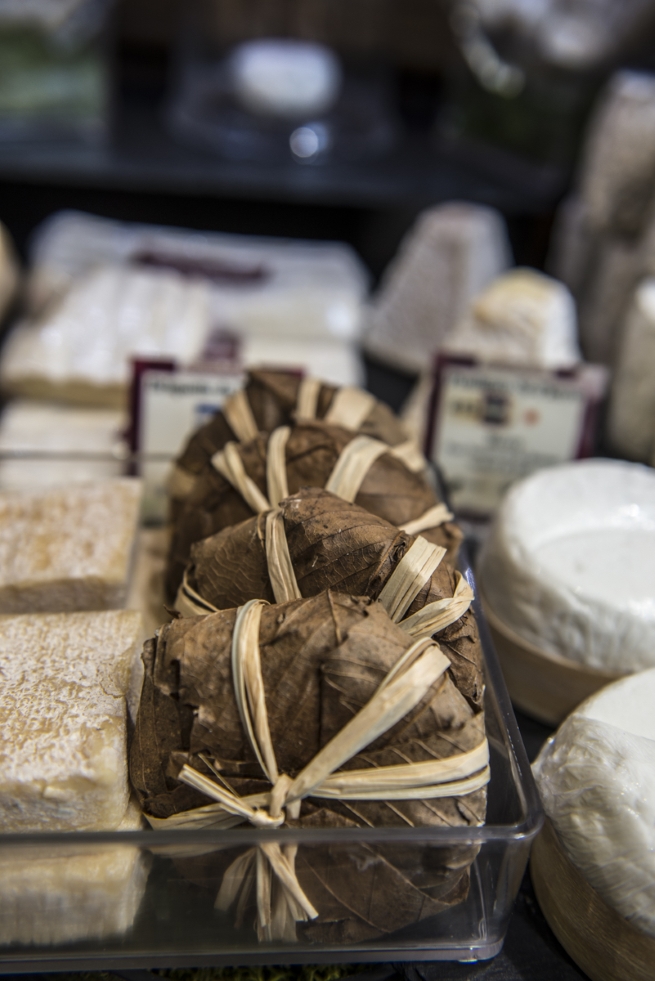 We met our docent Preston Mohr outside Le Comptoir des Saints Pères, a favorite of Hemingway during his time in Paris, at a prompt 9am. It seemed early for a Saturday, but really was the perfect way to see the city just as it was beginning to come alive. Preston explained to us what to expect on the tour, adding that some of the shops we would visit had been making their artisan products for as long as 100 years. Although there would no pressure to buy, there would definitely be the opportunity to try, and I couldn’t wait to get started.

Preston led us to our first stop, the Eric Kayser bakery, and described both the story behind the brand’s delicious bread and also the history of this French staple. We learned that the French Revolution had an impact on the price of daily bread, which still stands today, as well as the true meaning of an “artisan boulangerie,” the sign to look for above your own local bakery if you want the best quality baguette. It was also a chance to breakfast on miniature croissants as Preston picked up one of Eric Kayser’s best and most traditional baguettes.

Bread in hand, we next walked to the historic cheese shop Fromagerie Androuet, where we could enjoy the two together for a mid-morning snack. Founded in 1909, Androuet are experts in cheese aging, which Preston revealed takes three years to learn. With over 300 varieties of cheese throughout France, Androuet’s impressive offering was also slightly overwhelming. However, we had Preston on hand to talk us through everything we needed to know, and even help us with our cheese shopping. Standing outside the shop, the well organized Preston produced everything we needed for a mini-picnic, which gave us a chance to try a good variety from Androuet’s extensive collection while also picking up plenty of advice for when we head back to replenish our stocks alone. 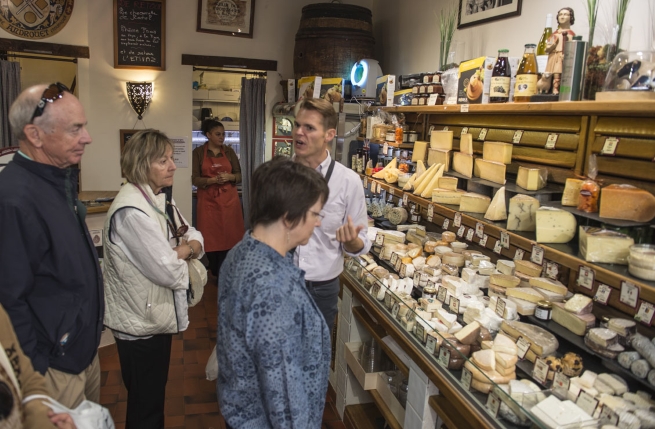 Something sweeter followed as we moved on to Chapon, a chocolatier which specializes in “bean to bar” for a superior quality chocolate. Preston told us the story of how chocolate (thankfully!) made its way to France, offered advice on how to choose a bar to suit our palette, and added in the royal detail that before opening his chocolate shops, Patrice Chapon used to make ice cream for Queen Elizabeth. Noticing an ice-cream cart outside as we left, we made a mental note to return for a royal-approved treat.

After lining our stomachs it was a good time to head to Maison Ryst Dupeyron. A fifth generation Armagnac producer, the family has been making and selling Armagnac in the southwest of France since 1905, and now also offers Parisians its speciality product on Rue du Bac. Here we had a chance to try two different types of Armagnac as well as a delicious port directly from the distillers in Portugal, which we enjoyed with an equally warm welcome from the store’s experts. The historic shop also boasts an impressive wine collection which, ranging from affordable to eye-wateringly expensive, made it a Paris hidden gem for wine connoisseurs, collectors, or those who– like me– simply need a little help choosing their libations. 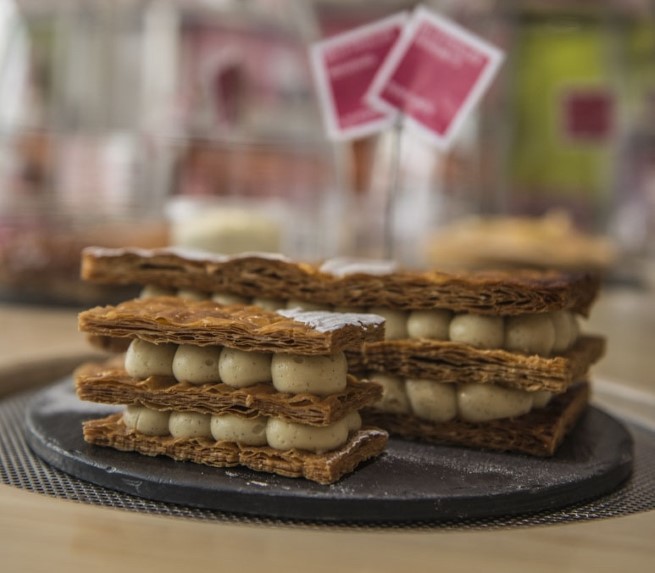 Lastly it was on to La Pâtisserie des Rêves, and it really was the pastry shop of “dreams.” Despite living in Paris, I had completely missed this boutique, just showing that the Paris tour could reveal hidden secrets even to the locals! Philippe Conticini opened his store 10 years ago to offer traditional recipes with a modern twist, making it a delicious way to introduce to us to French classics such as Paris-Brest, tarte citron, mille-feuille and more. It also made the perfect end to our Paris tour, as Preston led us to a nearby garden to share a box of beautiful presented miniatures in the sun. Between bites of cake we also had a chance to ask questions, and thanks to Preston’s expert advice and thoughtful handout on where to eat and drink in the city, we left our Paris tour a lot more knowledgeable, a little bit fuller, and with more Paris exploring and eating still to be done.

For more information on their Paris tours, visit ContextTravel.com 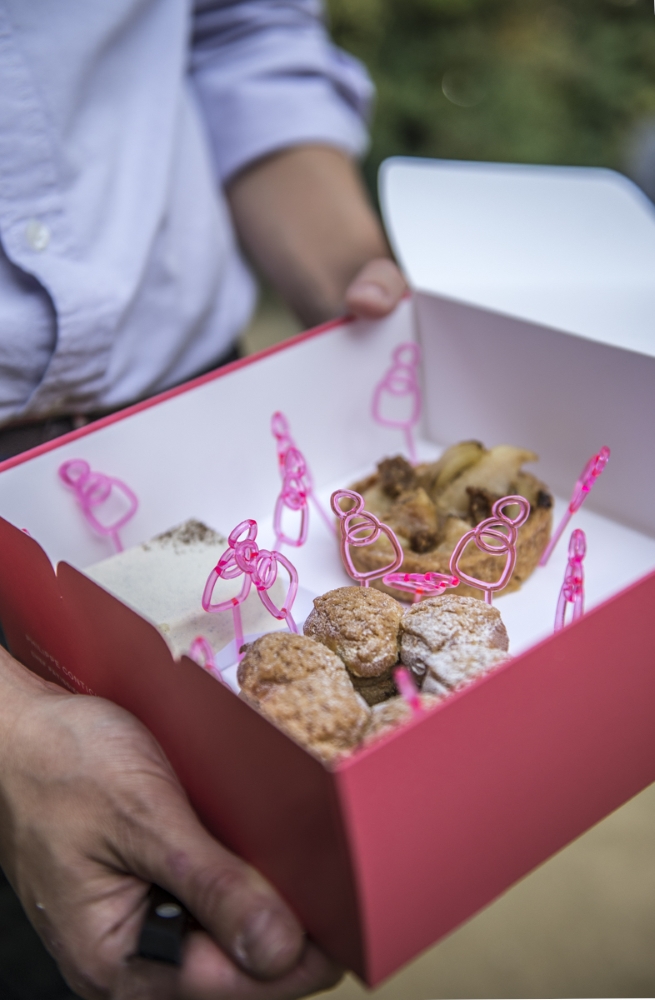