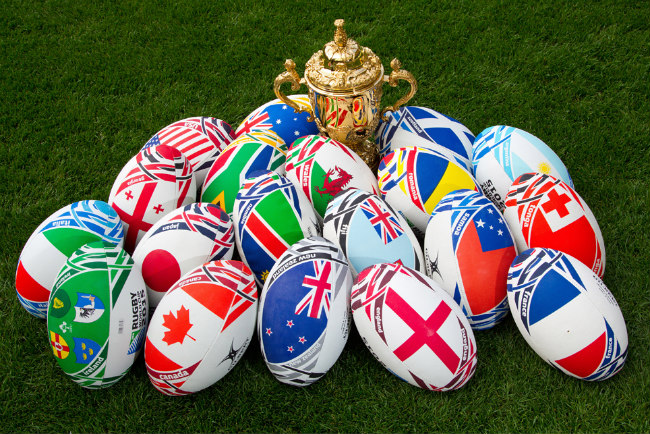 “In 1823, William Webb Ellis first picked up the ball in his arms and ran with it. And for the next 156 years, forwards have been trying to work out why.” – Sir Tasker Watkins (1979). And throughout France right now, there’s talk of little else– from the corner boulangeries, cafés, and even top gastronomic restaurants. As Paris chefs celebrate the Rugby World Cup, we select a handful of BP winners.

As an homage to his love of rugby, Michelin three-star chef Guy Savoy has created his very own HUMAN BALL. “It’s a tribute to the rugby ball, reinterpreted for the magazine L’Optimum and Eden Park. In total, 15 customized balls were designed by 15 personalities”, he explains. They have been on show since September 15th at L’Eclaireur Art Gallery, before joining the auction house FauveParis, where they will be auctioned to benefit the Association Les Papillons du Ciel on September 29th at 8:30 pm. It’s no secret that Savoy, who just published his autobiography, Savourer La Vie, supports Bourgoin-Jallieu, his rugby team of choice. 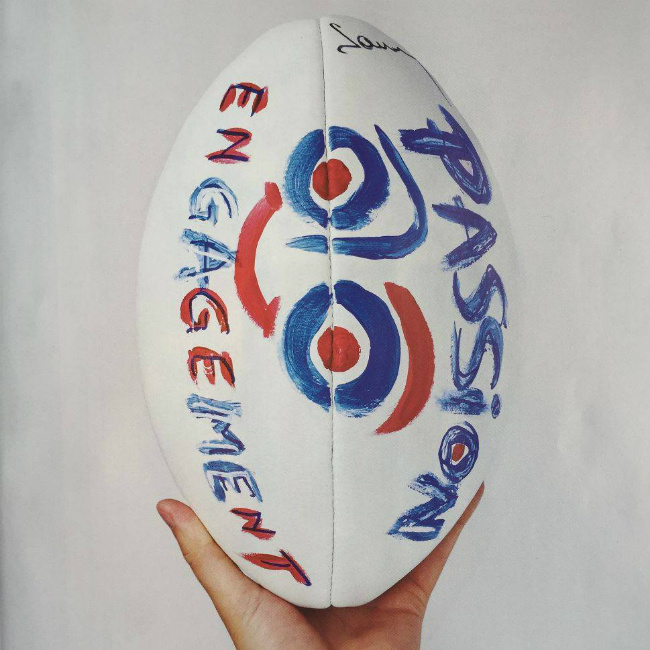 Spot players and coaches at the right-bank and left-bank Les Cocottes de Christian Constant, Café Constant and Violon d’Ingres. “I played until I was 14, when I had to choose between rugby and cooking. My father, who was a policeman, didn’t leave me any choice, so I had to stop playing rugby and move into the kitchens as there was no real career path with rugby in my youth. It was sad, because when I played with them, my team Montauban were the champions in the Pyrénées. Rugby is like cooking, you need a captain and all the players have important parts to play as part of the team. It’s the same in the kitchen, “if you don’t take risks you’ll never advance!”

If you’re hungry and want to talk rugby, head straight to La Ferrandaise. There’s five or six starters on the blackboard. You could begin with Pressé de foie gras mariné au miso blanc or Beef Rillettes topped with bubbling Tôme d’Auvergne cheese. Mains include a blanquette of veal with rice, served in a cocotte dish; Fish of the day, fresh from the market; Roast chicken with mushroom vinaigrette; Roast shoulder of lamb. There’s also warm bread from Monsieur Poujauran, and the cheese board, left on the table, boasts perfectly ripe Saint-Nectaire, Fourme de Rochefort Montagne, Bleu d’Auvergne, Fourme d’Ambert, and Bleu de Laqueuille. Delicious desserts include Café Gourmand Ferrandaise, a generous taste of chef’s profiteroles. Here’s a classic restaurant, run by a passionate gastronome, the old-fashioned way, with a bright modern spin. 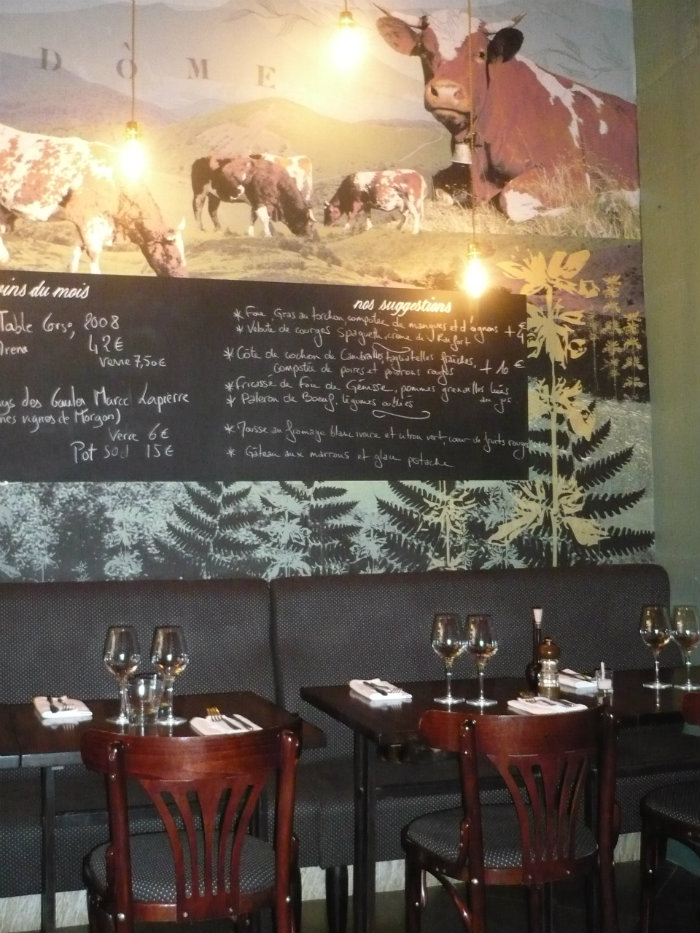 Rugby mad Sebastien Gravé and his team have created a gastronomic space dedicated to the oval ball and the iconic Pottoka ponies who live in the mountains of the Basque region. High stools, a bar, trophies and rugby memorabilia punctuate the walls. Accents are on the cuisine of the south-west, where chef Gravé hails from. Begin with crab meat in tomato jelly served with creamy eggplant and a parmesan stick. Continue with the dish of the day Daurade (sea-bream), or try the cod in citrus fruit crust paired with crushed artichokes and fennel. There’s also a comforting lamb confit, vegetables, squid, pistou and heirloom tomatoes. Finish with Pays Basque cheeses and excellent desserts like Gateau Basque, French Toast and vanilla ice-cream. And, if you’re heading to the town of Bayonne in Basque country, Gravé just opened La Table de Pottoka. 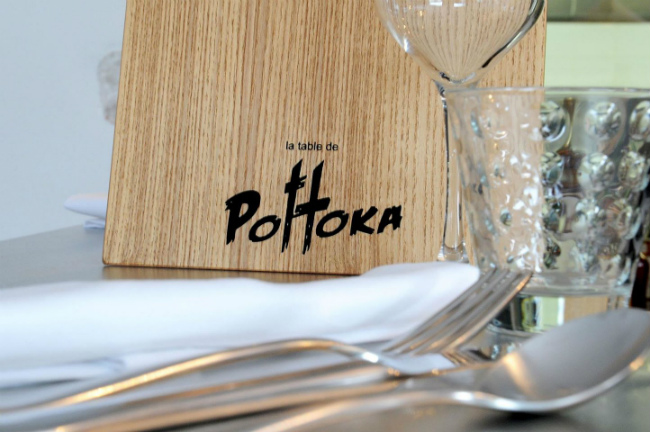 “I’m the daughter of a scrum-half, and many of my friends are rugby players,” laughs Hélène Darroze who grew up in the Landes region. Today you’ll find her in London at The Connaught where she has two Michelin stars and where Sébastien Chabal, Thomas Castaignède and Serge Betsen often dine as well as her bestie Dimitri Yachvili. And in Paris, on rue d’Assas, at her delightful Michelin-starred eponymous eaterie. Excited about the World Cup, Hélène and her daughters will be in front of the TV every spare moment they have. “I prepare a “plateau télé” of cold dishes so there’s no interruptions running to the kitchen and missing a try,” she admits. “The starters could be cold bean and corn soup with crunchy croutons, or burrata with fresh figs and Bigorre ham from Pierre Mateyron. The main course is game pie, green salad with cèpes, chunks of parmesan drizzled with olive oil and Barolo balsamic vinegar. Then, a hazelnut spiked coulommiers and mascarpone cheese and, for dessert, damson clafoutis. I love to sip green tea, but an Irouléguy white d’Arretxea or a red Domaine Le Roc marries well. Recently I have been more in Paris than London but if the French do well in the World Cup I will definitely be at Twickenham to cheer them on!”

Another star chef with a love of rugby? Christophe Moret, Executive Chef at the Shangri-La Hotel, Paris, who used to play for the Rugby Club d’Orleans. 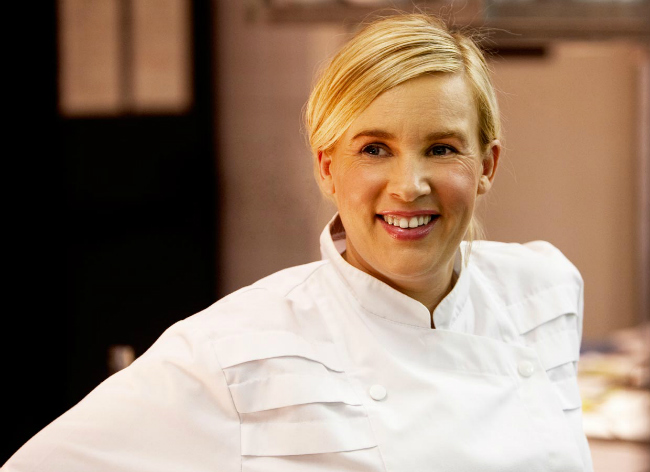