“Better to be deprived of food for three days, than tea for one” – Chinese Proverb

“It takes three elements to produce the perfect tea: man, the earth and the weather”, Leleu said as he carefully poured his new creation. “I only use white porcelain cups because colors form a shadow and you can’t see the tea’s pure shade”, he explains. “And, I prefer to use Treignac direct from the source, it makes a huge difference to the flavor,” he adds. [Treignac is President Hollande’s spring water of choice.]

The forty-something Maître de Thé is also a writer, musician, dreamer, and artist, who has a passion for traveling and a nice cup of tea; think of him as the equivalent to a “nose” or wine sommelier. If he were a wine he’d be Chardonnay; a perfume? “Something by Hermès!” he smiles. 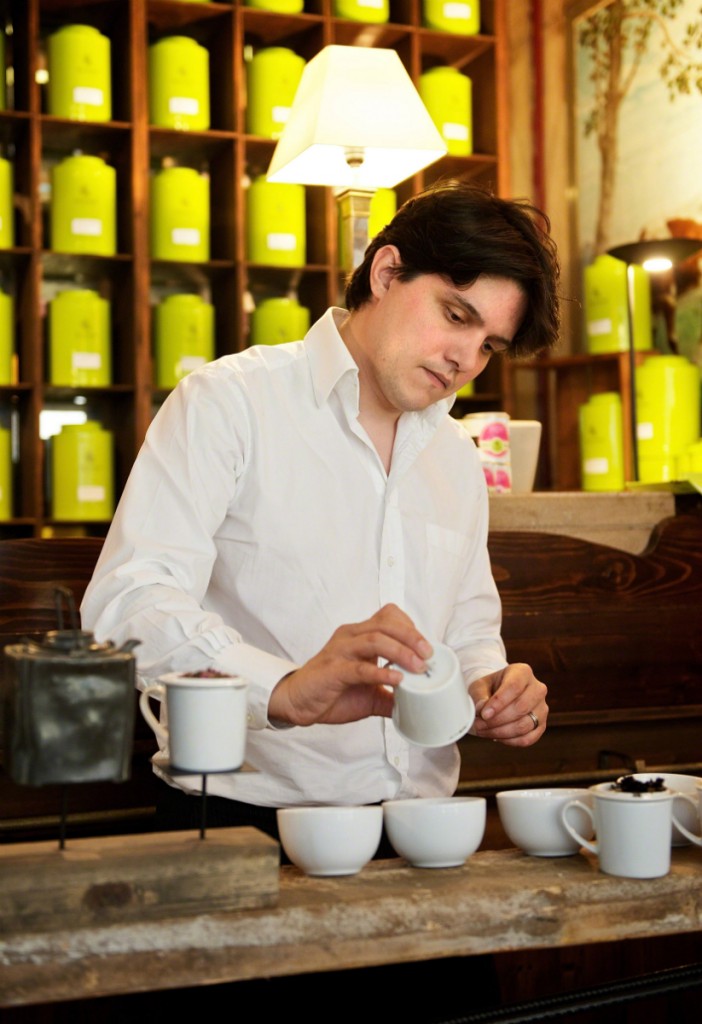 Leleu launched Theódor his luxury brand (a 3oz tin costs from 19€) in 2002, and it’s now an acknowledged global reference in 35 countries from Japan, London (Harrods) Mexico to Paris, where you can find his charming boutique, tucked away in a side street just off place Mexico in the 16th arrondissement. The vintage-style boutique is housed in a former glacier/crèmerie. Walking through the door the fragrance of the teas is divine. Mmmm. But don’t expect to find Leleu behind the counter; Madame Sylvie is there to advise in his absence, as he’s traveling 265 days of the year.

The alchemy of tea takes place in his Bonnières-sur-Seine laboratory, without the use of any preservatives or additives, just extracts of essential oils, flowers, plants and spices. Each blend takes 20 months to satisfy Leleu’s palate; the deluxe T-bags (14.95€) took more than three years to perfect. At the Palais de Tokyo launch of Absolu Olong, Leleu said he worked on producing a tea that is an imaginary walk in the garden with notes of peach, pear, lotus flowers and green and blue Oolong, excellent to drink throughout the day.

The title Théodor is the revival of a mid-nineteenth century Paris teahouse, of the same name, whose Jewish owner closed its doors at the beginning of WWII. In naming his company, Leleu says he pays tribute to his grandmother’s favorite teahouse. “Theodor, means “gift of God”, he explains. 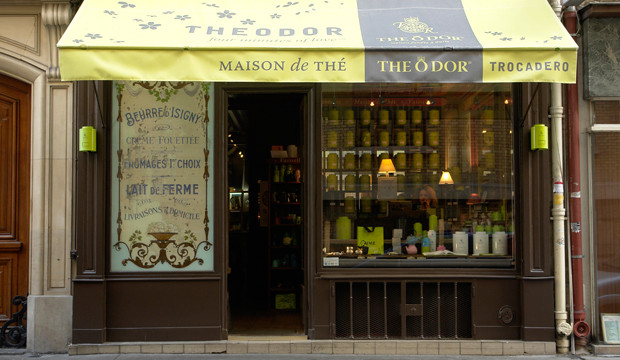