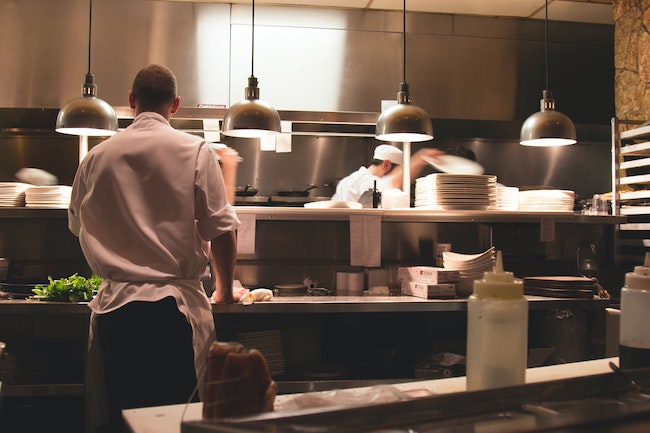 What a year this has been, my, oh my. It started off slowly but solidly in January when Colette and I brought in the New Year at some of our old favorities such as Ze Kitchen Galerie, le Clocher Periere, l’Epigramme, Rech, Spring, Garance + Equitable but we quickly encountered l’Entêtée, which I concluded was this year’s Spring, le Clocher Pereire, l’Epigramme or Afaria.

By late February/early March the new places had begun to settle in and for me the only ones that were impressive were l’Idee, Les Bouchons aka Le Restaurant de Philippe et Jean Pierre + Quai-Quai, until my food finder extraordinaire Atar suggested we trot out to the burbs to try the Auberge des Saints Peres in Aulnay sous Bois – wow!

April brought not only showers but Hide aka Koba’s Bistro, Veraison and Gordon Ramsay’s Veranda and late May/early June saw a burst of places that were all above average if not as top as the top: Itineraires, Six Odeon, Ducoté Cuisine, 153 Grenelle, Le Gaigne, La Folle Avoine, Le Telegraphe, Les Comperes + M comme Martine.

It was around here that I took a quick jaunt to Bilboa and was enthralled by the food, architecture and art; it really recharged my batteries.

June, July and August are my times to get out into the country (Nancy to Troyes) and hunker down, either with Colette, our friends or old acquaintances, often at old haunts, and not much hit the windshield until the rentreé. But hit it did, with a vengeance – with an incredible meal at the Table d’Adrien in the 2nd. Alas, M. Adrien is quirky and despite his assurance that I could write his “club” up for Anglophonic readers, calls by friends, female bloggers and I have resulted in not one confirmation of my enthusiasm.

Nonetheless, the other fall openings almost made up for this misstep, with: La Cantine du Troquet, Le Boudoir, a la Chataigne, La Table d’Eugene + l’Ardoise Gourmande.

Again, Colette and I took a little time from eating in France to visit Romania and while the food was not super, the exotic country was.

October saw another burst of new places, many again above-average, such as Agapes, Miroir, Dos de la Baleine, Memere Paulette + Au Gout Dujour. And November-December brought in Jadis, l’Assiette and brought the Bistrot 121 back from the dead and pricey. Only Chamarré befuddled me, but I explained that last week.

Because of the quirky nature of the Table d’Adrien, I’ll give you 11 instead of 10 top places this year but all the places I’ve mentioned positively above are well worth a visit (with two caveats: both Itineraires and Lena & Mimile have been shockingly inconsistent):

Save on Sightseeing in Paris with the Paris Pass!

The Paris Pass has all you need for a fantastic trip to Paris – and it’ll save you time and money too!

The Paris Pass is bursting with value, including:

You can visit as many attractions as you like, and with fast track entry at the busiest attractions, you will save time as well as money with the Paris Pass in your pocket.

More in Eating in Paris, restaurant