Off-White is On-Track: A Thrilling Sports-Inspired Fashion Show in Paris 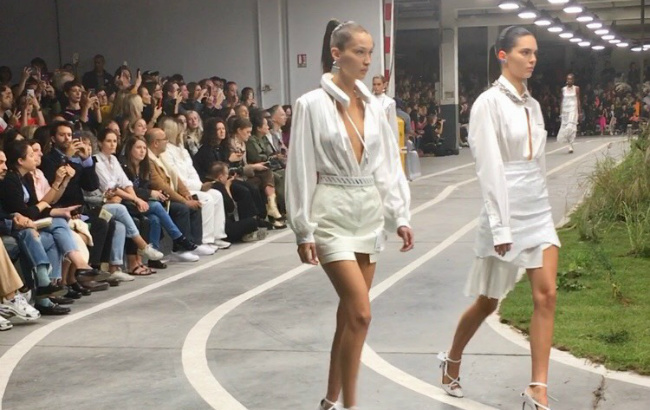 Inside a repurposed space on Passage Saint-Pierre Amelot in the 11th, the crowd was abuzz with excitement. Rumor had it that Kendall Jenner, arguably one of today’s top models – if not the top model – would be opening Off-White’s Spring 2019 show.

Fashionably late, the 7pm show began at 7:30pm on Thursday evening, and lasted less than 10 minutes. Models walked around the racetrack, wearing sports jackets and neon singlets as Beyoncé songs blared from the speakers above. Hundreds of onlookers –fashion journalists, buyers, videographers, bloggers – gazed on at the invite-only show, as its rumored opener, Kendall Jenner marched down the racetrack runway. At her side was Bella Hadid, another one of today’s most in-demand models. 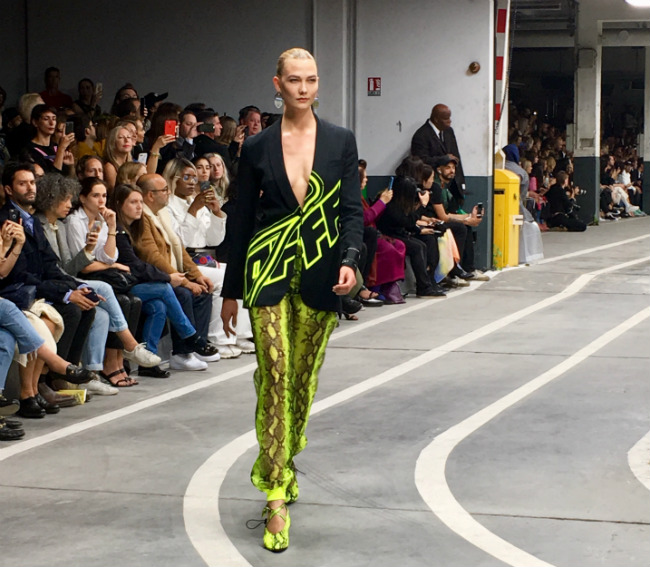 Kendall and Bella each wore white shoes, white skirts belted at the waist, and long, white billowing button-up shirts (on which a handful of buttons were missed). As for makeup and overall look, each model was fresh-faced and lacked any major make-up additions. Hair was universally sleek and pulled back, in keeping with the sporty theme of the show. (In addition to a racetrack runway, show invitees received their invitations with an enclosed race bib.)

Another highly buzzed-about addition to the show was supermodel supreme (and Taylor Swift bestie), Karlie Kloss. Kloss, I was told by my videographer seatmate, “rarely does shows anymore. It’s a big deal that she’s here.” Kloss stunned with her drop-dead beautiful looks – razor-sharp cheekbones, intense eyes, statuesque body – and the Off-White outfit of shiny lime-green pants, a black blazer with neon green detailing, and heels. 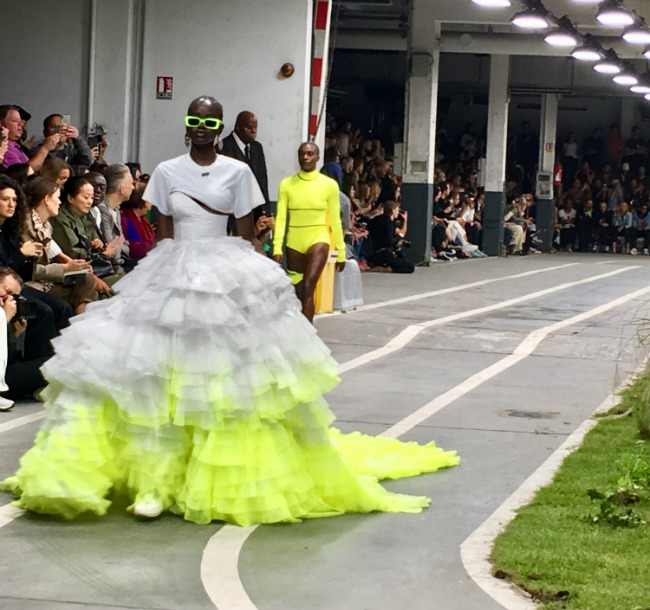 Other looks on models included an assortment of everyday looks (white pantsuits, snakeskin pumps, white leather jackets, black miniskirts), mixed with the high-end and the absurd, like the ballgown-sized white dress with neon green at the bottom of the layers of ruffle. The model wore goggle-looking sunglasses. Other notable mentions for the categorization of absurd and fun go to the neon green, snakeskin print fanny back, the long neon dress which looked like a giant sweatshirt, and the ballet-inspired robin egg-blue dress with a leotard-like top, an asymmetrical tulle skirt, paired with bright-colored sneakers and an enormous chain, functioning as a necklace of sorts.

Chain necklaces mixed with ballet tulle are a pitch-perfect example of the beautiful marriage of high and low, which Off-White has come to perfect. The label’s look has always been “streetwear luxury,” and the Spring 2019 show solidified its place in that part of the fashion landscape. The Italian label was founded in Milan by American Virgil Abloh. The energetic Abloh did a victory lap at the show after the models bowed. 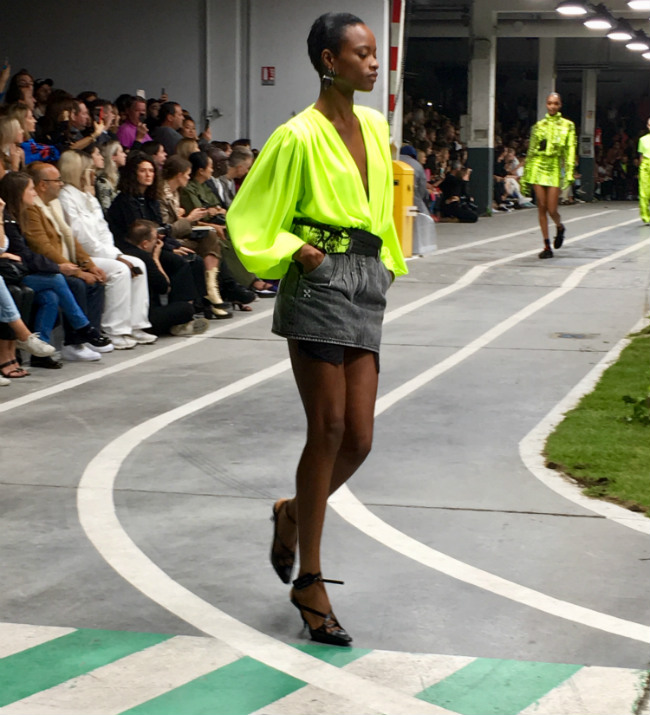