Design Dream: Maison Sarah Lavoine Teams up with the Louvre 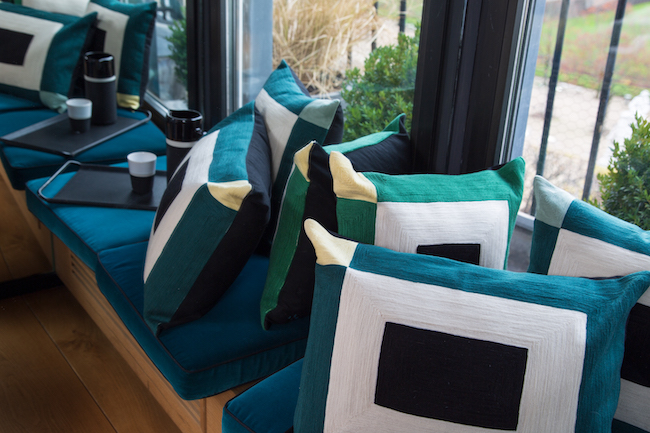 Maison Sarah Lavoine, the lifestyle brand mixing decor and fashion, just launched a collaboration with the Louvre, one likely to increase the designer’s international fame exponentially. If you are picturing Mona Lisa tote bags or other less than subtle promotional items, think again.

Because Sarah Poniatowski, the founder of Maison Sarah Lavoine, is the epitome of contemporary Parisian elegance, and this collaboration, an homage to the Tuileries Garden, exudes the same timeless chic.

Stretching between the Louvre and the Place de la Concorde, the Jardin des Tuileries take its name from the original occupants of this plot of land: the tile makers (tuile in French is a roof tile). It was here in the 16th century where Catherine de Médicis decided to have a garden built that was similar to Giardino dei Boboli in her native Florence.

At the time, Catherine resided in the royal palace that would become known as the Tuileries Palace (destroyed by the Communards in 1870). Italian gardener Bernard de Carnesse planned a splendid Renaissance garden, the perfect stage for lavish parties and celebrations.

Destroyed by a flood from the neighboring Seine, it would take one century and the genius of André Le Nôtre, gardener to the Sun King, for the park to look like it does today.

Since then, the gardens have undergone two major refurbishments, one in the 1990s, as part of President Mitterrand’s Louvre revamp, and one more recently, still in progress and likely to evolve in light of the recently unveiled plans for a renaissance of the Champs Elysées. (The famous avenue was originally imagined by Le Nôtre as a tree-lined extension of the Tuileries.)

As I take a curated stroll along the alleys, a perfect example of a jardin à la française, under the expert guidance of Isabelle Glais, deputy director in charge of the Tuileries at the Louvre, it is easy to understand why the Louvre has decided to collaborate with Maison Sarah Lavoine on this project. 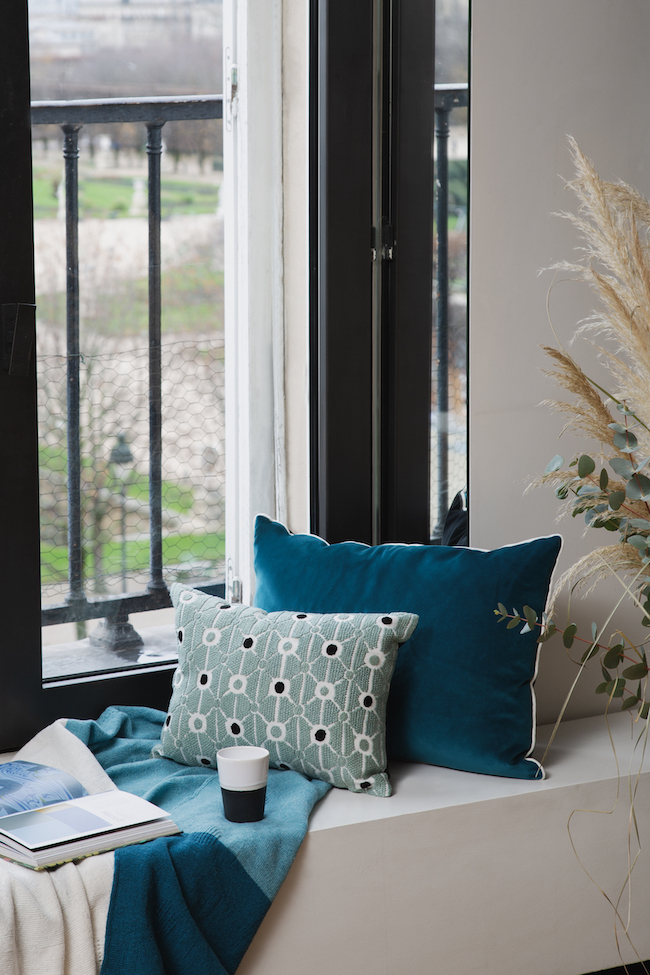 Indeed, this one might be Sarah Poniatowski’s most Parisian iteration yet, and the one closest to home. She tells us she has lived in this area for 25 years: Her children consider the Tuileries like their backyard, and on a sunny day the designer can be found sitting by the fountains, the book in her hands often forgotten as she watches Parisians go by. She finds endless inspiration in the flower beds that change seasonally, the 16-strong team of gardeners finding new ideas by looking at the Louvre’s masterpieces.

The personal connection is strong, evident in the small details in the collection: the pedestals of the statues dotting the gardens turned into candle holders, the diagonal stripes on the velvet cushions recalling the sails of the petits bateaux (toy boats) children race in the ponds, the geometric prints on scarves and tote bags copied from the garden plans drawn up by Le Nôtre.

Poniatowski was born into the trade. Her father, Jean Stanislas Poniatowski, scion of a royal Polish family, spent years at Vogue Paris, while her mother, Sabine Marchal, is a decorator. With her Parisienne looks and her connections, Sarah could have been content with being an it girl. Instead, she started her design adventure in 2002, and today is at the helm of a business encompassing a design studio, brick-and-mortar lifestyle shops, a thriving e-commerce platform and, of course, successful collaborations like this latest one with the Louvre.

The Tuileries collection will be available in shops and online both on the Maison’s website and the Louvre online boutique, starting February 18, 2021. With its effortless chic, subtly bright colors and quintessentially Parisian flair, it is a joyful ode to the City of Light and its beauty.

Previous Article 5 Things to Know about the Centre Pompidou Closing
Next Article Metro Magic: You Say Potato, I Say Parmentier

Get Your Purchases Tax-Free in France!