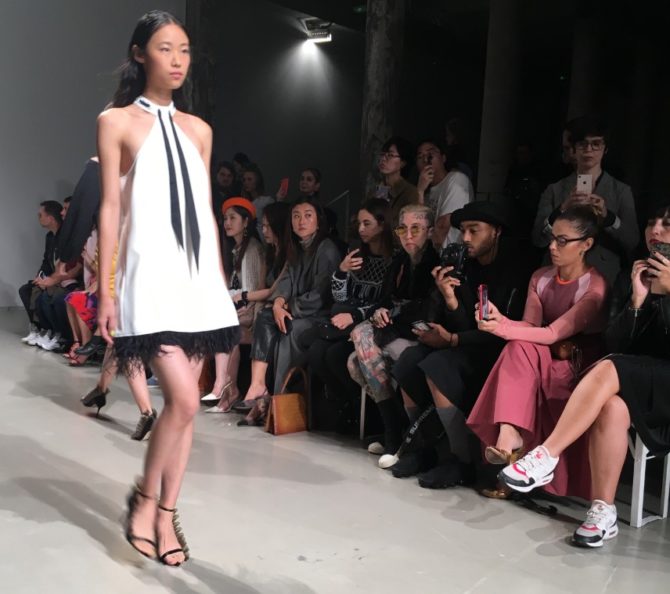 The world feels increasingly connected through globalization, yet also, fractured beyond repair by politics and climate. Great art tends to soothe and smooth over those fractures and create more unity and connection. Paris Fashion Week’s Spring-Summer 2020 shows in late September and early October debuted incredible art in the form of fashion, from an array of mega-houses, like Vivienne Westwood and Balmain, to newer designers, like Liu Chao.

Chao, a Chinese designer who calls Paris home, has been making waves as he gains his footing in the fashion world. A graduate of design school Studio Berçot, Chao also cut his teeth in the fashion world from stints working at iconic French fashion houses Hermès and Céline. He forged his own path in 2016 when he created his eponymous brand, Liu Chao Paris. Hailed as a mix of art-meets-street-culture, Chao’s clothes are for the hip urbanite who wants to flex their fashion muscles and be noticed. 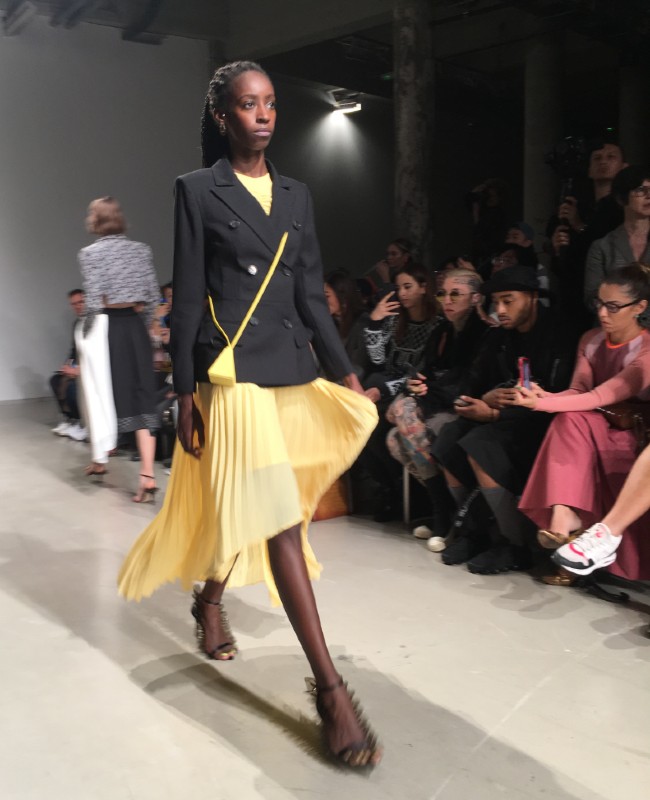 His latest show, held at Paris’s Palais de Tokyo in early October, showcased the Liu Chao Paris looks for Spring-Summer 2020. Eager buyers, members of the press, fashionistas, and influencers, were welcomed into the museum and the lights soon dimmed as techno music blared.

From the top of the runway, models of all backgrounds walked in step to the music, flaunting Chao’s springy looks, which focused on a color palette of yellow, red, black, and white. Yellow was, inarguable, the featured hue, giving off bright, sunny, summer-y vibes. Flouncy dresses and tops bounced in tune with the models’ steps, as they walked in their spiked stiletto heels of varying colors. 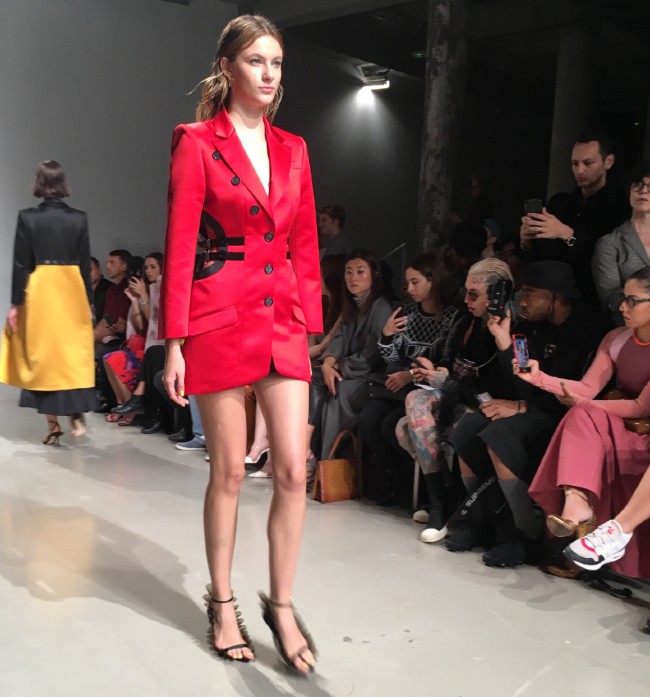 Hair was kept simple; each model sported a slicked down, wet-looking hairstyle, in keeping with other hairstyles seen on runways throughout the week. Billowy dresses with flair and shine could be more fully appreciated, thanks to the unfussy, simple hairstyles, devoid of headdresses and head-set contraptions, like those seen at the Thom Browne show earlier in the week.

Pantsuits reminiscent of the 1980s film Working Girl were in no short supply, nor were long jackets, skirts, and flirty cocktail dresses. Black cutout dresses seemed a bit out of place, as a look that was popular a few seasons ago but has since died down slightly. The champion items (and statement pieces) of the show were Chao’s coats and cloaks, which were so long they brushed the floor and also had an air of magic and almost a fairytale, otherworldly feel to them. 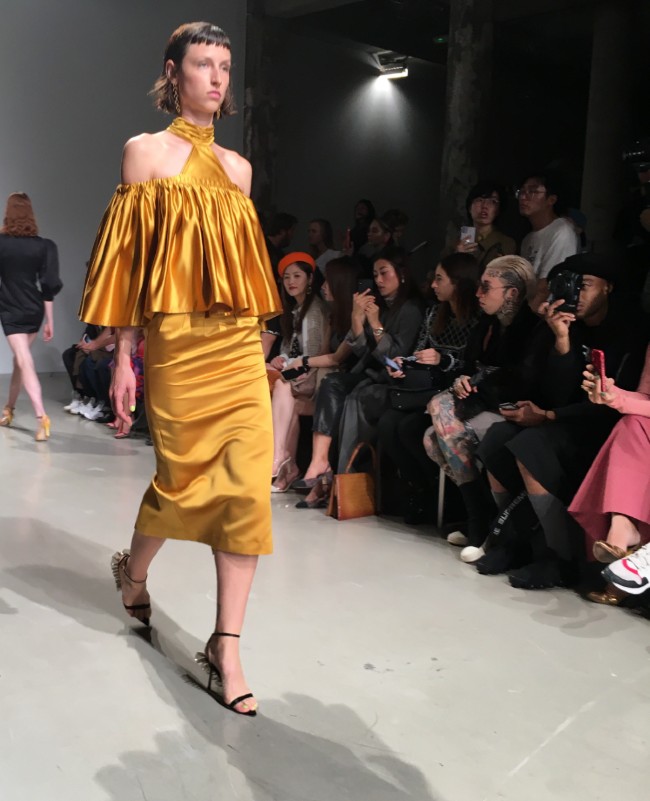 Chao is undoubtedly one to watch as he continues to build a career of which to be proud. His bow at the close of the show was one of thanks and a certain earnestness not often found in the blasé, seen-it-all-before fashion world. It’s easy to want to root for Chao, and his work – and artistic eye – proves he’s someone to root for.