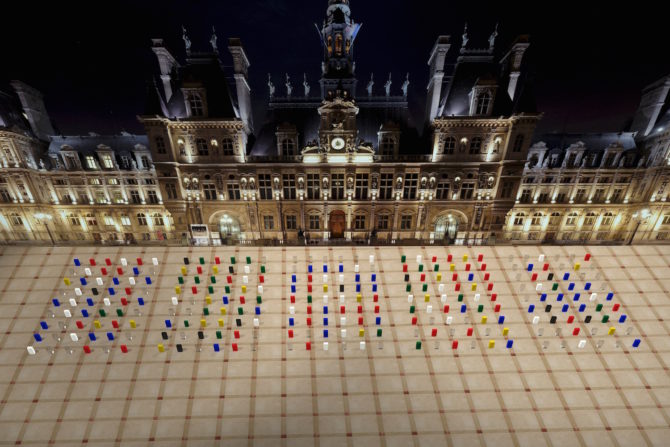 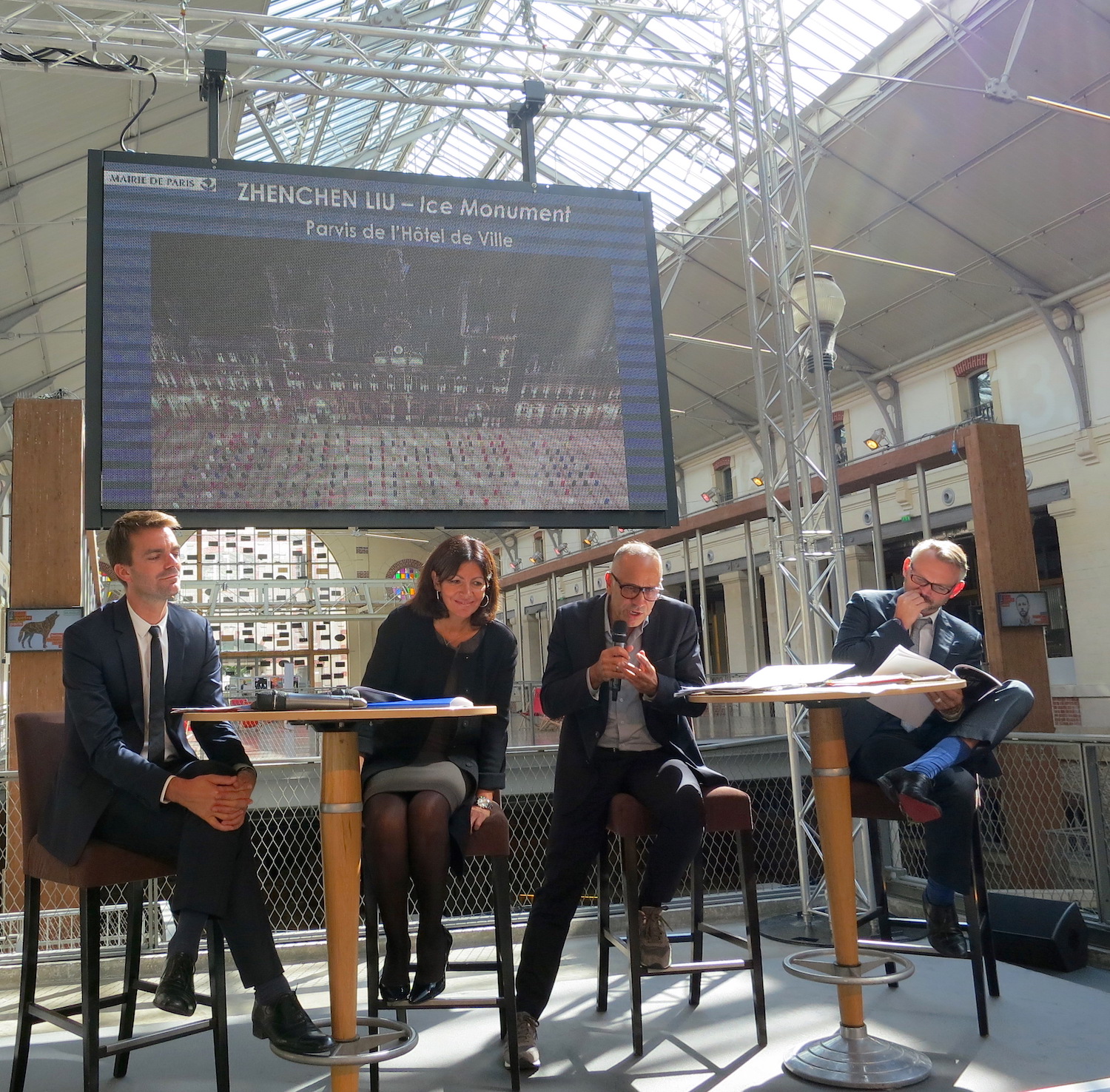 Bonsoir Paris! On Friday October 3 the city becomes a living and breathing contemporary open-air gallery, with installations and live performances from nightfall until dawn.

“What we have in common, is above all the rest,” said Mayor Anne Hidalgo evoking the power of art to bring us together and help us rise above our differences. Together with Bruno Julliard, deputy mayor for culture, artistic director José-Manuel Gonçalvès, and Noël Corbin, director of cultural affairs of the city, Mayor Hidalgo unveiled the Nuit Blanche “official” and “OFF” program during a press conference on Monday September 14 at the Centquatre art center. 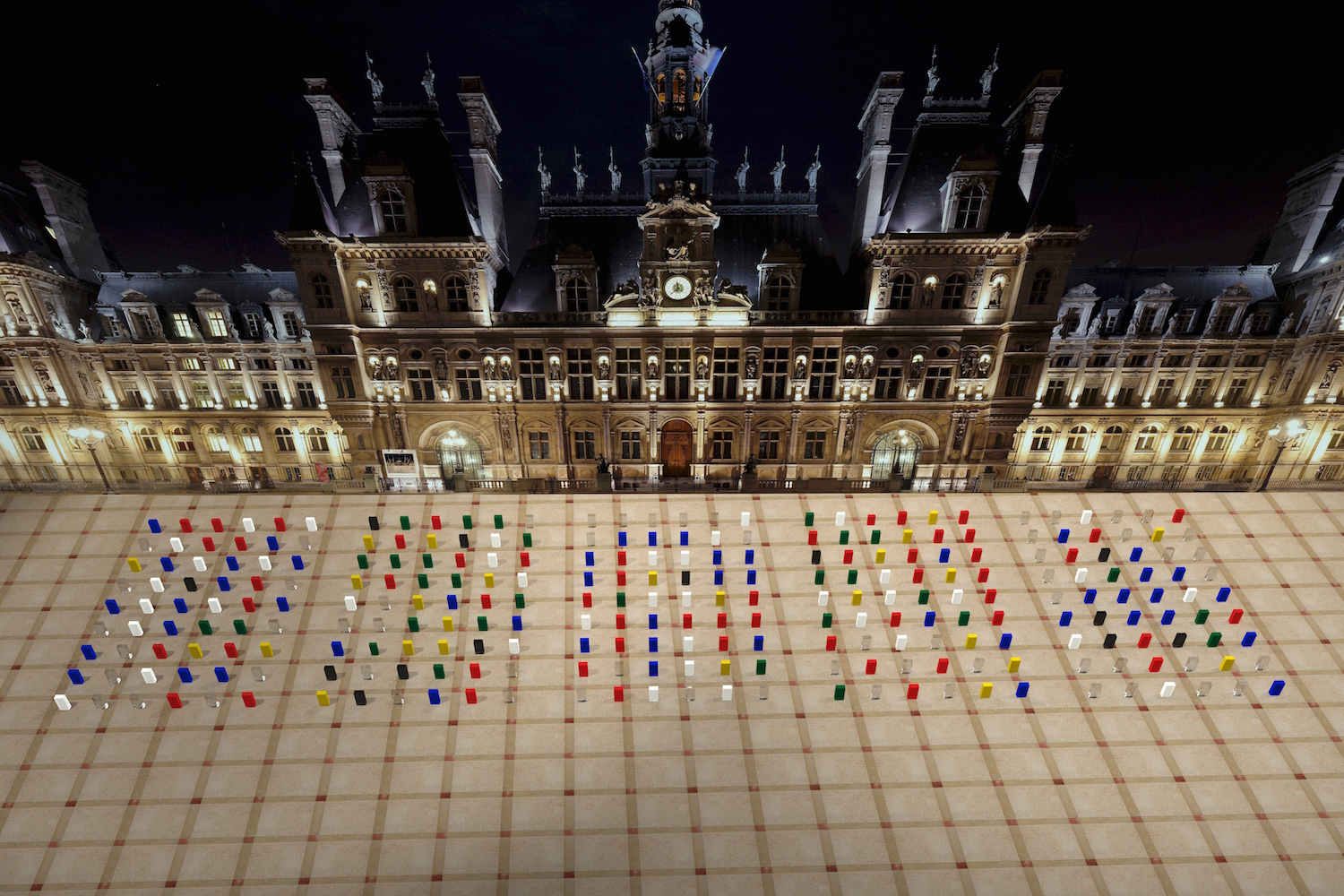 The theme Atmosphère ? … Atmosphère! of the 14th edition of Nuit Blanche grapples with climate change, leading up to the World Climate Conference COP21 taking place in Paris in November.

Setting the tone in an echo of the receding polar icecaps, “Ice Monument” by Chinese artist Zhenchen Liu presents an ephemeral sculpture on the courtyard of the Hôtel de Ville. Only destined to last 4 to 6 hours, 270 human-sized blocks of colored ice melt to form a huge abstract image on the ground. 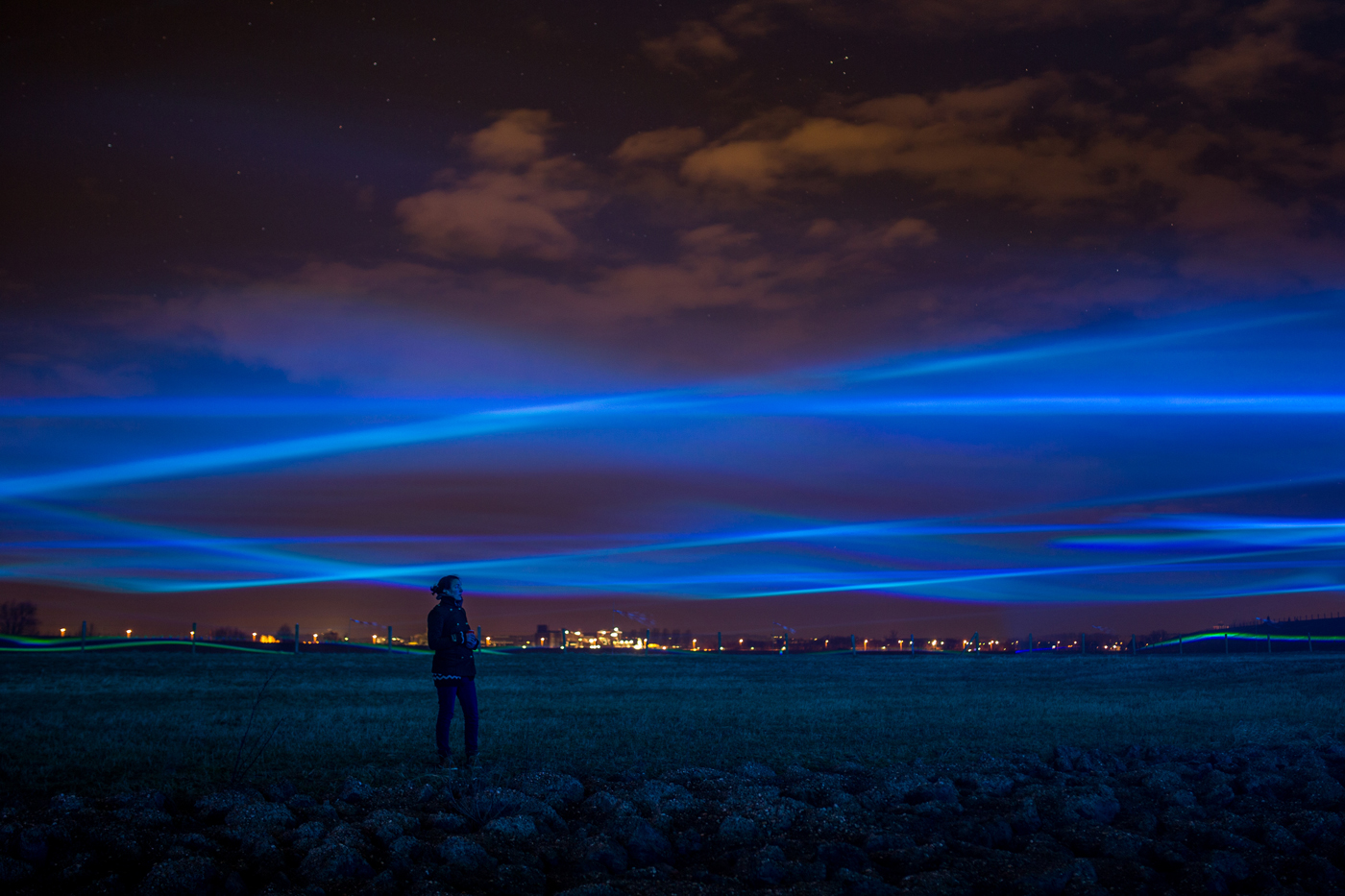 The Centquatre is also a protagonist with work by Flemish artist Berlinde de Bruyckere and British sculptor Anish Kapoor. “While I didn’t want to play favorites,” joked artistic director Gonçalvès who is also the head of the Centquatre, “I would’ve had to go out of my way to avoid the Centquatre as the path goes right by its front door”.

While the astounding effort of the 23 projects included in the official program are reason enough to get out of your onesies for one night and share a reinvented urban landscape with your fellow denizens, the “off” program has been equally considered with 106 projects under the initiative of local artists, institutions and associations.

For the first time the event ventures north into the expanding greater Paris, the  northwest strand linking Parc Monceau to the Petite Ceinture, and the northeast strand linking the gare du Nord with Aubervilliers, passing by the new gare Rosa Parks and the entrepôts MacDonald, both connected by a “Tangent”.

Although the itineraries have been designed to be easily covered on foot or by bike, dedicated transport links will run all night to make it easier to get across the city, and the Fondation Louis Vuitton will be reached via free minibuses from Parc Monceau. Over 80 facilitators, recognizable by their green “Nuit Blanche” windbreakers, will be on hand to guide and explain the different art points.

Nuit Blanche is always stimulating and thought provoking and this edition promises to be no exception. Nessun dorma!