Picasso and War Exhibit at the Musée de l’Armée Invalides 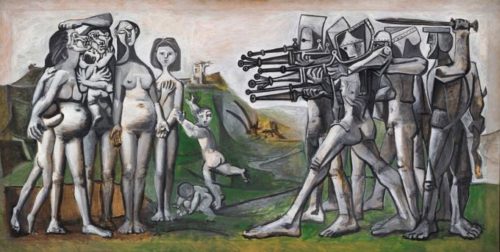 The great artist Pablo Picasso (1881-1973) lived in a world marked by major conflicts. This intriguing exhibition looks at Picasso’s relationship with war; though he never served as a soldier, Picasso was influenced by the 20th century’s horrific conflicts. To quote the curators: “When France was liberated he was seen as a resistance artist and activist, and after the Second World War he became a figure whose political statements conferred on him a unique role in history as it unfolded…”.