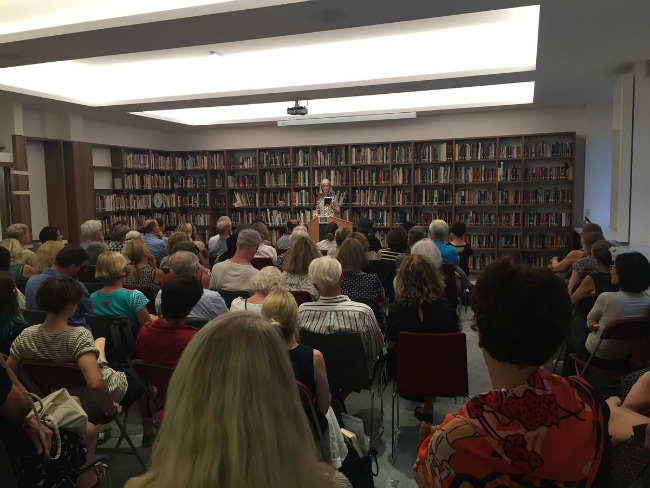 The first program at the newly- remodeled @amerlibparis, as Jane Smiley reads from her Last Hundred Years trilogy. pic.twitter.com/1uRoBaHNuK

The American Library in Paris (ALP), the largest English-language lending library on the European continent and an important American institution in Paris since its founding in 1920, was closed for three months this summer, to allow for a major renovation project to take place. And the good news is—they’re back!

There will be a grand celebration of the library’s reopening this Sunday, September 25, from 1:00-7:00 p.m. (13h-19h). This event is free and open to the public, so invite your friends and neighbors to come see the library’s newly improved facilities. In addition to guided tours with the library director and architect, and hands-on tutorials for using the library’s digital resources, there will be fun activities for all ages, including a story hour, a family scavenger hunt, and voter registration for the upcoming U.S. elections. 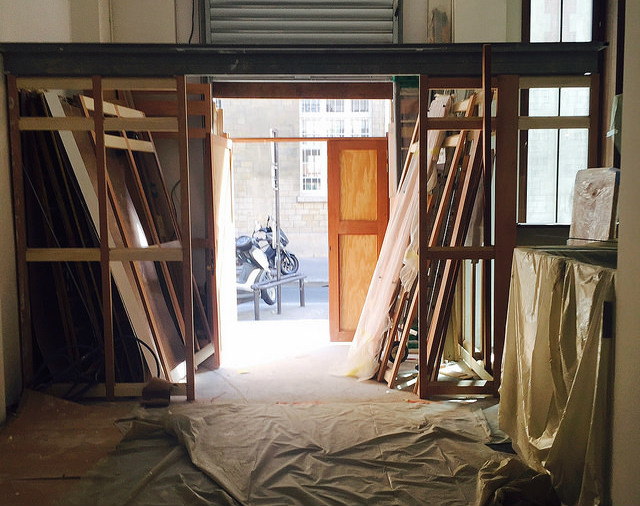 In addition to a new and much more inviting street façade, the renovation has added about 120 square meters of additional study space for library users, including new study carrels and workspaces on all three levels. There will be more light throughout, and elevator access to all three floors. The improvements in the facilities will also allow for more simultaneous activities to take place, thanks to soundproofing of the study spaces. “In the past some people felt it was a bit like a prison,” says Charles Trueheart, director of the library. “The new design has opened up the space and made it both more functional and more inviting. It’s a much more attractive presence, from both inside and out. It’s just a more uplifting environment.” 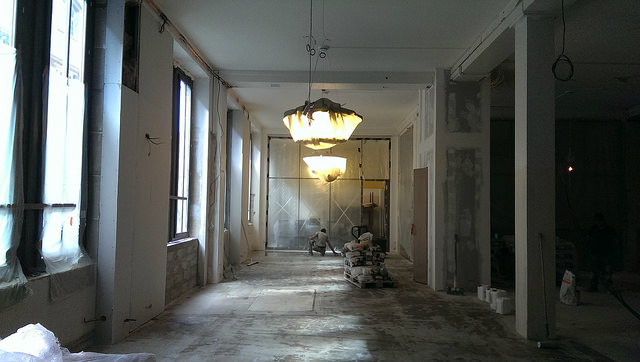 The third and final renovation to be undertaken in the last 10 years, this project was funded by major donations from Edward and Mary Lee Turner and the Florence Gould Foundation, along with generous gifts from a dozen other key supporters of the library.

In addition to the numerous benefits of membership—among them use of the library’s resources, attendance at library programs and special events, and participation in book groups—the American Library in Paris is a wonderful place to become involved in a vibrant social and intellectual network. “We hope more people will become involved with the library, and that they’ll spend more time here,” Trueheart says. “We have a wonderful new space to share. It’s really exciting.”

The American Library in Paris is located at 10, rue du Général Camou, in the 7th arrondissement. For more information, visit www.americanlibraryinparis.org.