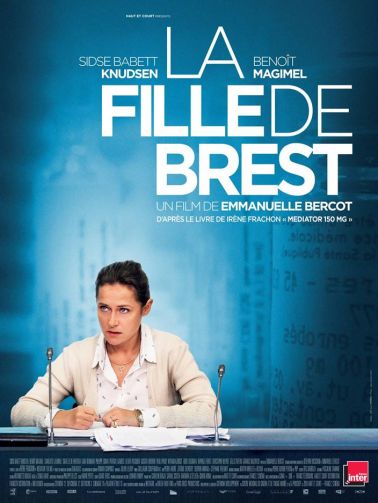 Does La Fille de Brest, directed by Emmanuelle Bercot, tell us something about Fillon-mania? The film is about a doctor, a lung specialist, not a politician. Dr. Irene Frachon (Sidse Babett Knudsen) wants to “help people”, not fight legal or political battles, nor embrace the mass media (and certainly not the alt-media or fake news). And she is, as the title indicates, from Brest, the industrial city in Brittany where they make submarines, not a Parisienne. But all of that may precisely be the point.

La Fille de Brest is based on a true story: How a provincial doctor led the way in exposing one of the biggest public-health scandals in recent French history—a drug called Mediator, originally intended for diabetics but then prescribed for a wider market, people trying to lose weight. Hundreds of patients died, and many more would have followed, if the unscrupulous pharma lab Servier hadn’t been exposed.

The film is a bit like one of those social crusader sagas/exposés adapted from a New York magazine article or other such source. In fact, it was adapted from a muckraking book written by its heroine, which is dense with medical fact. One of the director’s remarkable achievements is to dramatize the facts and statistics, to make not only Dr. Frachon human, but also her colleagues, her antagonists, and the tragic victims of the bogus (or at least misused) drug. 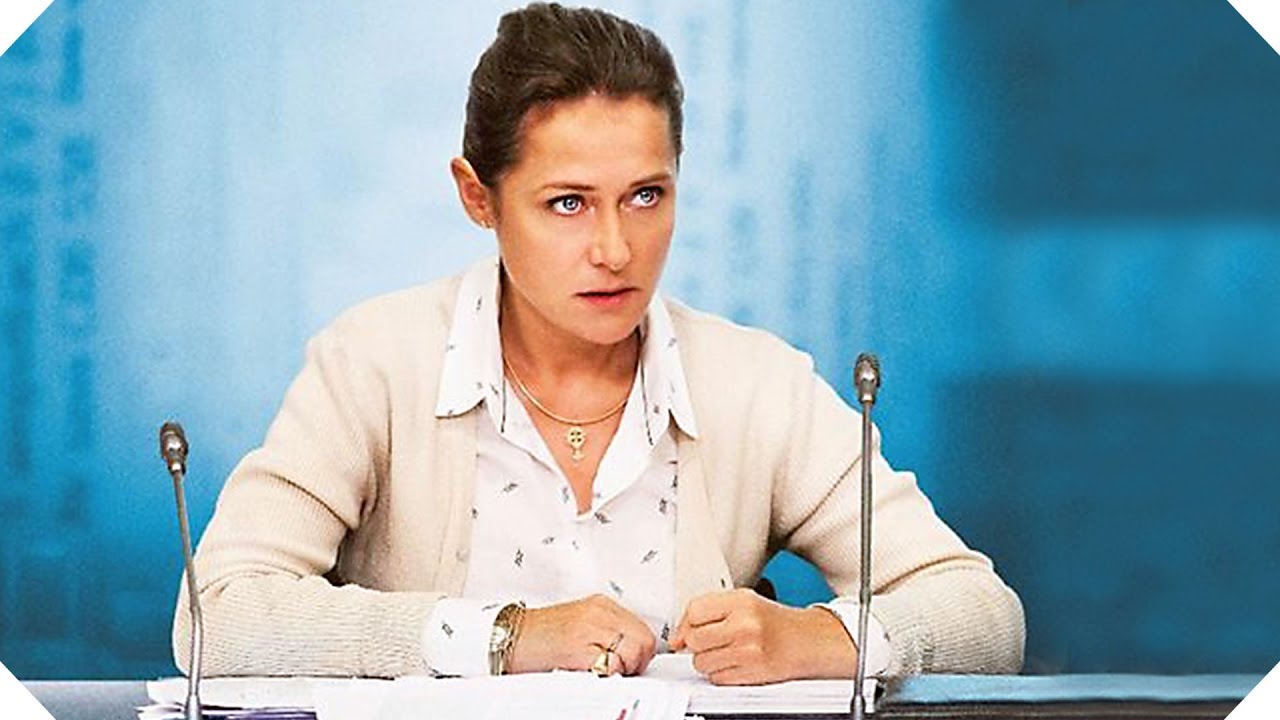 Bercot, an outstanding director of social drama (she made last year’s riveting La Tête Haute, about a troubled youth) is also determined to make La Fille de Brest a medical thriller. In this regard, it works best when it resembles All the President’s Men. We see Dr. Frachon and her sidekick Antoine Le Bihan (Benoît Magimel), another doctor, doggedly pursuing the trail of death and obfuscation like Woodward and Bernstein. An older woman researcher provides additional insight and urges them on. There’s even a Deep Throat, a national health-care employee who provides the medical sleuths with confidential information. This character (affectingly played by Olivier Pasquier) is portrayed as a concerned mid-level civil servant, more simpatico than either Hal Holbrook’s character in the Watergate film, or contemporary figures like Edward Snowden and Julien Assange.

The head of Servier (Philippe Uchan) is portrayed as a one-dimensional Snidely Whiplash baddie, as is a company spokeswoman played with slimy delectation by Violaine Gillibert (Bercot is an equal opportunity impaler). These characters are at least entertaining. The same cannot be said for the film’s real targets: the clueless yet arrogant public health professionals and scientists who’ve become too cozy with Big Pharma.

Where the film goes a bit off the rails is when the director pushes the thriller dimension. Think Costa-Gavras (Z), Alan Parker (Midnight Express), William Friedkin (anything he’s done). But in the end, this is a story about getting hold of facts and figures, and revealing incriminating patterns. There’s no real violence, raw sex, or car chases. (The exception is a sequence where it seems Dr. Frachon’s office has been broken into, which has real impact, because it’s so exceptional). Bercot overcompensates with a jarring electronic score and by often having the characters shout at each other, seemingly on the point of hysteria. 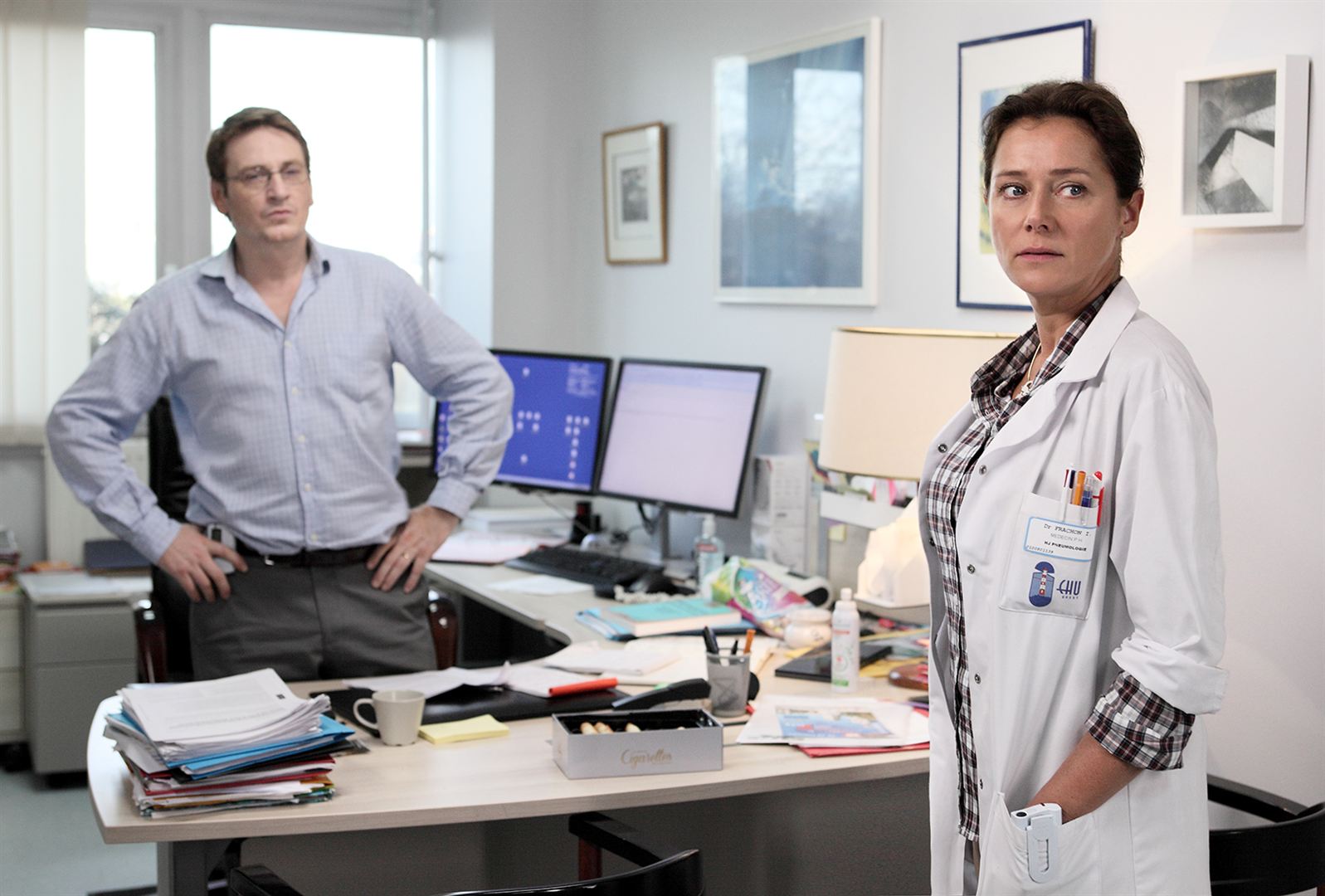 Knudsen’s full-bodied performance as Dr. Frachon is almost spoiled at times by excess: mugging, frantic gesturing, over-emoting, just plain overacting. It’s not clear if this was the director (“Let’s ramp it up!”) or the actress taking improvisation too far. Fortunately, over the course of the movie, the cumulative force of the doctor acting under pressure results in a masterly portrait of a flawed, but heroic human being.

The director seems to want her to also be an archetypal Bretonne (though the film is cagy about her origins: in fact she’s not from Brittany but Charente, and a Protestant to boot). Dr. Frachon is earthy, humorous, a loving wife and mother. She also hits the sauce frequently, as do several other characters (this is a stereotype about Breton culture, where apple cider packs more of a punch than most beer). There are vivid shots of both the industrial side of Brest, and the beautifully craggy shore (the regional tourist board had to get something for its subsidies). We don’t really get a sense of the place of Dr. Frachon and her family in the local community, though we’re meant to understand that the close cultural bonds account for her strong empathy with her patients. 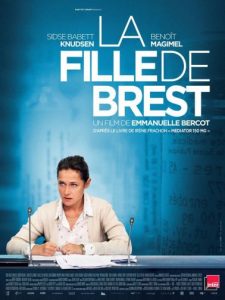 This also accounts for the oppositional dialectic of the film: the hearty provincials vs. the bloodless elites of Paris. It’s a story of comeuppance par excellence: a hands-on clinician, a woman doctor, prevails over corrupt, mostly male bureaucrats and plutocrats who literally killed innocents for profit. Bercot makes some ambiguous, provocative points when Dr. Frachon rejects the nationalistic arguments of the defenders of the French pharmaceutical firm, and when she shows Dr. Le Bihan leaving France for Canada (as many young French people are doing these days). Dr. Frachon doesn’t want to be a politician, to promote herself or her cause, to play the establishment game. That’s what many French voters said they saw in François Fillon in the recent conservative primary. As we see how this presidential campaign plays out, one could do worse than to see La Fille de Brest to get a sense of the pulse of the French people. Even though the actress playing her is actually … Danish.