Kids Invited on the Set at the Cinémathèque! 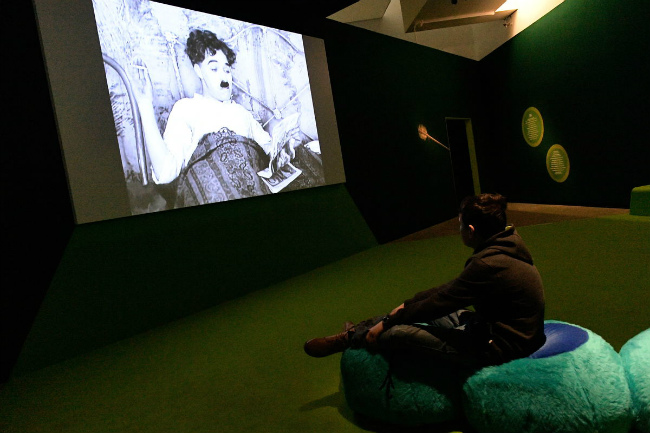 Movies have a magic we don’t really get in any other art form. From Georges Mélies to George Lucas, the cinema appeals to children (and the child in us all). The French Cinémathèque is organizing a special program for children, set to run until July 31. Mômes et Cie (literally: Kids and Company) is a wide-ranging exhibition with screenings, lectures, workshops and other activities, that takes young people behind the scenes of the movie-making process.

It begins with the films themselves, in every genre: feature films, animation, and documentaries. There are films from every period, some dating back a century, and from countries as far-flung as Japan and Iran. There will also be a program of 13 Disney/Pixar classics (though none from before the 1950s). Many of the films in the exhibition will be shown in a continuous loop representing not just genres but the particular emotions which mark children. 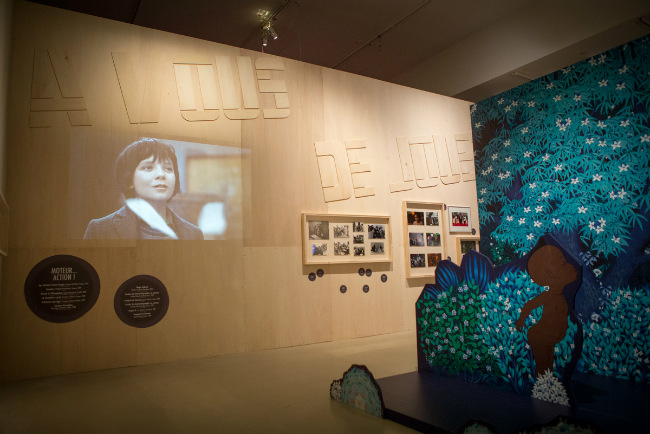 The main exhibition is organized around numerous rooms, each representing a particular theme. The themes are conceived in terms of sensations, with its own emotional flavor, texture, light and color. In addition to the film loops are decorative objects the Cinémathèque refers to as “totems”. These include an enormous furry caterpillar tongue from Alice in Wonderland that also serves as a bench where kids can sit while watching, a giant model of King Kong, the enchanted forest from Kirikou.

The exhibition also features preparatory drawings and sketches from numerous films, some never seen before in public. These includes sketches by Marjane Satrapi for the acclaimed animated film Perseopolis, pictures for Kirikou and the Sorceress by Michel Ocelot, celluloid pictures by Paul Grimault for Roi et l’Oiseau. There are photos of child actors as well as letters written by young movie fans.

Workshops are scheduled on Saturdays. Children have the opportunity to photograph themselves, project their own images, and draw on a wall that stretches the length of the exhibition. Other attractions include old-fashioned magic lanterns, illuminated theatres, and animation workshops. The exhibition is organizing family visits and activities (in French only, unless otherwise indicated). A wide variety of tickets and packages are available. These include an Open Ticket (12 Euros, 9:50 for children), a no-waiting pass good for the entire duration of the exhibition. Tickets are available on-line. For details see the Cinémathèque website.