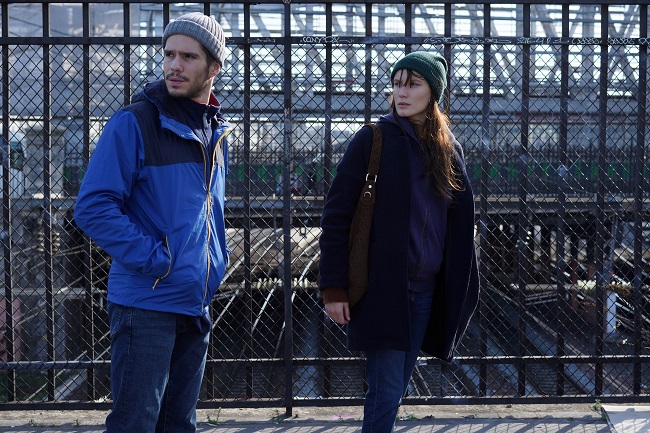 Cedric Klapisch’s Deux Moi (literaly Two Me’s—it might also be a play on Two Months) is contrived, but not in the glib, unresonant way of Hollywood comedies. It’s contrived in the manner of classic comedy, French (Jean Renoir) and American (Frank Capra), in the way life itself is contrived. Klapisch (director of L’Auberge Espagnol), is plugged into contemporary life, and this film was supposedly his take on online dating.

Actually only one of the film’s two main characters, Mélanie (played by Ana Girardot), resorts (rather desperately) to a Tinder-type app to find her Prince Charmant. The other, Rémy (François Civil), does spend evenings on social media, but to track down old friends from high-school days. (When he adopts a cat, he’ll also take in cute kitty clips on YouTube).

Both Mélanie and Rémy reside in neighboring buildings, and live parallel lives that don’t come together until late in the movie. Mélanie, a biologist, lives in an old-fashioned, picturesque building, while Rémy, a warehouse worker, lives in a charmless modern structure. Both of them suffer from the dislocations of 21st-century society: Rémy’s semi-skilled job moving products at the warehouse is being taken over by robots. In fact, he’s been moved to another position (tech support) at his Amazon-type firm, while former colleagues have been given the sack. On the opposite end of the professional spectrum, Mélanie has a demanding job in a university lab, and is preparing an important report on good-for-humanity cancer research. She doesn’t know if she’s up to it. They both begin to pass sleepless nights, aggravated by being sans partner. 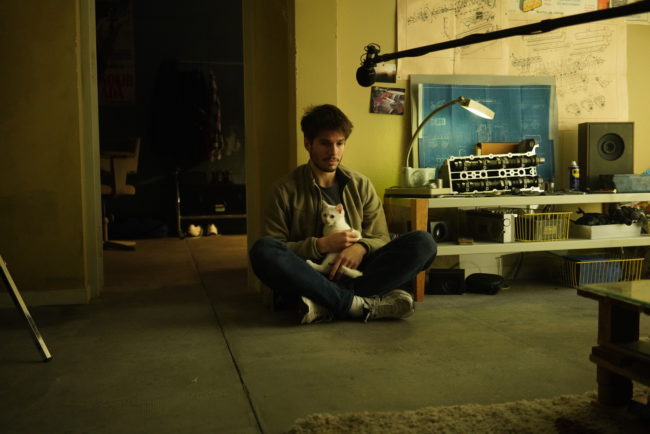 Rémy also suffers from urban alienation, as he comes from a mountaintop village in la France profonde (or maybe it should be la France haute). He values the city’s anonymity, but not the loneliness, something many transplants to large metropolises will identify with. His family and friends are far away, and social media friends just don’t cut it. Mélanie is a native Parisian, but she’s estranged from her parents. Her mother is the transplant, having moved to a provincial city (her father is a matrimonial transplant, re-married with an American woman).

The actors playing our hero and heroine are deeply affecting, and both possess a very youthful quality. François Civil looks like a young Ethan Hawke, and when he puts on a soulful expression reminds us of an even younger Warren Beatty. For her part, Ana Girardot looks like she might be Juliette Binoche’s kid sister, sensitive, nubile, adventurous. 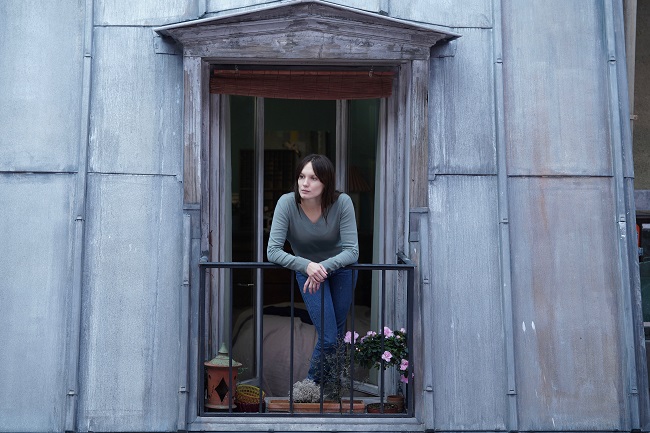 Credit must go to the director for bringing out superb performances from the two leads. On a technical and stylistic level, Klapisch is masterly, but the fancy visuals seem like mere virtuoso turns. In Deux Moi he’s best when he plops the camera front and center or follows the characters around their world.

The rest of the cast is competent, supporting the leads as foils or sounding boards, though not much more than that. Perhaps that was intentional, the director’s desire to keep the focus on the protagonists—that’s the result at any rate. Eye Haïdara as Rémy’s colleague Djena, who comes onto him but inexplicably (at least to Rémy) declines sex, is vividly idiosyncratic. Simon Abkarian as a Middle Eastern proprietor of an Oriental market is a genial cliché, a shifty life force. But the most vivid secondary character is the neighborhood at the foot of Sacré-Cœur which is the movie’s main setting. The Oriental market and a dance studio located there bring out a sense of community otherwise missing from the characters’ lives, and also bring them together. 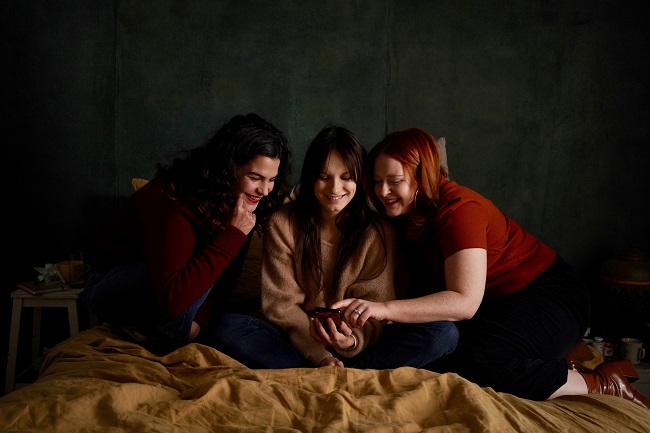 Klapisch also shows a flair for social satire. Some of it ranges from flippant (Mélanie’s misadventures with online dating) to heavy-handed (Rémy’s insensitive HR director). The most trenchant is his portrayal of the psychotherapists Rémy and Mélanie resort to to deal with their bouts of depression and insomnia. At first the therapists (pungently played by François Berléand and Camille Cottin) seem to be taking our protagonists’ money in exchange for empty tautological bromides, but the shrinks have more depth than our prejudices lead us to believe, and surprise us with their humanity and perseverance. In the last part of the film, Rémy and Mélanie re-trace the emotional byways of their past. Their respective trips are unexpectedly fraught and move the film from social satire to the grand tradition of human comedy.

Will Rémy and Mélanie meet and live happily ever after? Klapisch is too worldly-wise to conjecture a rom-com conclusion. In a comic film that is both simple and intricate, he touches on those aspects of contemporary existence that tend to leave us a collection “me’s” (hence the title) rather than a stable couple, family, or community. But it’s still a comedy: none of the characters is downright mean, and mortality and estrangement are backstory. Deux Moi is a feel-good movie that also permits you to think-good as well. No mean feat, that.