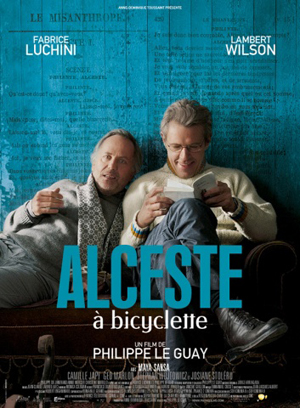 A meeting of two monstres sacrés of French cinema is always fun, but when one is Fabrice Luchini the match seems destined to be overstacked. Not to fear: Philippe Le Guay’s spiky new comedy, Alceste à Bicyclette, is an achievement on several levels. One is that Luchini, while hamming it up as always, inhabits his character more deeply and naturally than in a long time. Second is that Lambert Wilson, playing opposite Luchini, transcends bland good looks and stagy intelligence to create a character that is narcissistic yet sympathetic, vulnerable yet creepy. The third, is that this very French tête à tête is very funny in a way non-French audiences can appreciate (and even laugh along with).

The story is about two actors, both accomplished but now past their prime. Serge Tanneur (Luchini) and Gauthier Valence (Wilson) are old friends who played together in movies.  Gauthier is still famous, but starring in a moronic, near-campy medical series in which he plays a neurosurgeon. Serge has become a recluse, living alone in a ramshackle house on the Ile de Ré. He’s no longer working as an actor, and likes it that way. Gauthier does not like it that way, and has concocted a scheme to redeem them both: he wants to put on a touring production of Molière’s The Misanthrope in which he’d play the main role of Alceste and Serge would play Philinte. It represents a return to the source for the actors, a professional and spiritual rebirth. Serge continues to resist, and the film basically recounts several days on the resort island during which Gauthier tries to convince his friend. 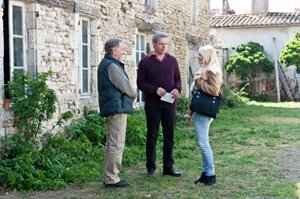 Except there is nothing basic about this film. The director does several interesting things, any one of which would be enough for most films. He shows the actors engaging with their material, teasing it out, exploring its depths, sparring over it, growing into it. Non-French audiences might have difficulty feeling the hold Molière still has on the French (he’s their Shakespeare, though his works are closer to those of Ben Jonson). The numerous scenes from The Misanthrope played out by the actors are never dull, because we see and feel what’s happening on a personal level. Gradually, Serge warms to the idea of coming back to acting (especially after he gets Gauthier to agree on alternating roles, so that he too can play Alceste). 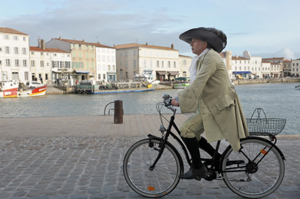 Luchini and Wilson essentially carry the film through its various comic contortions (aided by an able supporting cast). The director (who made Les Femmes du 6ème Etage, also with Luchini) does a serviceable job, though he often tries too hard. He shoots the interior scenes with slightly jumpy cuts, as if to juice up the action, when the electricity between the two stars is already sufficient. He films the Ile de Ré exteriors over-sumptuously as if to make up for the preponderance of indoor sequences (or else, as in so many French films, the filmmaker is earning his regional subsidies).