Reviewed: Alias Olympia, A Woman’s Search for Manet’s Notorious Model and Her Own Desire 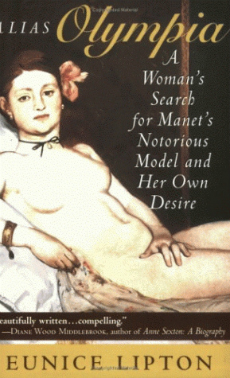 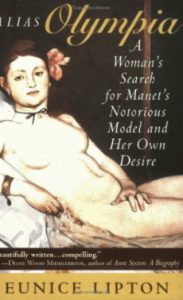 Alias Olympia: A Woman’s Search for Manet’s Notorious Model and Her Own Desire, by Eunice Lipton, Cornell University Press, 1992.

September is here and summer is gone – along with those long lazy days of vacation-beach book heaven. Ah – to escape once more into a juicy adventure set in Paris (and plan for the next Parisian adventure). What is your favorite story about Paris? Is it a memoir or a novel? My favorite is Eunice Lipton’s Alias Olympia: A Woman’s Search for Manet’s Notorious Model and Her Own Desire, published almost 25 years ago and still as fresh as the day the ink dried on its 181 pages. It’s a scrumptious indulgence that satisfies my cravings for mystery, innovative narrative structure and harmless gossip. For within this perfect travel-size book (slim and light), hefty truths drive the reader’s lust for revelation. No spoilers here – so trust me: I will not divulge the secret ending of this authentic detective caper dedicated to giving Édouard Manet’s best known model her rightful place in history. Lipton knows her stuff (even though she freely confesses to her doubts and foibles). I bought the book to learn about Victorine Meurent (1844-1927) who posed for Édouard Manet’s infamous painting: Olympia, when I embarked on my first Impressionism course over a decade ago. This semester I am teaching two courses on 19th century Modernism that include Manet and his muse. So – back to Lipton’s book I went to prep for the powerpoints and savor once again the piquancy of her text. 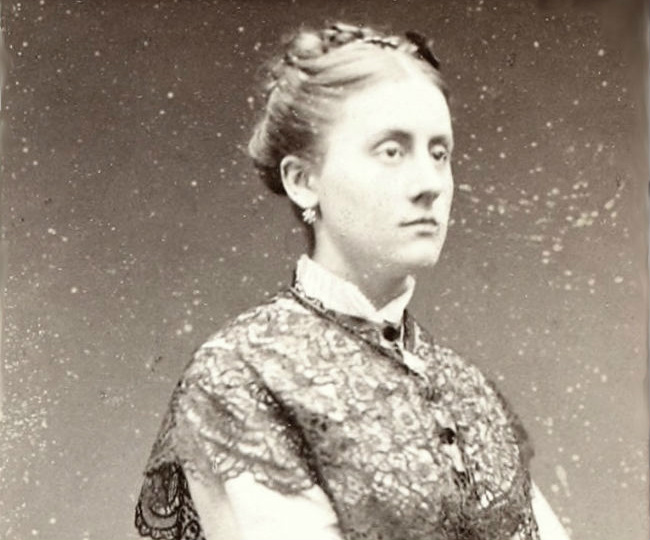 Lipton’s primary gift is her style, which transforms dry-as-dust academic information into appetizing prose. We taste Paris as we trudge with her through various venues on her quest for Victorine’s archival remains: birth and death certificates; her various official registrations. Beginning with the publication of her doctoral dissertation Picasso Criticism, 1901-1939: The Making of an Artist-Hero (Garland Publishing, 1976), Lipton’s erudite voice has grown more intimate and informal, as though she were engaging our rapt attention over dinner. Her willingness to share her emotional rollercoaster draws us in. “The search for Victorine is slow,” Lipton writes. “There are days when it’s easygoing and full of pleasure, and others when I bog down in paralysis and nausea.” Victorine may have seduced Lipton into a love affair with one of art history’s most enigmatic characters, but this one confession made me fall in love with Lipton, who is also a character in this biography cum memoir. For I too know the pleasure and the pain of pursuing research in Paris. Lipton’s honesty is her most seductive asset.

Victorine Meurent was Manet’s favorite model during his rebellious 1860s. She is a naked woman among the picnicking artists and models in Déjeuner sur l’herbe (Luncheon on the Grass, Musée d’Orsay, 1863), the haughty prostitute in Olympia completed in the same year (Musée d’Orsay), the suggestive Street Singer stuffing her mouth with cherries and clutching a guitar against a much covered genital region (Boston Museum of Fine Arts, 1862), the swashbuckling Mademoiselle Victorine in a Matador’s Costume (Metropolitan Museum of Art, 1862), and the coquettishly inviting Woman with a Parrot (Metropolitan Museum of Art, 1866). Known to her peers as a model, cabaret singer and violin/guitar teacher, Victorine-Louise Meurent was also an artist in her own right, whose work had been accepted by the highly competitive Salon six times, from 1876 to 1904 (the same years Manet and his Impressionist pals were roundly rejected). We can find her name among the artists in the brochures, but her work seems to have completely disappeared. She joined the stodgy Société des Artistes Français in 1903.

Victorine’s imperious expression in Manet’s works made this rebellious artist [in]famous. He decided on the direct, reciprocal gaze that eschewed any pretense of demure, lady-like reception. Rather, Victorine brazenly meets our gawking stare, implying she too is conducting her appraisal. Neither vacant nor vacuous, her eyes betray her active thinking and a bit of blasé boredom leaking through the cracks of her glacial masquerade. We in turn might imagine her real existence beyond the canvas, because her expression seems so candid, so unrehearsed, so carelessly on display. Art historians might wonder if this cheeky mien represents Manet’s commentary on the irrelevance of traditional Grand Manner history painting in the midst of modernizing France. As a sword-wielding espada, Victorine Meurent may comment on the dangers of Modern Women, who would eventually demand equal rights, the vote and equal pay. In this respect, Manet’s petite redhead projected something unfamiliar, even subversive and not a little bit scary.

Manet achieved this menacing immediacy by refusing to compromise Victorine’s distinct beauty. She may have posed like a Titian’s Venus of Urbino (1538) in Olympia, but she would never pass as a classical ideal inspired by her antique antecedents from ancient Greek and Rome. Instead, her demeanor bears the mark of a bona fide working-class gamine, the daughter of a bronze-polisher and small-time milliner, schooled in the ways of her fellow street urchins who too breathed in the sooty pollution of 19th-century urban air. Perhaps, it is her mouth that conveys an uppity commonness shaped by her native intelligence and uncharted moral compass. Manet knew that his interpretation of Victorine’s body felt provocative in all kinds of ways to all kinds of spectators, particularly bourgeois men who actively sought out such female company behind theater and exhibition halls.

Thanks to Lipton’s abundant commentary, we learn that Victorine Meurant was unusual even for women of her modest background. Pursuing a career as an artist may have been possible for a Mary Cassatt or a Berthe Morisot, whose haute-bourgeois families arranged for art lessons to properly train a young lady for a suitable marriage. But a girl from the slums did not aspire to such foolish goals. Instead, she learned to take in laundry or “turn a trick” (or both) to survive. This well-established insight into 19th-century cultural conditions repeats much of Lipton’s previous publications on laundresses in Degas’ work, originally published in 1980.

Alias Olympia lives up to Lipton’s reliable research and in that respect merits high praise as a valuable art history resource for courses on Manet, Realism, Impressionism or women in the arts. However, that’s not the only reason I recommend this book for post-summer reading. The page-turning aspect of Alias Olympia comes from its feminist journey powered by self-reflection and self-revelations in response to her parents’ relationship, her relationship with her parents, her first husband, her present husband, her various lovers, the demands of art history research, and her numerous friends (mostly academics like herself). Her brilliance as a scholar paved the way to a coveted tenured position in a New York university, and as a denouement, she introduces her gut-wrenching desire to leave all that security behind. The decision adds suspense to her final chapters.

Most enlightening of all, Lipton allows us to peer behind the complicated business of writing about history, a task that filters an abundance of factual material through an all-too-human analysis. Today, we might call this process “curating,” but in 1992, when Lipton published this book, we thought about structural transparency. It was called “Post-Modernism,” like the Postmodern Centre Pompidou in Paris, where architects Renzo Piano, Richard Rogers et al deliberately exposed the vents and plumbing in order to exhibit the realities of a contemporary, public “organism”: the museum. Lipton, as a Postmodern author, exposes the mechanisms inside the writing of a biography-memoir: the metaphorical “nuts-and-bolts” that hold a respectable academic study together, worthy of her chosen subject and “her own desire.” The result is a great success that we hope will be followed by many more books in this particular postmodernist vein.

Alias Olympia became the first of Lipton’s personalized cultural histories. French Seduction: An American’s Encounter with France, Her Father and the Holocaust (Carrol and Graf Publishers, 2007) was the second. A Distant Heartbeat: A War, A Disappearance and a Family’s Secrets (University of New Mexico Press, 2016) was her third. We look forward to her next installment of life lived among the past and present treasures of Paris, hopefully forthcoming within the next few years.

Alias Olympia: A Woman’s Search for Manet’s Notorious Model and Her Own Desire, by Eunice Lipton, Cornell University Press, 1992. (Available in hardback, paperback and Kindle.)