In Pictures: Monumenta ‘Empires’ at the Grand Palais 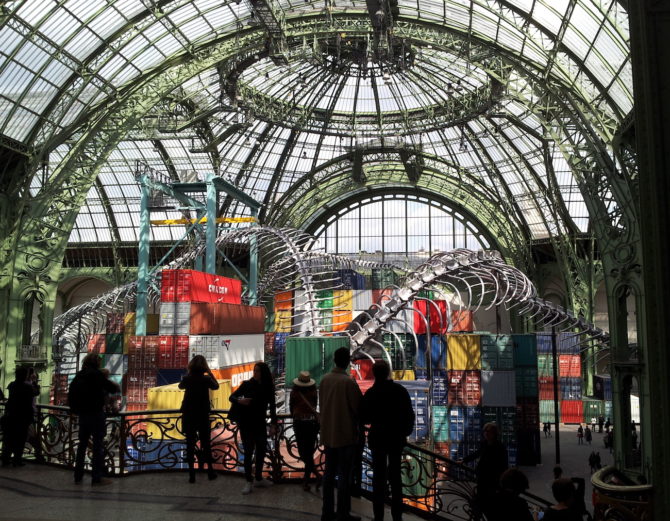 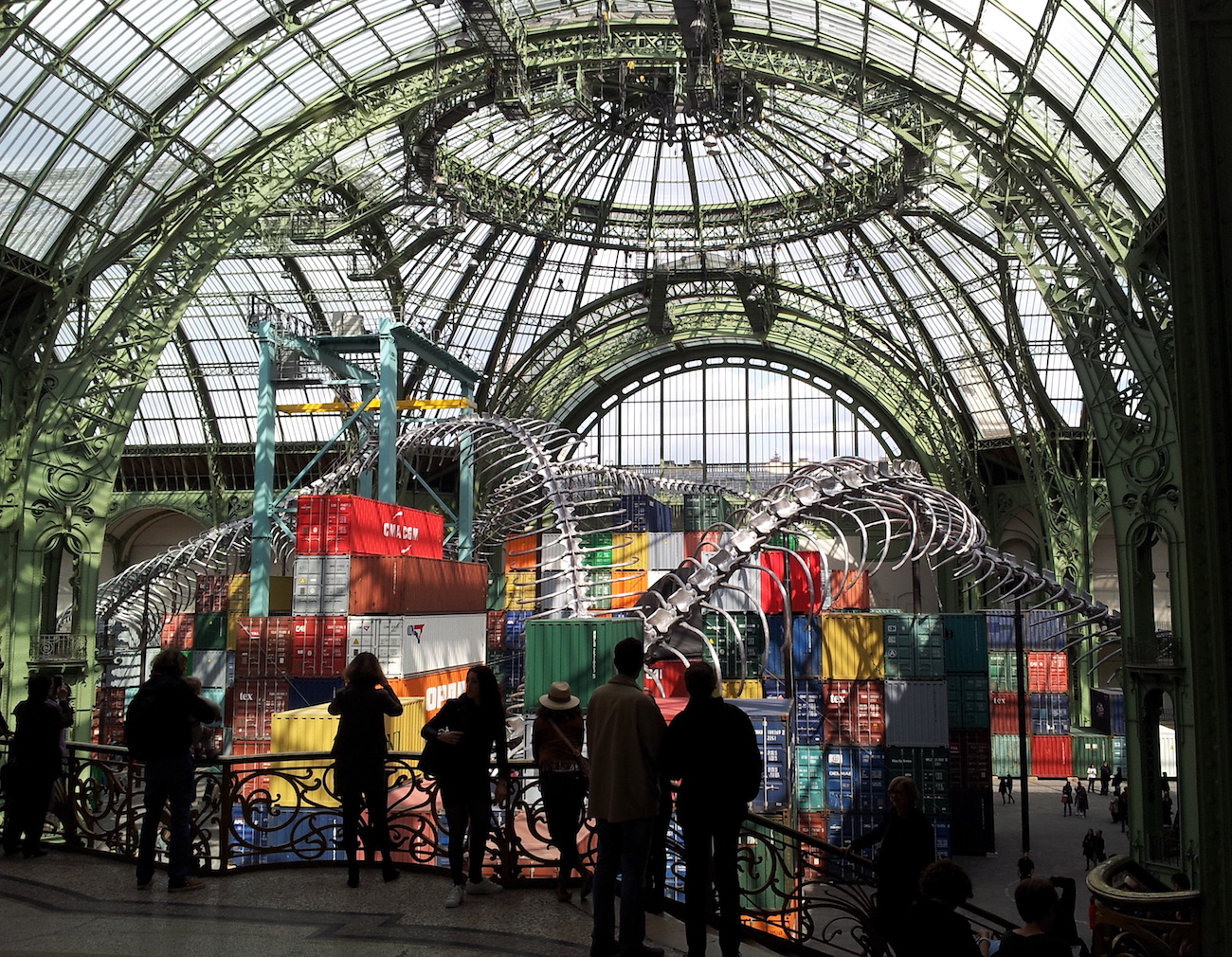 Since 2007, Monumenta has invited an artist with an international reputation to show a large-scale temporary art installation in the enormous nave of the Grand Palais in Paris. 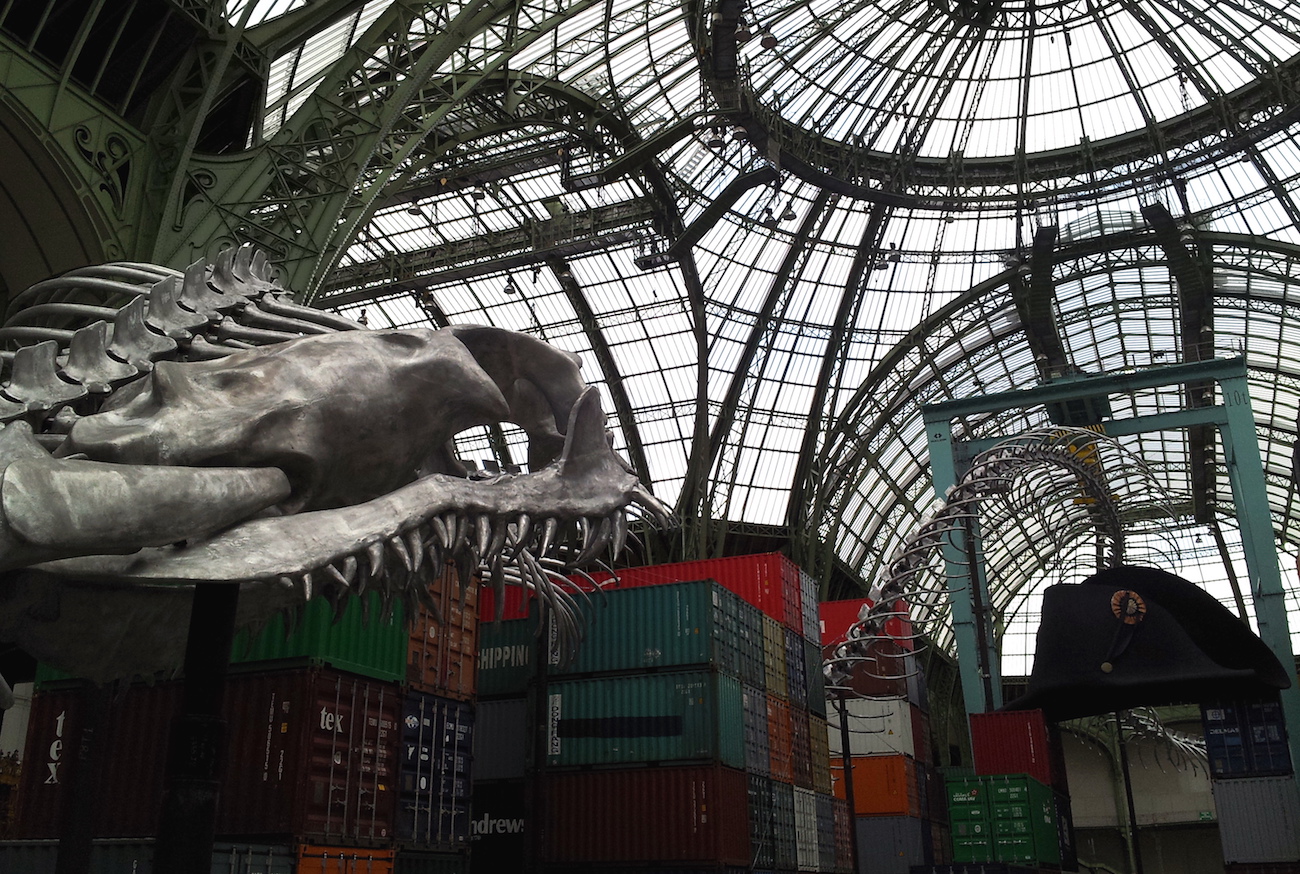 Huang Yong Ping’s works often refer to mythological or philosophical narratives of universal significance, placed in the context of the burning issues of the day. 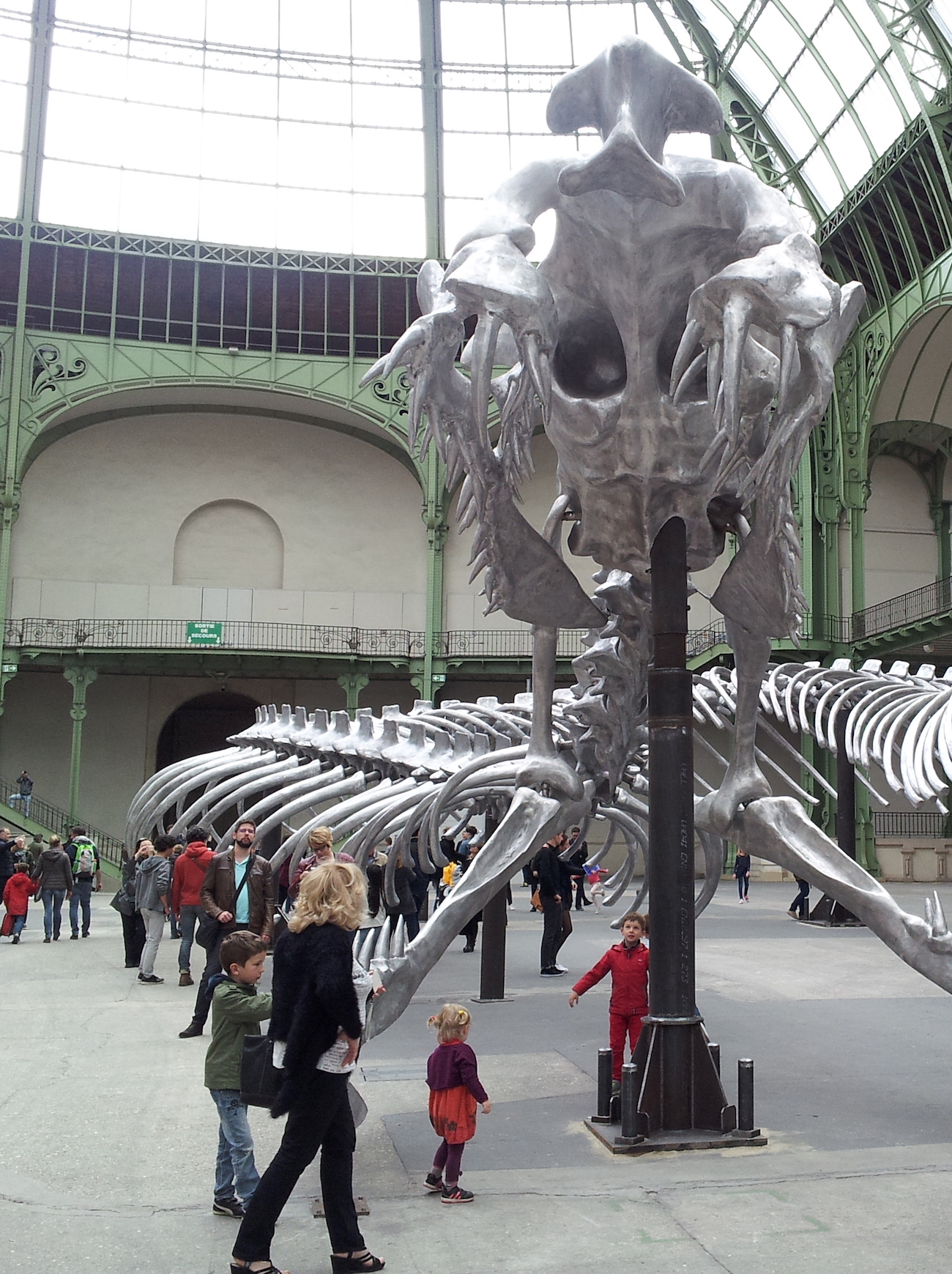 The nave of the Grand Palais offers a challenging 13,500 m2 of space with wide variations in light through the glass ceilings. 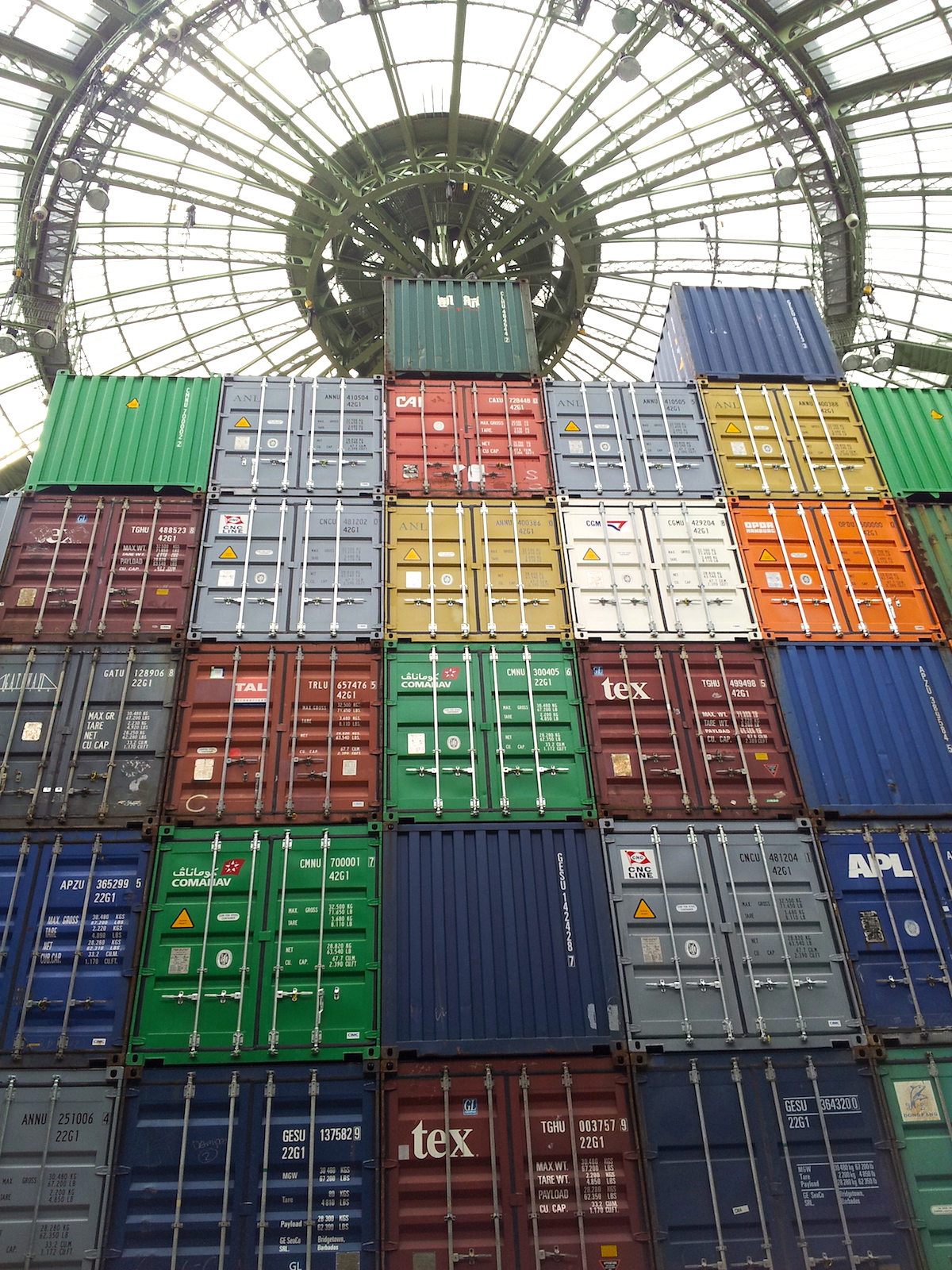 Returning to his native China after an 11-year absence, artist Huang Yong Ping was struck by the mountains of containers in the ports. 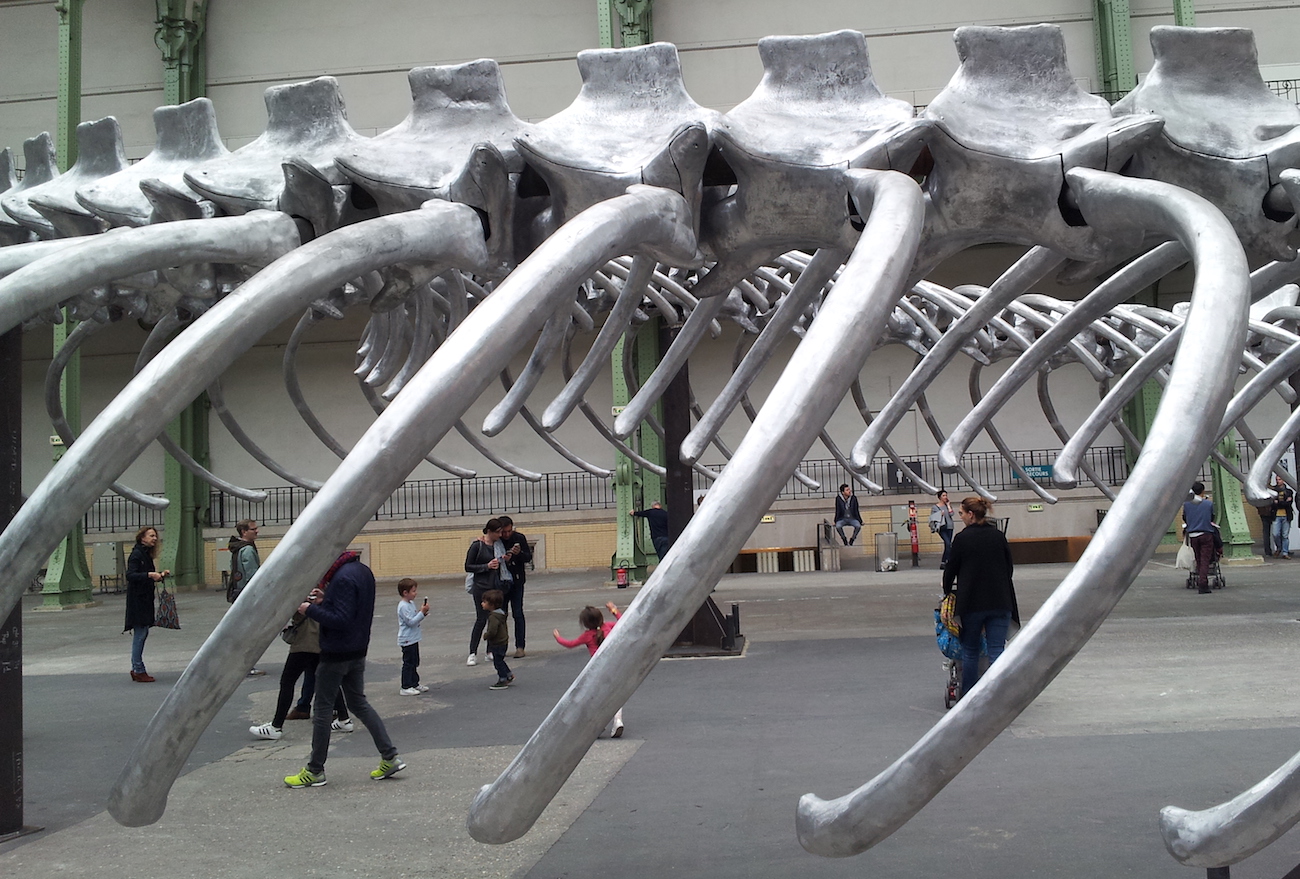 An empire is an absolute form of power which thrives on its own expansion, and which doesn’t require citizenship, only subjecthood. Without judgement, a meditation: is globalization a present-day empire? 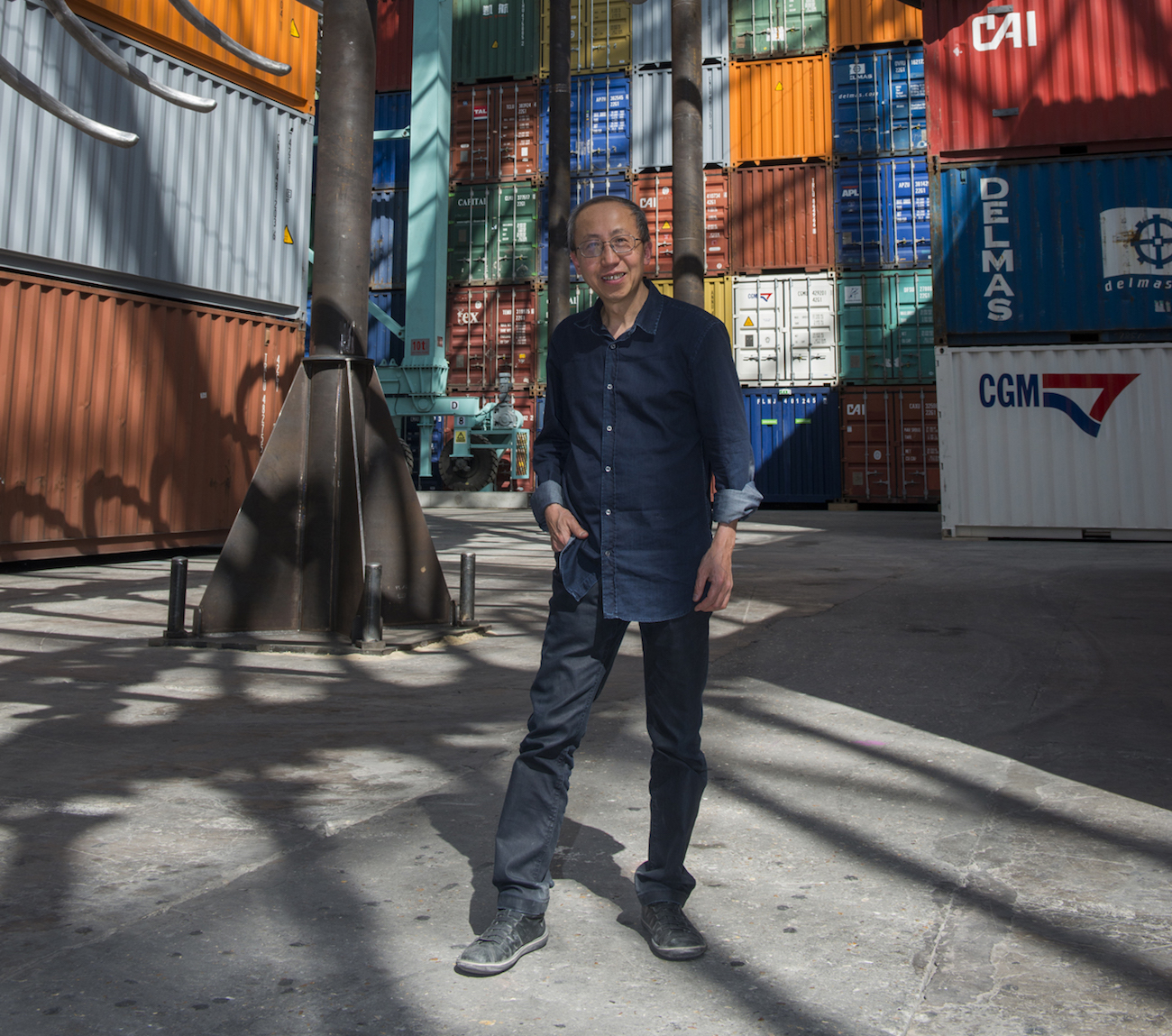 Drawing inspiration from the ancient Chinese art of warfare “beat the East with the West, beat the West with the East”, Huan Yon Ping’s art plays on the gap between cultures in a thought-provoking way. 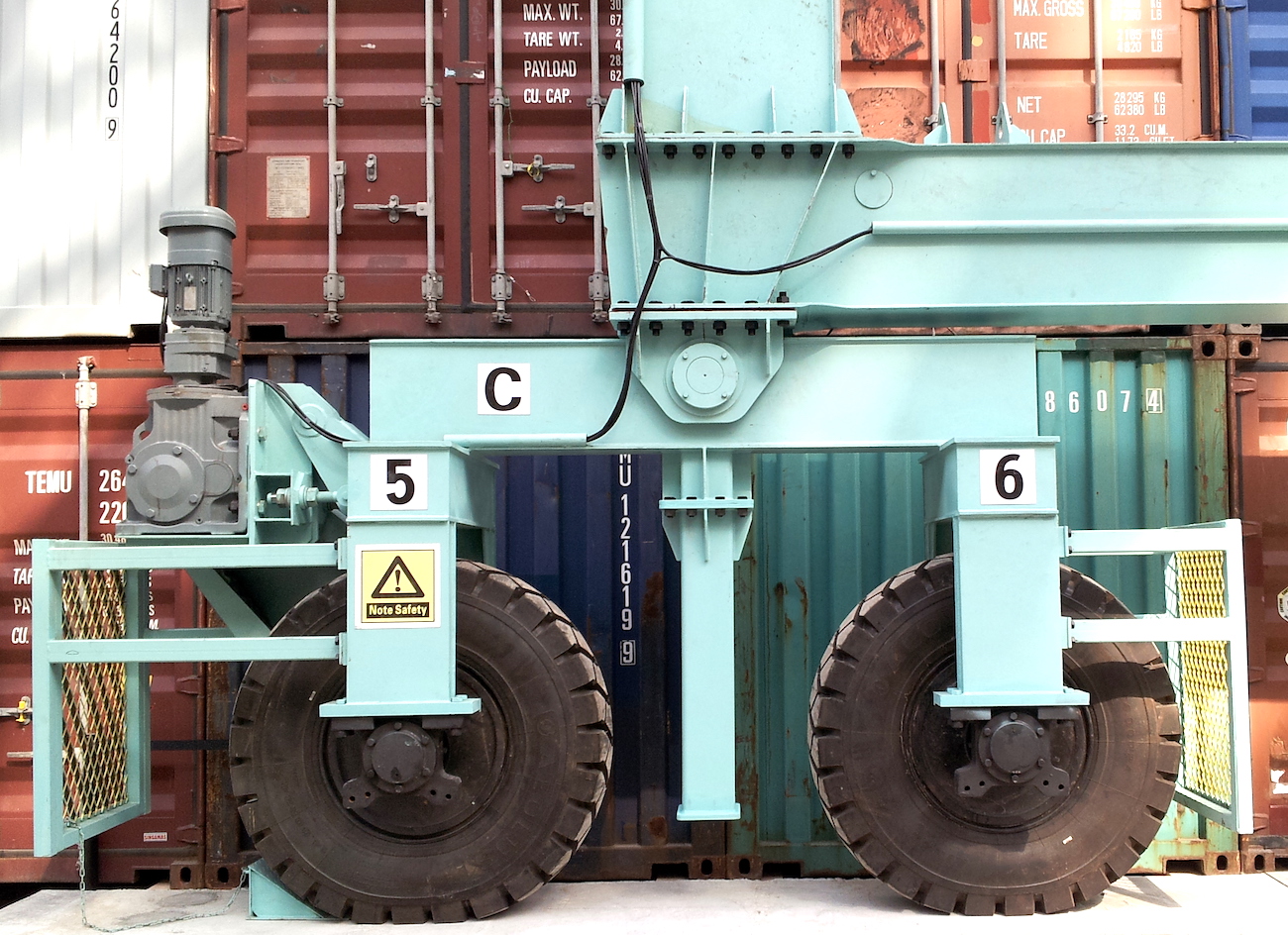 An entirely functional and motorised lifting gantry, custom-made to the requirements of the exhibition, supports the snake skeleton. 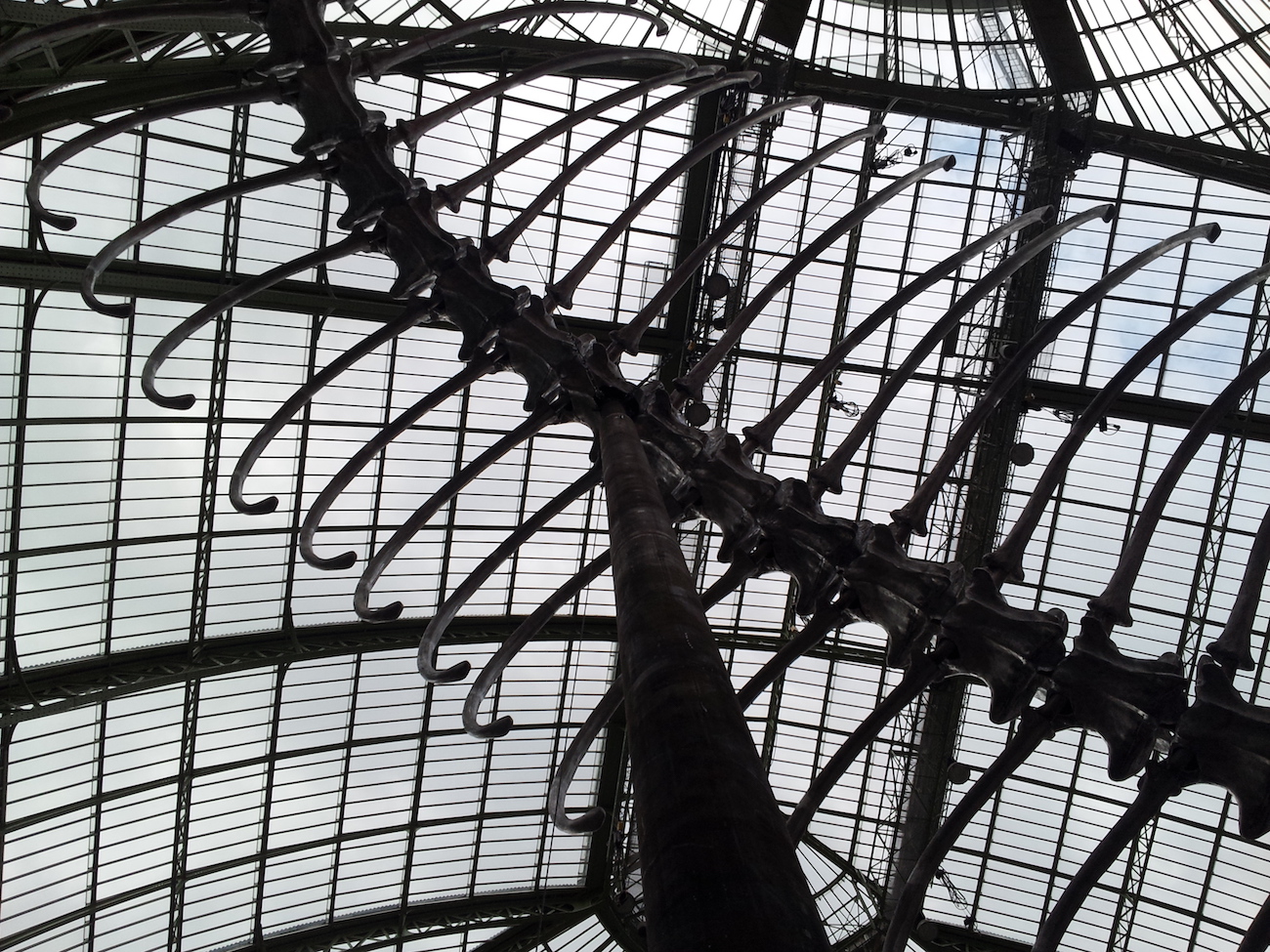 A total of 254 metres in length, the snake skeleton is made up of 316 vertebrae and 568 cast aluminium ribs assembled around a central tube and distributed over 28 steel posts. 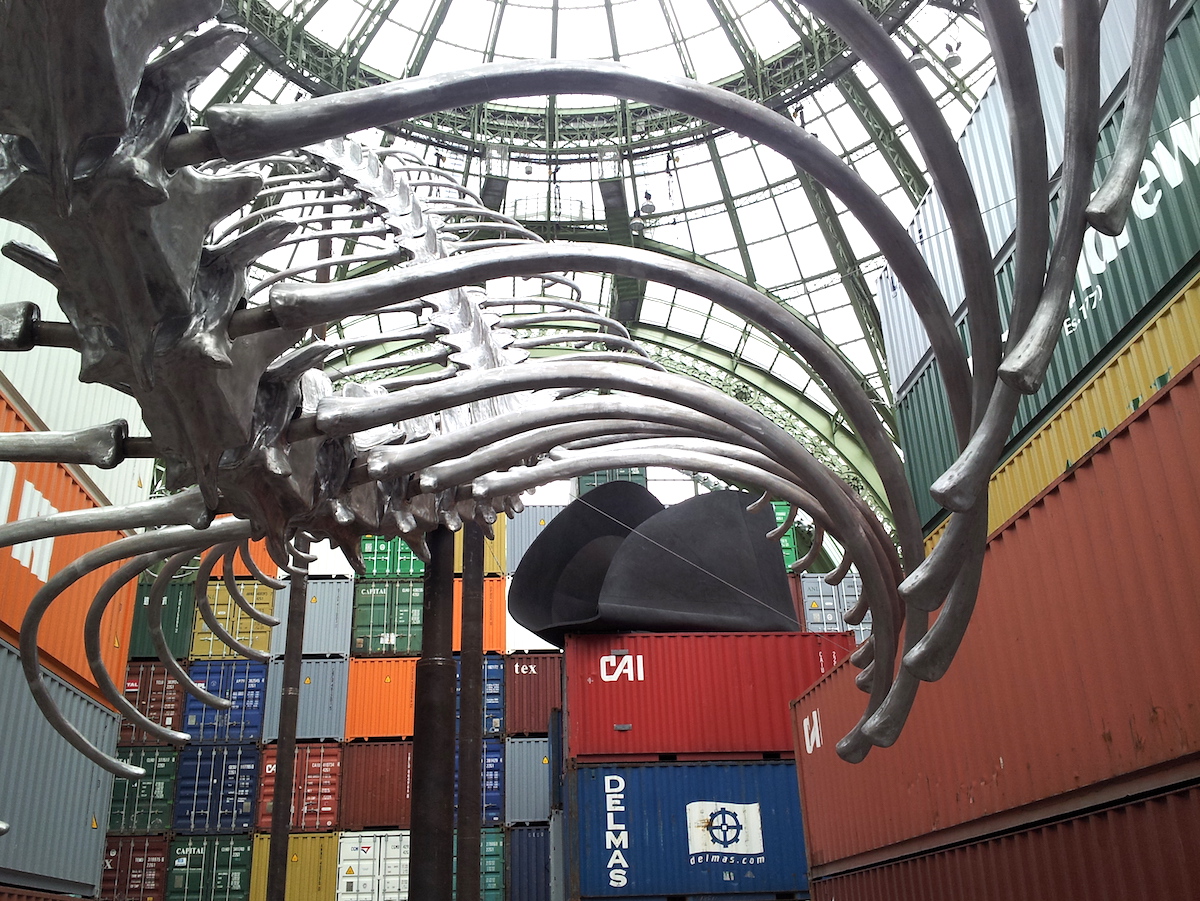 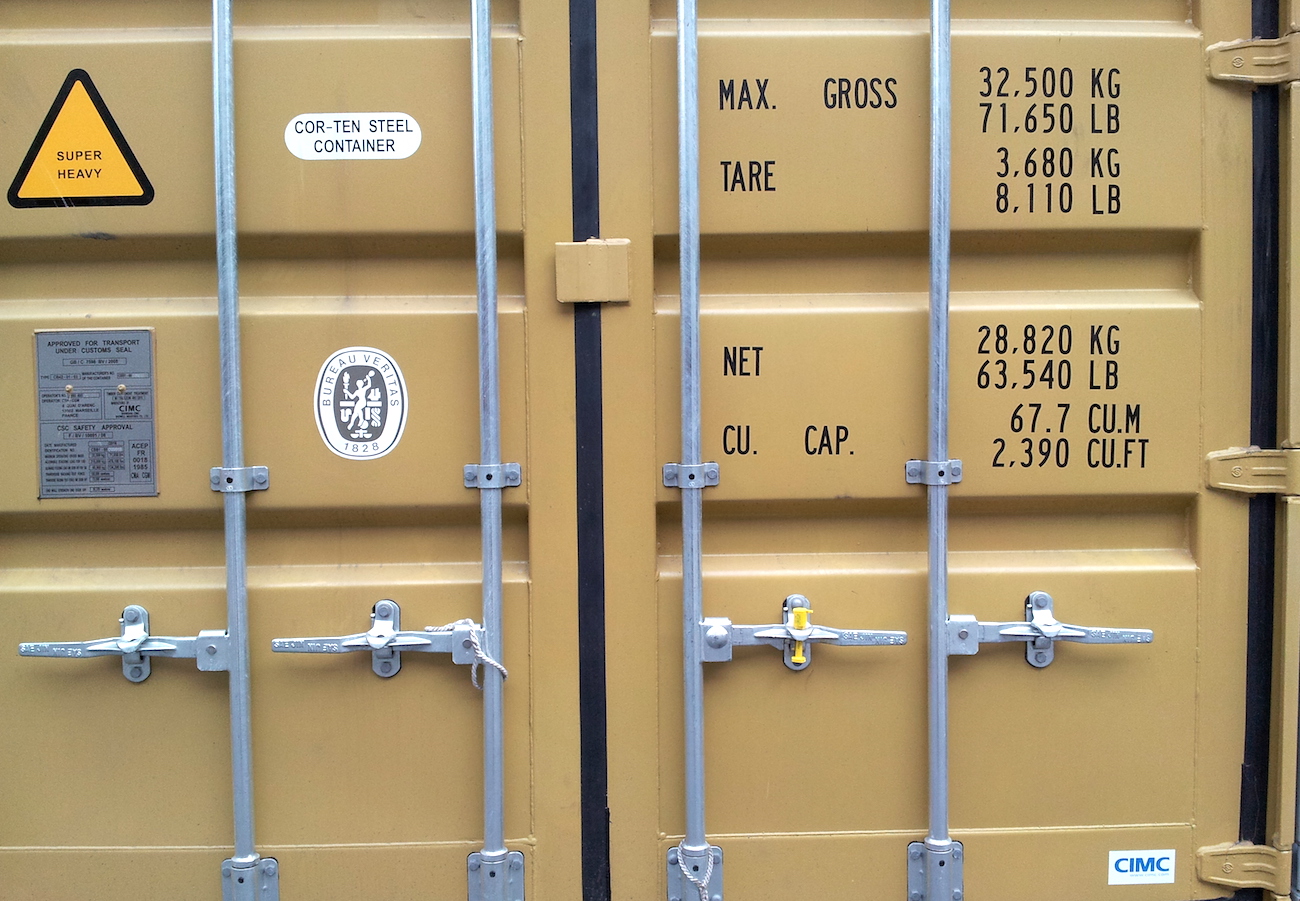 Empires have shaped history, but they do not materialize out of a void. Technological and industrial developments have made them possible, including the steam engine, the shipping container, and the internet. 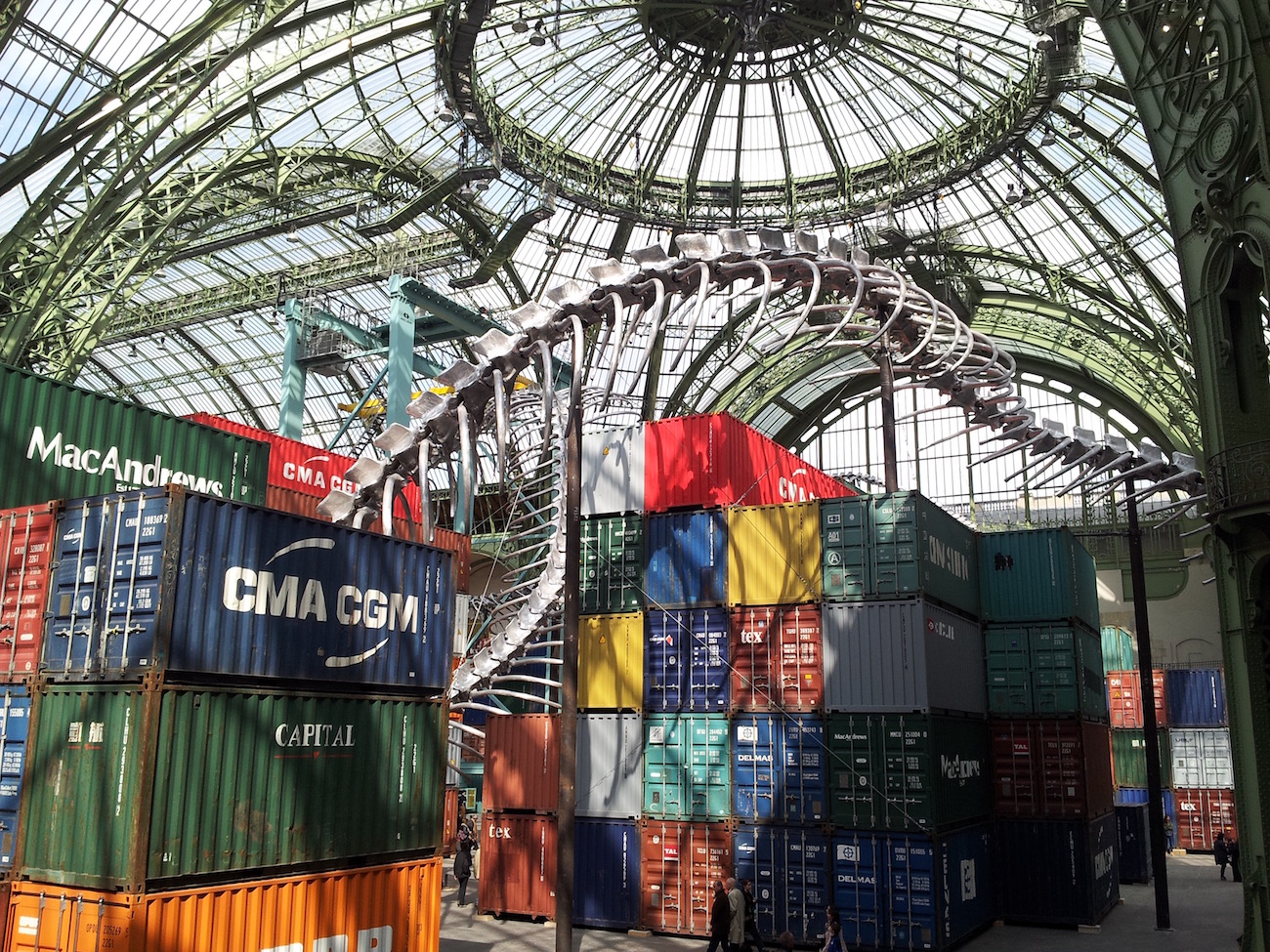 A mosaic of 305 standard metal containers are distributed among 8 islands. 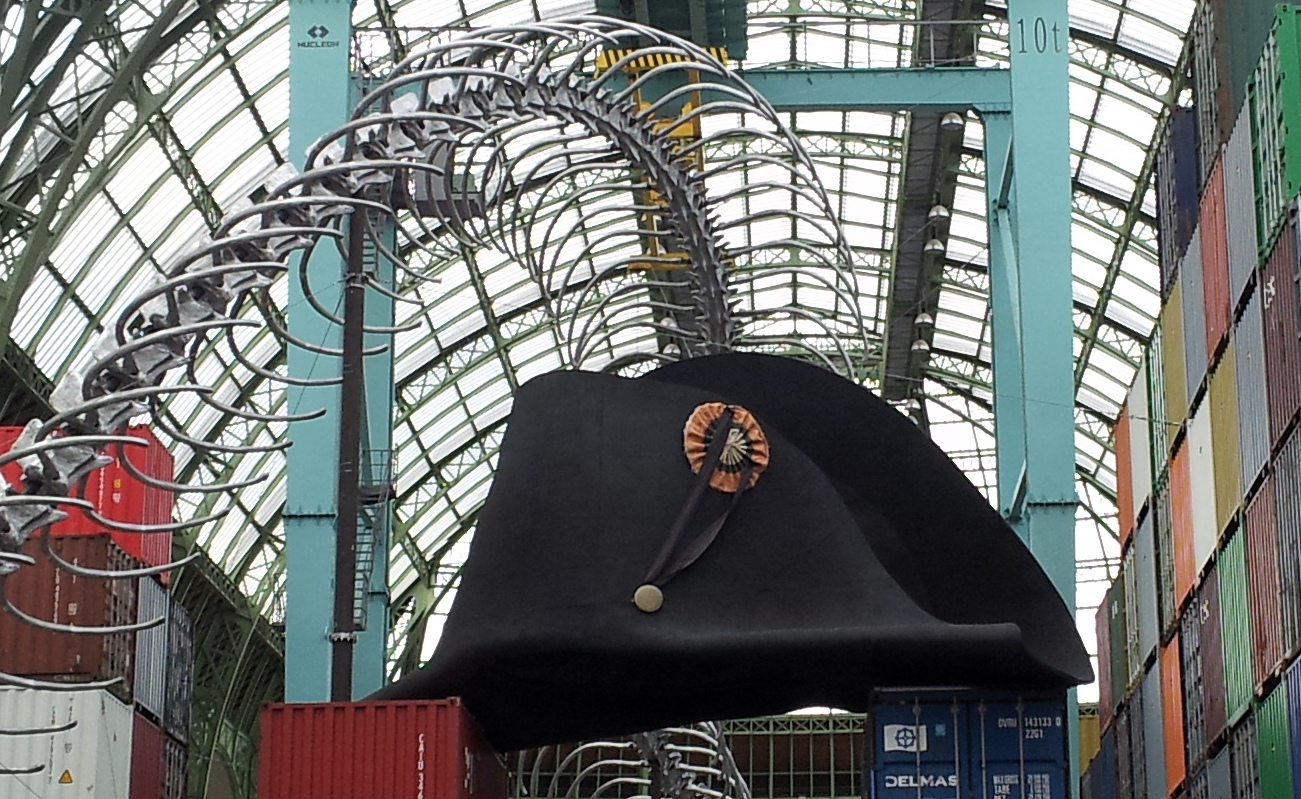 The Bicorne is an enlargement of the hat worn by Napoleon Bonaparte at the battle of Eylau in 1807. A real sculpture in itself, Bicorne by Huang Yong Ping is a reproduction, down to the very last detail, of the original model scanned in 3D at the Musée de l’Armée in Paris 2014.

More about the inspiration behind Huan Yong Ping’s ‘Empires’


Watch a time lapse of the installation.

Previous Article Photo Essay: Angelina and the Art of Paris Pastries
Next Article Cape and Cape: Rooibos and an African Teatime in Paris