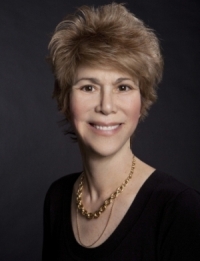 We’re okay, you and I, because we know better, right? We know—and we care—so we don’t stick out like sore-thumbs, like… well, tourists. But here are plenty who don’t know, don’t care, and frankly don’t give a damn, and probably (I hate to say it) wouldn’t know how to dress for the situation or the occasion. After all, what’s wrong with wearing a Hawaiian shirt, shorts and flip-flops in a big city? Throw a camera around your neck, don’t forget the backpack, be sure to wear a baseball hat and, yes, you’ll be noticed.

Some feel they’re entitled to wear whatever they want. In reality, the only people who can actually sport these get-ups are born and raised natives or residents—and even they shouldn’t be surprised if people look at them a wee bit askance. If it’s someone you actually know, do you cross the street? Tourist by contamination or guilt by association? Nah, that’s a bit extreme. But, look, there is something really interesting on the other side of the street.

You’ll usually hear them before you’ll see them. Tourists tend to be louder (especially those in groups) when they’re in other countries. This is especially true of Americans. But no nationality is exempt. Perhaps it’s because they’re convinced no one understands them and if they speak at a higher decibel level, they’ll make themselves clear(er)? Works for me.

I’ll never forget the time I was in Notre-Dame in Paris and we were bowled over by a group of Italian tourists. My (now-deceased) native-born Italian husband was able to identify not only the language, but also what city they came from. To make matters worse, he insisted on telling me precisely in which neighborhood they inhabited in the Papal City. I had come to look at the magnificent architecture and gain some inspiration—no such luck. No one could possibly hear himself or herself think because of the incredible commotion.

Then Victor began speaking Italian and I quickly realized we were sinking and would soon be sunk. Within minutes, a group surrounded him, all asking questions at lightening fast speed while simultaneously waving their hands. The memory of groups of tourists going through museums, ruins and everywhere else ricocheted through my mind.

There’s nothing wrong with tour groups. It’s just that I didn’t anticipate we’d be leading one—and in a language in which I was not exactly proficient. The idea that one romance language is the same as another is nonsense and if you speak one, you can kinda navigate in another is wrong.

I don’t care if the root is Latin, which I took in high school, but I can’t say I aced the class. Far from it, and my linguist skills are severely lacking. I must confess I split, but not before going to a souvenir store on the quai where I was able to score a small Italian flag to help identify the instant and self-appointed guide.

If you live in Paris, or in any city that’s a tourist magnet, you’re going to encounter people from foreign countries. It’s up to you to decide how you’re going to cope with them. Are you going to stop and give them directions, take them to their destination, draw a map on a napkin and hope it doesn’t tear… or pretend you don’t speak the language?

The perception that the French are rude is not embraced by all of our readers, which stands to reason since our community consists of Francophiles—and a few francomanes—from all over the world.

But people do contract tourist fatigue, and it’s not just natives. When I first arrived in Paris (and actually began to get my geographic bearings and might even be able to give people directions that were on the mark), I’d speak to anyone and everyone who was muttering in English, looking at a map, and offer my services. It dawned on me that I was so eager to speak English that I was delighted to help. It was the least I could do and as a self-proclaimed representative of the French Government tourist office, I felt a responsibility.

Twenty-two years later, I must admit I’m no longer always as charitable. If I’m in a rush or late for a meeting, I’ll smile and say I don’t speak English or aren’t from the quartier (neighborhood), which is standard operating procedure, especially in Paris. It’s better for someone to admit to not knowing the area than sending you in the opposite direction hither and yon. Good manners would preclude me from asking for their identity papers or following them home to find out they live around the corner. Besides, it’s none of my business, merci.

I try not to be hard-nosed because I so vividly recall my days of being lost in the City of Light. And to be honest, if I’m not in my immediate neighborhood or one that I frequent often, you’ll find me peering at a map or plan de Paris. I am contemplating activating the GPS function on my cell phone, but that feels as if I’m giving in and why isn’t it free?

When people do ask for directions, I’m ever so thrilled when Anglophones ask them in French and then compliment me on my excellent English when I respond. I always debate whether or not I should admit to being an American in Paris.

What do you do if you live in a tourist Mecca no matter where it is? Do you accord strangers (and lost souls) acts of kindness? Or do you run in the other direction? Do you give them wardrobe advice? Or tell them it is illegal to photograph the Eiffel Tower? Or just cross the street? When all is said and done, it’s a question of etiquette. Non?

Please register HERE if you need a free Bonjour Paris user name and password and post comments. I suspect there will be more than a few.