No matter how many times you’ve walked the streets of Paris, you have to glide under the city’s bridges to truly know Paris and it’s enjoyable and affordable with your choice of several Seine boat tours. From a boat you can see the main water thoroughfare of this marvelous city. There are a number of companies ready to show you the city by bateau-mouche and most operate year-round. Select your favorite, sit back and take it all in.

Bridges are particularly interesting seen by boat. Taking the 90 minute bateau mouche tour as it starts to get dark will show the Eiffel Tower lit up like golden lace and bridges and monuments illuminated in spectacular fashion. 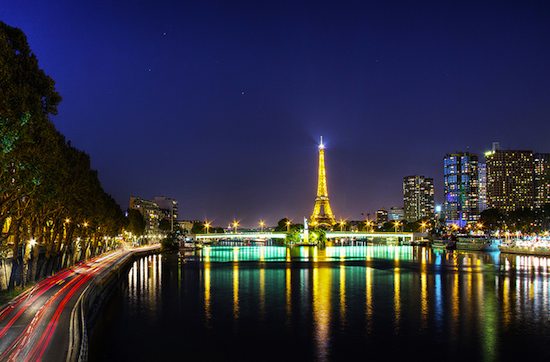 Look for a smaller copy of the Statue of Liberty at the Pont de Grenelle, barely visible and glowing white in the trees on the tip of the island mid-bridge above. Bartholdi’s statue is as famous as the Eiffel Tower or the Empire State Building. We often forget that the huge statue was a gift from France to The United States.

Heading toward the city center we first come to the Bir Hakeim Bridge. Originally called the Passy Viaduct when inaugurated by President Félix Faure in 1897, its name was changed in 1949 to commemorate General Koenig’s June 1942 victory in Libya. The Free French troops fought valiantly against Rommel’s Afrika Korps for longer than expected and lived to fight another day. 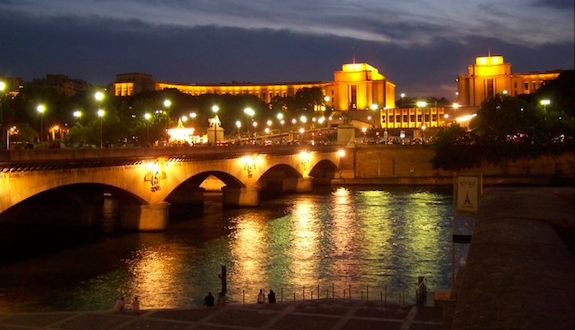 The Pont d’Iéna was ordered by Napoleon to commemorate his 1806 victory over the Prussians. The bridge, finished in 1814, is centered at the Eiffel Tower. The sight is magnificent. The original size had to be expanded for the 1937 Universal Exposition. Although rather plain, the bridge’s location near the 307-meter tower makes the view memorable. And to think that it was almost blown up when the Empire collapsed.

The Passerelle Debilly is a footbridge started in 1898 for the 1900 Exhibition. Referred to as the Magdebourg or Debilly, it was declared a national historical monument in 1906. Footbridges are important with the congestion in Paris. 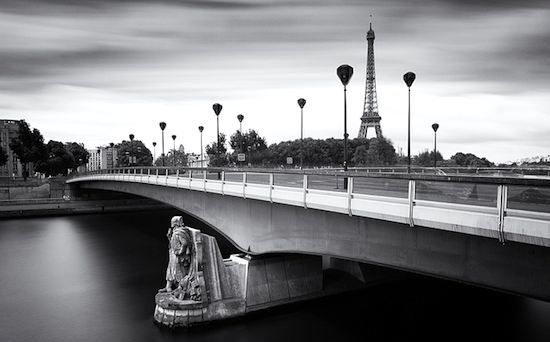 The Pont de l’Alma (above) was built as recently as 1970 to replace one built by Napoleon III to commemorate the 1854 Crimean victory. One of the original statues is still there. It was near here that Princess Diana was killed in 1997 on the Right Bank. The gold flame nearby is still used as a place of devotion, though today for Michael Jackson more than for Princess Diana. 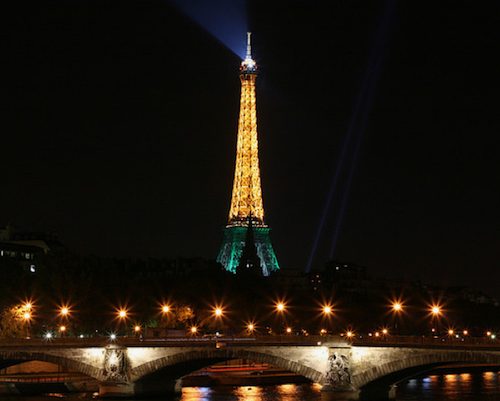 Next is the Pont des Invalides, [above] which is nondescript but it’s followed by my favorite, the Pont Alexandre III below. 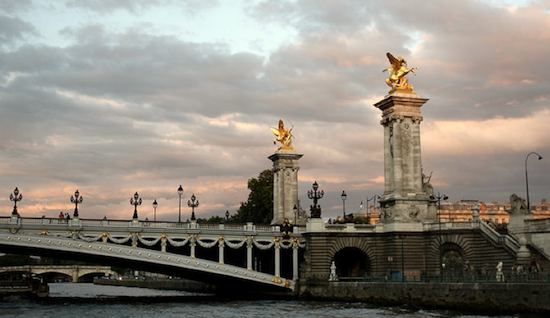 Pont Alexandre III has the most spectacular statues and lamps and it was also given an elaborate covering of gold leaf. It faces Les Invalides with its special golden dome and the area is presented as a most exciting view. Bring your cameras and walk over this bridge another time. It’s well worth it.

The Pont de la Concorde connects this famous square with the Left Bank.

This is followed by another passerelle leading to the Tuileries and is also well worth the crossing by foot if you like green spaces with wonderful statuary. The Pont du Carrousel, built in the 1930s (once called Pont des Saints-Pères but renamed when it was moved 50 meters from the original) leads you to the Louvre Museum pyramid entrance.

The next bridge, called Pont des Arts (because it also leads to the Louvre) was once named the Palais des Arts, is a footbridge where you’ll find many people enjoying the views late into the night. 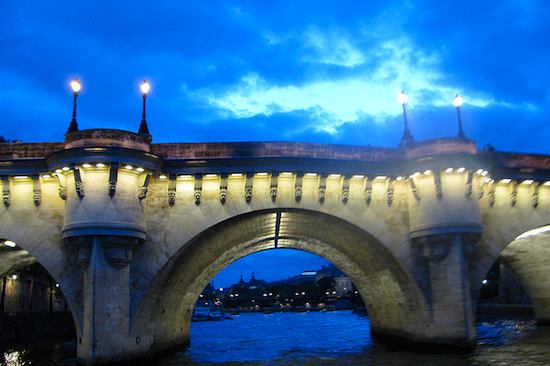 Pont Neuf crosses the tip of Île de la Cité. The oldest bridge in Paris, it was completed in 1604. Like the Ponte Vecchio in Florence, the Pont Neuf once had houses on each side but that was changed in the time of Henry IV. A historical monument, it’s a favorite place to moor small boats. It’s interesting to note that while it means “new,” this is the oldest bridge location in Paris, dating back to 1578. 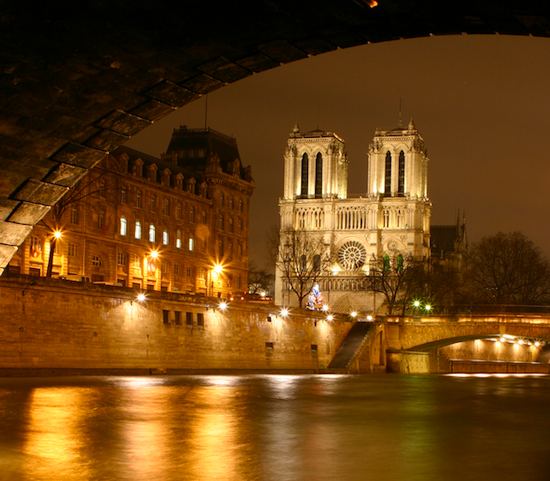 But we have now come to where the river divides and there are many bridges joining the Île de la Cité to each side of the river. I won’t bore you with a description of all but will mention two of interest. The bridge above connected to the left bank is Pont Saint-Michel and it’s emblazoned with the Napoleonic “N” and coat of arms even now, 200 years after his rise to fame. The bridge was a link to the Palais Royal in 1378 with houses on both sides. But it collapsed in 1547 when rammed by a barge and was replaced with a stone bridge in 1616. The present houseless bridge is solid and dates from 1857. 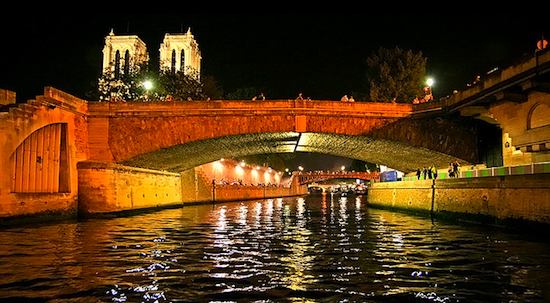 Next is the Petit Pont, in the place where a bridge stood during the Roman Era.

And finally we have the Pont-au-Double, originally a two-story annex to the Hôtel Dieu Hospital and constructed in 1634 for staff and people tired of the more congested Petit Pont. Payment was a “double-denier,” hence the name. The original collapsed in 1709, while the present bridge dates back to 1803.

The Seine is a working river with commercial and pleasure boats plying the water daily. It is as much a part of the city as any street. Along the banks, people stroll, cycle, skate or embrace. There are always couples sitting on the shore waving to the passing bateaux, day and night. The old bookstalls are still there and the whole scene is typical Paris. You’ll love it.

Arnie Greenberg is a retired professor and French history expert who has written novels and many stories published by BonjourParis. Please click on his name to read his stories and to learn more about him.

Set sail for Paris…click on an image for details.