Home Archives France News of the Week by Le Figaro in English: December 9,...

This is more than just a French election issue: rumblings of anti-Germanic sentiments are popping up all over Europe. In London and in Athens, both elected officials and the media are denouncing the accession of the “Fourth Reich.” These feelings are the result of the strict austerity politics of German Chancellor Angela Merkel is trying to impose on EU nations as a way to deal with the financial crisis hitting the Euro zone. Germany’s strong economy gives the country (and Merkel) a lot of weight in the Euro zone.

France and Germany’s Triple A Threatened

Over the next three months, S & P will review the ratings of these countries. The American credit rating agency said it decided to do so because of the lack of political coordination between the euro zone nations facing the economic crisis.

A downgrade would mean France would have to pay much higher interest rates on loans, which would strain the already stretched government budget.

After a marathon night of negotiations in Brussels on Friday, European leaders agreed on the major points of a Franco-Germanic plan of EU budgetary reform. French President Nicolas Sarkozy and German Chancellor Angela Merkel established the major points of the agreement on Monday.

The five major points include automatic sanctions for any state which passes a 3% deficit ceiling (though the amount of the sanctions was not fixed), a golden rule for all EU nations (stating that a nation’s deficit thould not surpass 0.5% of STI GDP ), an increase in bailout funds, end-to-year decision-making by unanimous vote (from now on, decisions made by will be 85% majority, though France, Germany and Italy will still hold veto power) and to end the year in roping of the private sector restructuring in boxes of debt, as was the case with Greece. This last measure is meant to encourage investors to lend to nations in difficulty.

All of these measures will be put into effect by March 2012.

Olivier Ménégol, a guest cartoonist for Le Figaro, shared historical perspective on the austerity plan unveiled by new Italian leader Mario Monti as the country struggles with the ongong financial crisis in the EU.

Monti told citizens that the choice is between “austerity today” and “the failure of the Italian state tomorrow.”

French Wine Exports on the Rise

French wine producers and wholesalers may be some of the only Europeans popping the bubbly to celebrate good economic news: foreign sales of French wine are taking off after a plunge in 2009 with China is proving to be the market of the future. 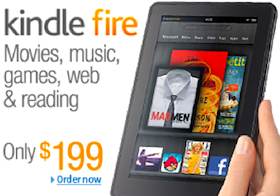