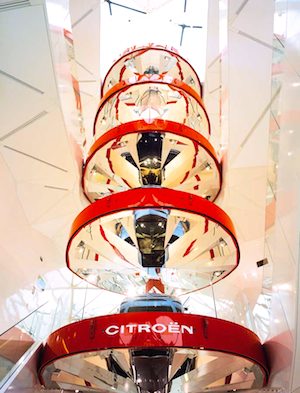 Ah, Paris! The world’s most romantic city. Millions of girls grow up dreaming of Paris. When they get there, they find it’s a dream come true: fashion shows, chic boutiques, fabulous perfumes, sweets to die for—and grow fat on, if one is not French—all fueled by a never-ending parade of books, travel articles and websites aimed at women.

Do men visit Paris? Indeed they do. I for one enjoy the city thoroughly. But for every happy male tourist, there are legions of the unhappy. You can spot them half a block away, carrying bags for their female companions, and looking either bored or dazed.

C42, Citroën Showroom on the Champs-Elysées

The Champs-Élysées is the traditional home of France’s great car showrooms. Wander into C42 (C= Citroën and 42= street address) and be dazzled. The many levels—like tiers on a wedding cake—display carefully selected classic, current and concept cars. Citroën presents the car as both art object and the key to adventure, including racing and exploration. The views from the windows on each level are bonuses. 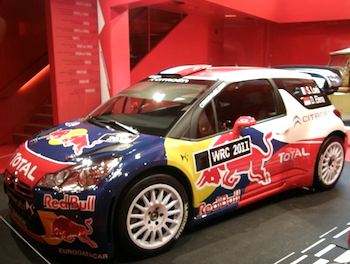 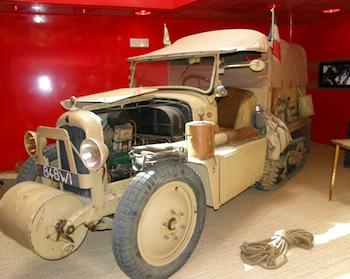 Exhibits change periodically. On a recent visit (May 2011), I drooled over rally cars and stunning video footage of European rallies—adrenalin-pumping road racing. I was also captivated by a display of early half-track Citroëns. Whether in desert or arctic regions, these vehicles helped publicize the Citroën name in far-flung corners of the world and establish France as the home of rugged motorized transport. 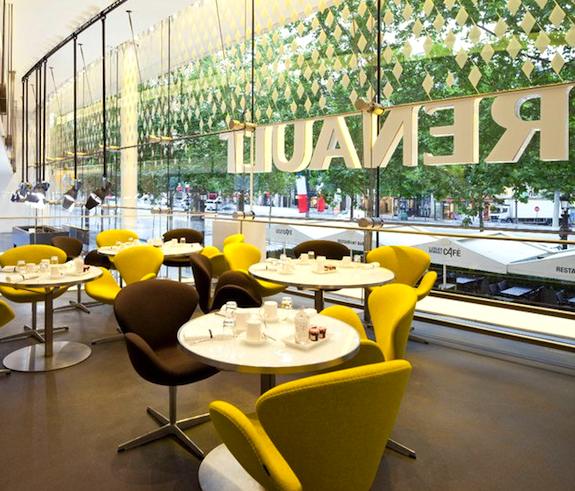 Citroën’s version of automotive heaven gave me a bit of an appetite. So I wandered over to the Atelier Renault at 53, Champs-Elysées, Paris 8th, which features a relaxing bar and restaurant, L’Atelier Renault Café, as well as cars.

Now what? Let’s stay outside for a bit. I have been told that fresh Paris air, particularly at rush hour, is as effective in reducing cholesterol as eating fish, if properly supplemented with French wine. 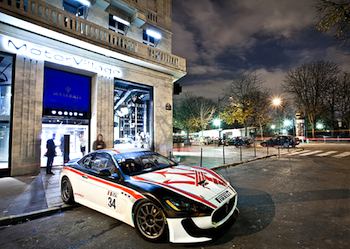 Last May we rented a flat on rue Jean Mermoz near a Jeep dealership known as Motorvillage, which also has a restaurant. You might enjoy a little walk in that direction. Cross the street back to the same side of the street as the Citroën C42 store and walk away from the Arc de Triomphe (I often get mixed up on directions in Paris, but the Arc de Triomphe is a great landmark for orientation). You will come to the Rond-Point des Champs-Élysées. Rue Mermoz runs off it on your left. Motorvillage is located at 2, Rond-Point des Champs-Elysées.

If it is evening, there may be some interesting cars lining up for the valet parking in front of the popular Chinese restaurant on this street (President Sarkozy has eaten there).

After a few blocks, you will reach rue du Faubourg Saint-Honoré. Turn right. If your luck is similar to mine, you will have seen a few nice cars and nice buildings along the way. There is something unbeatable about fine architecture reflected in the engine hatch of a Ferrari. 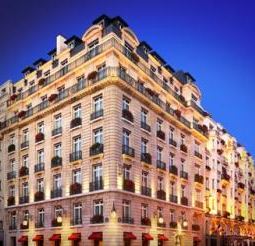 Carry on to Hôtel Le Bristol at 112, rue du Faubourg Saint-Honoré, Paris 8th, and you will probably spot the resident Maybach.

The Maybach is the world’s most expensive production sedan. This one usually sits outside the five-star Bristol, the hotel featured in Midnight in Paris, the latest Woody Allen film.

Anyone can look at it admiringly and dream. But the Bristol’s extra-special guests get chauffeured about Paris in this car. I saw another Maybach nearby, not far from the Presidential Palace, but the heavy presence of security guards and police discouraged picture-taking. 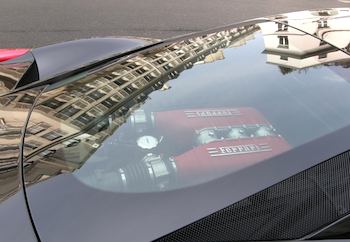 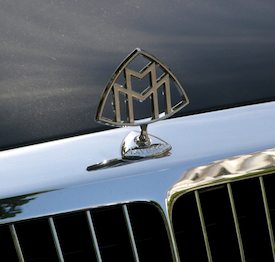 Willie Sutton was once asked why he robbed banks. He replied, “Because that’s where the money is.” I am not counselling crime, just reminding you that luxury cars cost a lot of money and if you want to see some, go “where the money is.” There is money on the Champs-Élysées and the rue du Faubourg St-Honoré. Happy hunting.

Norman Ball writes the blog Parisian Fields with his wife, Philippa Campsie, which covers everything from Paris history to today’s street scenes. One of his best Paris vacations coincided with the Mondial de l’Automobile (which returns in October 2012).

Click on image for more info about these Paris automobile + architecture walks selections. 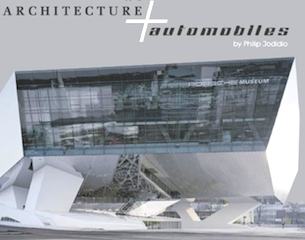 Want to save 15% OpenSkies flights between Paris—NY?

Save 15% on business-class international flights between Paris and New York on OpenSkies, the airline for Smart Flyers as a free perk with your BonjourParis.com $34.95 annual premium membership.

Not yet a premium member? Subscribe now so you & up to 3 travel companions can each save hundreds. Please click here for promotion details.