The Royal Horticultural Society (the RHS) Chelsea Flower Show kicks off London’s Summer Strawberries and Cream Season which goes on to include Ascot, Wimbledon, Henley, Glastonbury, Aldeburgh and countless other shows and gorgeous gardens open to the likes of you and I.

This year’s show, from May 25-29, was sponsored by M & G Investments www.mandg.co.uk/chelsea who asked garden designer Roger Platts to create a garden for them. Platts came up with a quintessentially British garden with lush plantings including foxgloves, myrtle and lavender. That’s really what Chelsea’s about, stunning show gardens all competing to win gold.

The location is a vast space in the grounds of the Royal Hospital Chelsea. It take three weeks to plant all the gardens. Not only outside but in “The Great Pavilion” nostalgia meets the 21st century from dahlias to dianthas, sweet peas, hollyhocks, major league orchid specialists from all over the world, fruits, vegetables, you really don’t know where to look first. Tip: when you go get a pre-programme and plan your visit.

HM The Queen never misses and heads a list of slebs including all the Lords and Ladies of the land, as well as, say, Ringo Starr and Barbara Bach, Jerry Hall, Jeremy Irons, Twiggy, Jamie Oliver, Raymond Blanc. HM was lucky to see the £20 million Ace of Diamonds Jewel Box Garden; the precious stones were spirited away after her visit. Jamie O was busy cooking pizzas in a wood-fired oven at the Children’s Society Garden, “very posh ‘ere, I’m wearing a shirt!” he pointed out. 2-star Michelin chef Blanc, of Le Manoir aux Quat’ saisons, Oxford, hobbling around on crutches was still capable of cooking his favourite “garden to plate” recipes in the Smallbone Alfresco kichen garden, created specially for the show and available to order. www.smallbone.co.uk

Does a bit of gardening keep you young? Take the slim youthful-looking Ringo, and his stunning wife Barbara, what’s he thinking then luv? “Could be, could be, I went down the black hole in me garden and came up the other side looking like this”. Hmm maybe, go figure.

The Daily Telegraph garden was designed by Andy Sturgeon, as a landscape of hope and solace after the recent untimely death of his partner, the mother of their three children. Sturgeon, a BBC gardening presenter, took Gold and 1st prize Best In Show. “Sarah wasn’t a very keen gardener but I dedicated it to her, it’s a metaphor for life with each path leading somewhere, just as the paths in life. I think she would have been very proud”, he said wistfully.

In what the judges described as a vintage year for Chelsea eight show gardens won Gold Awards including The Cancer Research Garden, The Children’s Society Garden and Green and Black’s Rainforest Garden designed by Jane Owen. “I can’t begin to tell you the stress levels involved with a flower show exhibit”, she said. Her garden was a rainforest family home made in part by Cameroonians Jeanne Noua, Mathilde Zang and Marguerite Akom. The garden raises awareness about life changes that hunter gatherers are making as their traditional hunting grounds are destroyed by illegal logging and featured a G3 rifle and two AK47’s. “These guns, the weapons of choice among many sub-Saharan poachers, are the real things, although not in working order”, assured Ms Owen. Staying in France, “Christian Before Dior” exhibited a touch of French Garden Design in association with Chilstone of Tunbridge Wells, a nod and a wink to the Entente Cordiale and to the current exhbition at Les Rhumbs, Granville, Normandy where the young Dior shared his love of gardening with his mother. In hommage a man’s jacket was draped casually across the bench, in the buttonhole a sprig of lily of the valley, Dior’s favourite flower.

At 590 square meters the “Places of Change Garden” was the largest show garden ever built at Chelsea, complete with scarecrow and featuring themed zones such as Crops & Food, Floristry and Leisure, Medicine and Health. It was beautifully created by former homeless people and ex-prisoners for whom gardening has been a life-changing experience. “At its heart is that horticulture is central to our lives and represents an opportunity for excluded people to gain life skills and contribute”, said Paul Stone, designer and co-ordinator of the garden, as he accepted the Silver award. “Of the 10,000 plants, one third have been grown from seeds and bulbs”, he added.

Stephen Hawking showed Her Majesty the garden inspired by his iconic book “A Brief History of Time”. Designer Sue Hayward said: “This garden reflects the passage of time; Professor Hawking is the inspiration behind the garden. There’s a water feature and a clock set into a stone wall that spirals towards the centre of the garden representing a protected and safe place, symbolising the support given by the Motor Neurone Disease Association.

And one you can try at home: Tony Smith’s, The Easigrass Garden (Silver Gilt). This is the garden of a plantaholic singleton living in the city and holding a high profile job. At home, he/she wants to escape into their own world with only the plants for company. There’s a tiny grotto and a water feature, walls and ceilings are finished in artificial grass, at the back of the grotto a sculpted seat to sit and admire the garden, read the latest gardening tomes or plan next year’s visit to the Chelsea Flower Show May 24-28 2011. www.rhs.org.uk/chelsea

If you’re coming to France or London (or for that matter anywhere) you can reserve your hotel here. To rent a car, Bonjour Paris recommends Auto Europe. 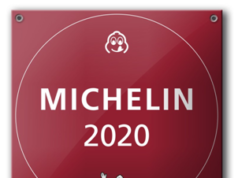