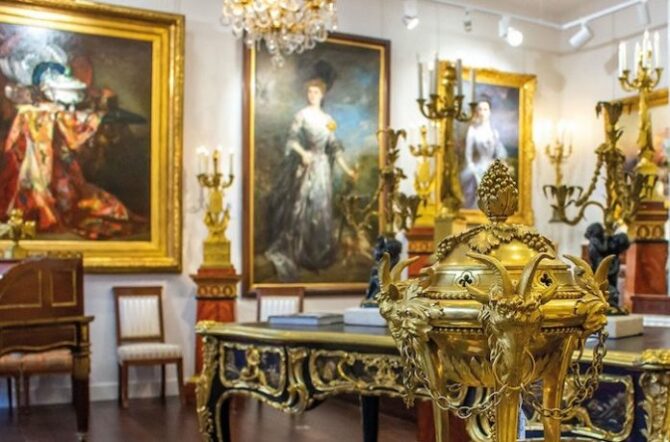 “What you can’t touch in Versailles… you can get in Biron.”

A beautiful Saturday morning in July and Chez Arnaud is packed with regulars savoring cups of coffee at the entrance to the Marché Biron. The pleasant hum of conversation mixes with the clink of ceramics, the sound of the espresso machine, and the singsong cry of passing vendors calling out greetings to their friends, their leashed dogs in tow. “Salut! Ça va?” It’s a village here, as appreciated for its vast array of exceptional antiques as it is for its authentic, charming ambiance.

The world’s largest antiques market, the legendary Marché aux Puces de Saint-Ouen ignites imaginations around the world. Since its beginnings as a flea market where “pêcheurs de lune” hawked their wares outside the city’s limits, the Puces has become an internationally renowned destination for antiques and coveted vintage items. In fact, it is France’s 5th most visited site, with more than five million visitors per year (after tourist magnets like Mont Saint-Michel and the Eiffel Tower). Situated just outside the Porte de Clignancourt on the northern perimeter of Paris, the Puces is a connoisseur’s mecca, drawing interior designers from all over the world to source exceptional furniture and decorative arts. 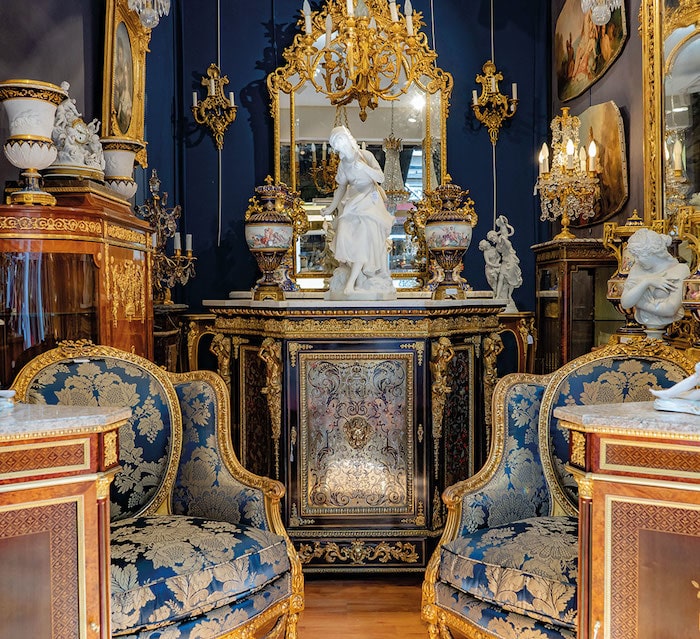 Within this sprawling labyrinth, the Marché Biron is a destination in and of itself. Home to 220 antiques dealers and vendors, Biron is like a museum, a prestigious place that has a family history and a friendly vibe. What’s thrilling about the Marché Biron is its sheer variety of treasures. Taking a walk here is like strolling through centuries of art history. Think Louis XIV and Louis XV all the way through Napoleon III and Art Deco and modernism. All showcased by specialist vendors who are all passionate experts in their niche fields. It’s little wonder that A-list celebrities, models, and Hollywood stars make Biron a must-visit location on their Paris itineraries.

“Once I sold a Murano mirror to Madonna,” explains Patrick Belvisi, who’s worked at Biron for 35 years, “but I didn’t recognize her when she came in the boutique! Just afterwards, a man came in and negotiated the purchase. Then he explained that he bought it for Madonna!” After many years as a marchand, Belvisi is now the Biron events manager, organizing star-studded parties, particularly the themed, all-night, Champagne-infused soirée called the “Nuit des Puces” that happens every autumn. Previous incarnations have channeled Bollywood, the Cannes Film Festival, even the Venice Carnival. “What’s more fun than organizing the fete all the time?” 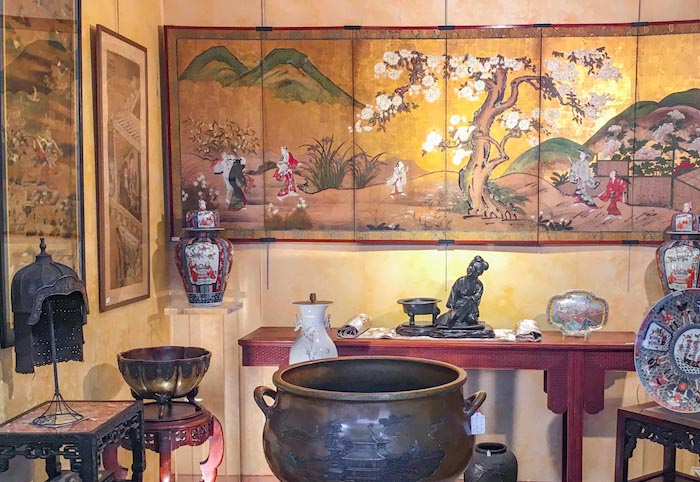 The merchants of Biron— many of them following in their parents’ footsteps, the next generation of marchands— collect stories just as they collect wonderful finds from all over France. Here’s just a smattering: At Lassaussois, you’ll find incredible stained glass windows, often purchased by architects as design elements in restaurants and houses. Don Antonio boasts incredible Delft porcelain. Les Curieux is the place for magnificent, ancient fans— each a work of artisanal savoir-faire. Passiflora specializes in authentic Murano pieces, while Alexia Say is a treasure trove of Lalique, showcasing precious objets d’art that you can’t even find at the Musée Lalique. At Vingtieme, Marie Bonnet sells hard-to-find vintage furniture signed by some of the top designers of the 20th century, while Galerie ISL sells vintage Chanel and Louis Vuitton. You’ll even find artisans here at Biron, like Birch Bark Furniture— which, like its name indicates— works with bark, precious minerals and other natural elements to craft furniture that are works of art, a cupboard reminiscent of a Chinese landscape painting.

Even if you can’t travel to Paris at the moment, the Marché Biron has launched a video channel so you can be a virtual flâneur and check out some of the magnificent pieces available. From vintage Hermes to Murano vases, from gilded 18th century barometers to fine French portraits, there are delightful discoveries to be made! Needless to say, efficient worldwide shipping is available— whether you strike a bargain on a small object or stock up an entire shipping container. 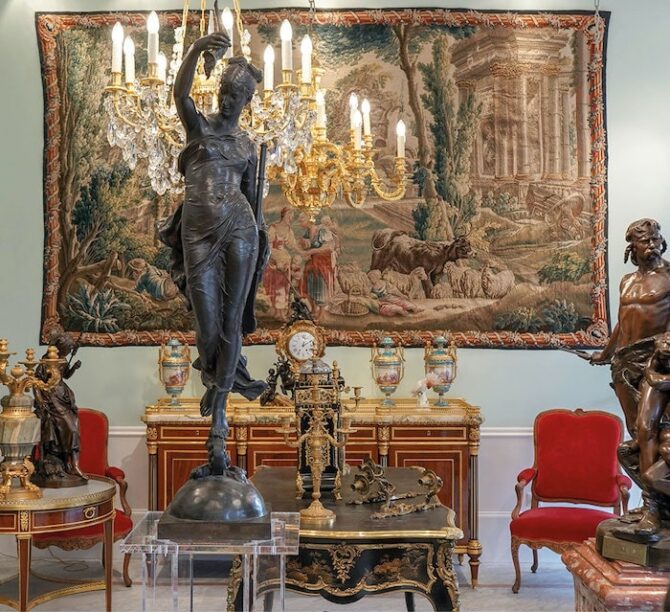 Access: Via public transportation, metro Porte de Clignancourt (line 4) or Garibaldi (line 13). By car, exit the peripherique at the “Porte de Clignancourt” exit, or Porte de Saint Ouen. Or from the Boulevard des Marechaux, take the Porte de Montmartre exit. Parking lots can be found at:

Previous Article Paul Éluard: Poetry in a Time of Dislocation
Next Article Vincent van Gogh: The “Last Painting” in Auvers-sur-Oise