In Conversation with Elaine Sciolino, Author of The Only Street in Paris 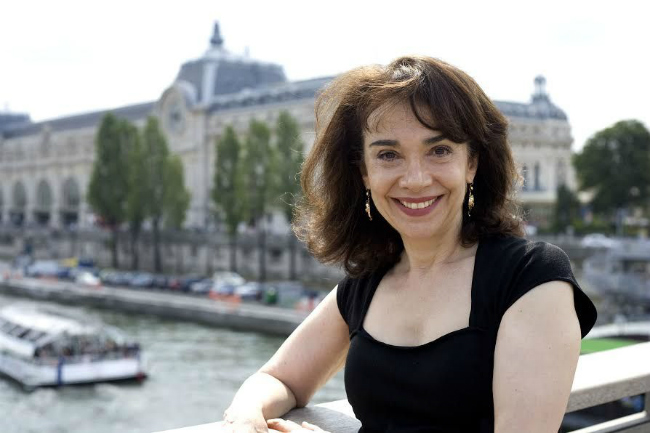 It’s a bitterly cold winter day in Paris when I take refuge off the rue des Martyrs. I’m welcomed with piping hot coffee inside a beautiful Parisian apartment, brightly lit and punctuated with pops of color (covetable carpets galore). I take design inspiration from the clever stacks of coffee-table books which, piled high, serve as tables.

Elaine Sciolino—award-winning author and former Paris bureau chief for the New York Times—is a gregarious host. And, to this day, an impressive reporter with an eye for storytelling. I’ve stopped by to discuss her latest book: The Only Street in Paris: Life on the Rue des Martyrs. When it hit bookshelves in November 2015, it was an instant bestseller. Universally well-reviewed, the book really struck a chord with readers. 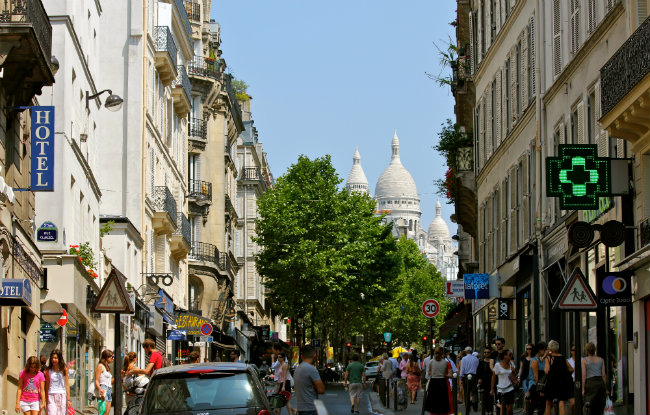 Personally, the book brought me great comfort in the aftermath of the November terrorist attacks in Paris. By telling her neighborhood’s stories, Sciolino celebrates its rich human tapestry, the medley of residents– from all different backgrounds and religions– which make it a glorious, vibrant melting pot. As Sciolino says in the opening of the book, “For me, it is the last real street in Paris, a half-mile celebration of the city in all its diversity—its rituals and routines, its permanence and transience, its quirky old family-owned shops and pretty young boutiques. This street represents what is left of the intimate, human side of Paris.”

From this hilly stretch—steeped in history—Sciolino has captured a Paris microcosm. While poring over the chapters, I found myself thinking about the cast of characters in my own quartier—the foot of the Butte aux Cailles in the 13th arrondissement. The always-laughing bartender, the kosher butcher who sells our hosts the annual Thanksgiving turkey, the passionate beekeeper who runs his own honey boutique, the bookseller with a photographic memory, the boulanger who bestows sugar-crusted chouquettes on my young daughters, the sometimes surly maîtresse de maison at the pressing. I, too, love my Paris village. 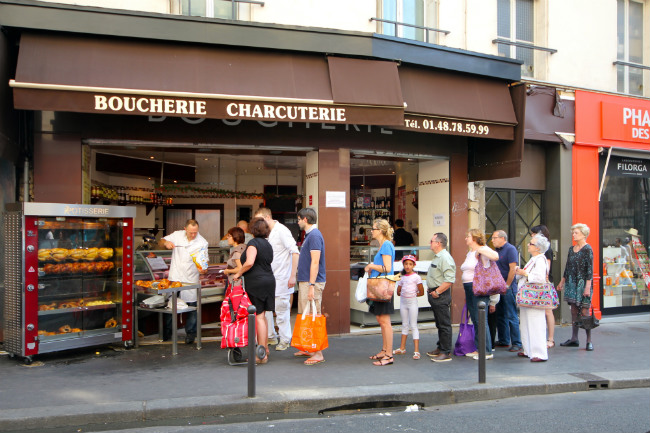 Back in 2004, Sciolino called this non-chic street “the anti-Marais,” but the rue des Martyrs is undeniable trendy these days, a veritable paradise for food-obsessed hipsters and bobos. What about the critics who call the street “la rue du monoproduit” because of all the boutiques peddling just one single type of product? Like choux pastry, or madeleines, or confiture? With gentrification, will the authentic soul of the rue des Martyrs be lost? 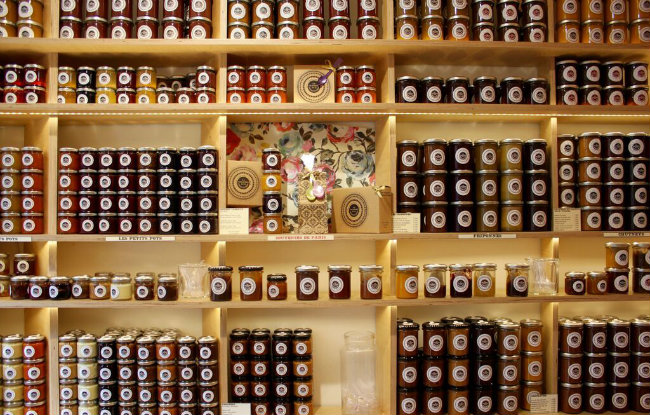 Sciolino isn’t worried. “If we look at the street in totality, it’s really two streets: one in the 9th and one in the 18th arrondissement. The bottom part is changing with fancy shops, but the part in the 18th has a different (grittier) feel.” Furthermore, part of the rue des Martyrs has been zoned an “artisanal” street, along with rues like Cler and Montorgueil, which means there are strict rules about commerce and development. The fish market couldn’t be replaced by a clothing boutique, for example. Kiehl’s was able to move in, Sciolino points out, because they installed two barber shop chairs—making the beauty chain “artisanal.”

The very inspiration for the book—an article she wrote in late 2012 for her former “Letter from Paris” column in the New York Times—was the closing of the Poissonnerie Bleue, a fish market that had operated for over half a century, and the debate that ensued about the future of the street’s commerce. Would a big supermarket chain take its place? (The arrondissement’s mayor lobbied for another fishmonger to move in, instead.) 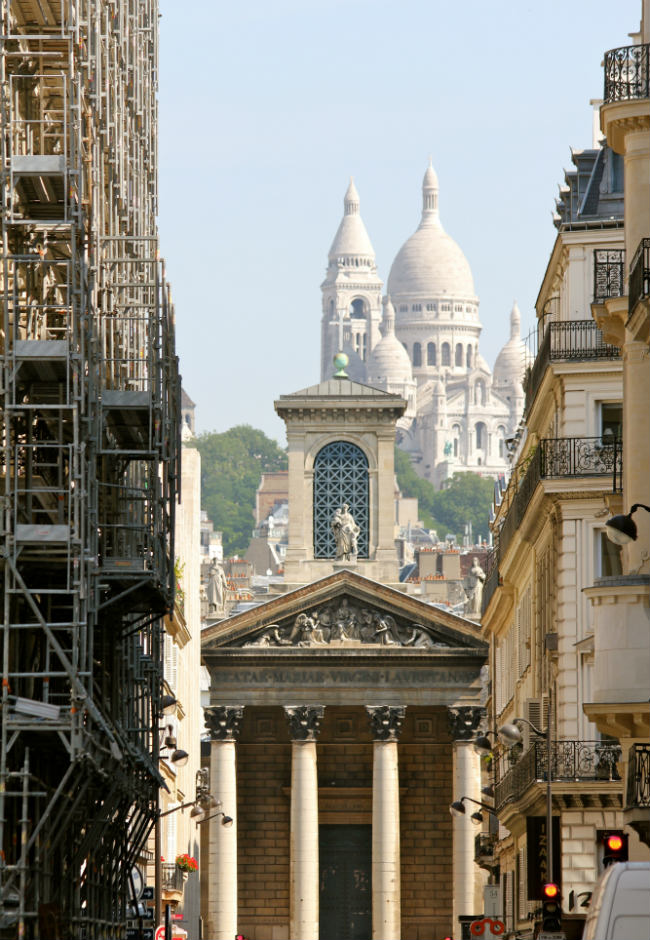 Above all else, Sciolino says, “the spirit of the street is its history, and that’s not going to change.” The street takes its name from St. Denis’ martyrdom; legend has it that when he was decapitated in the third century, he picked up his head and walked north to present-day St. Denis before dying. The rue des Martyrs is the site of where the Jesuits first took their vows, and the crypt exists to this day. And the street was captured in books by literary greats like Balzac, Zola, de Maupassant, Dumas, and Flaubert.

One of the most fun chapters in the book details Sciolino’s quest to bring Pope Francis to the rue des Martyrs. “Your Holiness,” she wrote in a letter, “it will be a miracle if my letter reaches you. But miracles happen, no?”

“I just have to know: have you heard from the Pope?” I ask Elaine. I’m speaking to the formidable, fearless journalist who was the first American to interview Ayatollah Khomeini, who once drove across Cuba to hear Fidel Castro, who interviewed dictators like Muammar Gaddafi. If anyone’s going to get to the Pope, it’s Sciolino. “No!” she laughs, but she’s only just getting started. In early January, she sent a new letter with a trusted contact to reach His Holiness. “But it will happen,” she smiles. 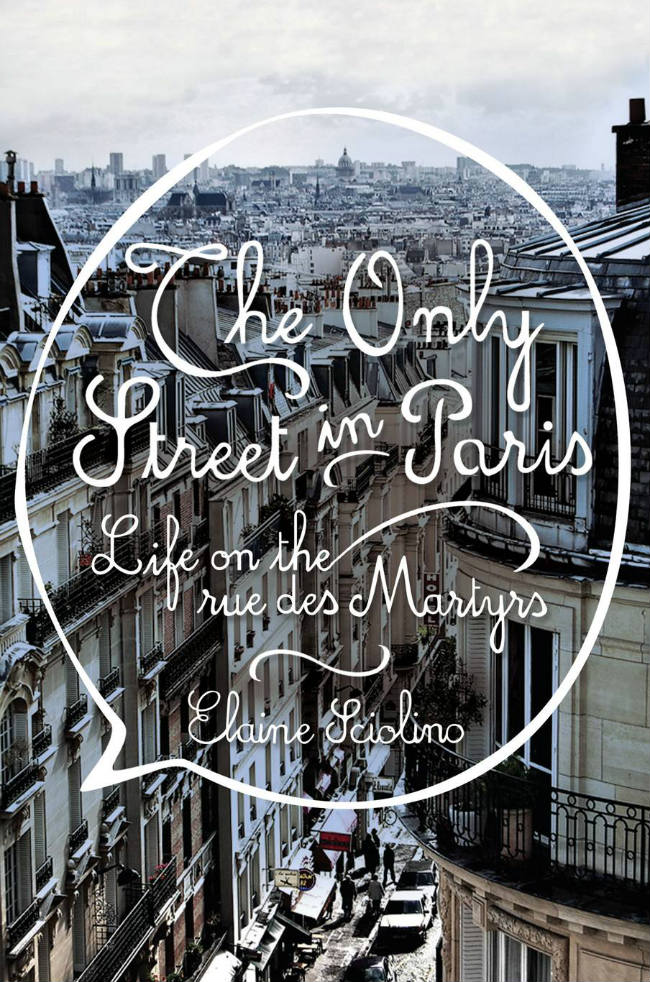 book jacket “The Only Street in Paris: Life on the rue des Martyrs”

Based in Paris, Nicklin is the Editor of Bonjour Paris. She is also the Web Editor for France Today, the site's sister publication. As a freelance journalist, she has contributed to publications like The Washington Post, Condé Nast Traveler, Rhapsody, Travel Agent Magazine, Luxury Travel Advisor, Afar and USAToday.com.