Most people, when they think of Champagne, think of the area around Reims and Epernay, where the famous labels—Taittinger, Veuve Cliquot, Moet Chandon, and so on—are bottled, and from whence champagne is shipped all around the world.

What is less well known is that champagne is produced in a much larger area, an area that stretches south to the border of Burgundy, and that in the department of l’Aube numerous smaller operations—mostly cooperatives and small family businesses—proliferate, with many of the quiet, beautiful little villages in which they are bottled boasting a sometimes astonishing number of caves. 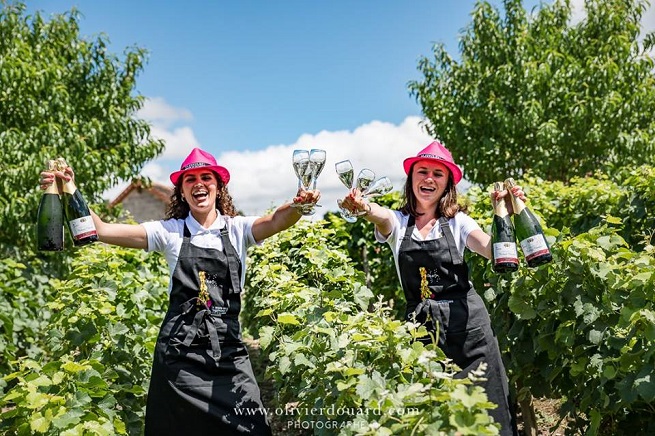 It is also not widely known (yet) that these champagnes, long considered less illustrious than those made by their neighbors to the north, have in recent years been coming into their own and gaining the respect of connoisseurs.

It is probably even less well known that the history of the vignerons of southern Champagne to assert their right to the appellation du champagne goes back more than 100 years, when the winemakers of l’Aube demanded their right to make champagne. It was a sometimes violent battle that lasted 16 years, which they ultimately won.

While some of the champagnes made in l’Aube are shipped internationally, it is a very small amount. Which means that if you want to taste the rich array of subtle, elegant, and complex arisanale champagnes being produced in this region, you just might have to come here.

And summer is an excellent time to do so, because that is when the Route du Champagne en Fête, an annual celebration of viticulture in l’Aube, the southernmost part of the Champagne region (which has been officially renamed le Grand Est), takes place, this year the weekend of July 28-29.

Each year a group of villages from within a designated part of l’Aube participate in the festivities. This year seven villages in the Vallée de l’Ource, the central section of the main grape growing area of l’Aube (which is the Côte des Bars, named for Bar sur Aube on the eastern edge, and Bar sur Seine on the west) will host the celebration. 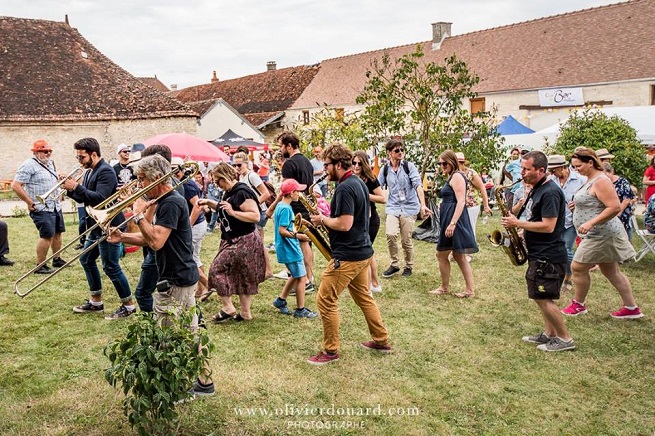 In each of the villages, local vignerons will open their caves to visitors who have purchased a “passport,” and in the streets and squares of the villages there will be special events and activities open to everyone. For example in the main village square in Essoyes, according to deputy mayor and professional oenologue Philippe Talbot, there will be demonstrations of several of the steps in the complicated process of making champagne. “There will be a dégustation of vin clair, which is what the wine is called before it becomes champagne,” he told me. 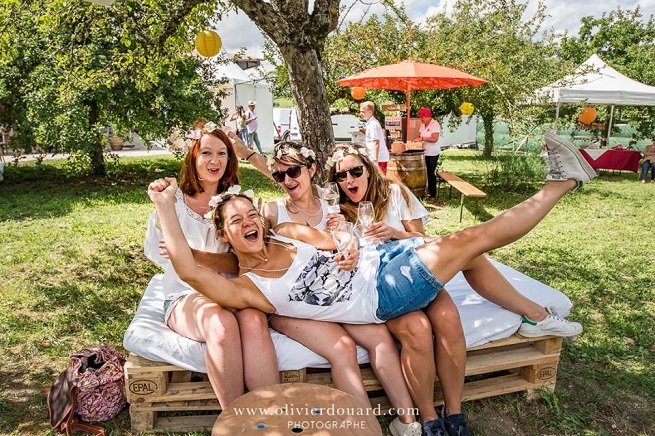 Visitors will also be able to see a demonstration of remouage, the process during which the champagne bottles must be turned upside down at a precise angle, and then turned slightly and systematically for a period of time, in order to collect the sediment created during fermentation at the tip of the bottle. (This process was traditionally done by hand: nowadays it is generally done by machine. It is the traditional method that will be demonstrated, and visitors will also be able to try their own hand at it.) 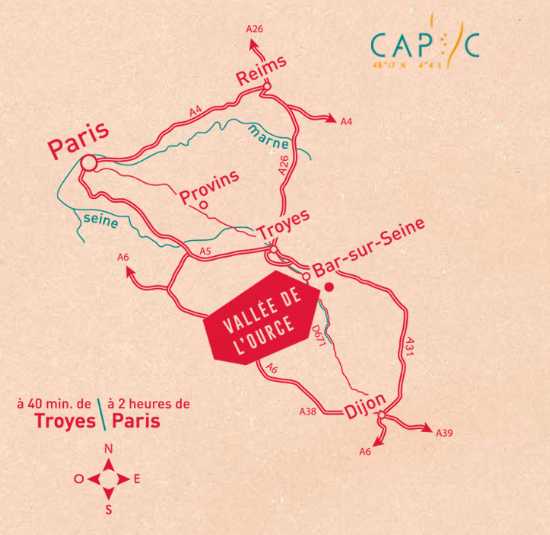 Finally, those who have the courage—and are willing to pay for the bottle—will be able to try their hand at dégorgement, the process in which the bottle is uncorked in order to release the sediment, then recorked. “They have to buy the bottle, because once it’s uncorked, it won’t be recorked,” Talbot explains. “But then they can drink it with their friends. It’s very good!” He adds, “All of this is a good way for people to realize all that goes into making the champagne from grapes that were harvested in 2017, and will not have finished the process of becoming champagne until 2020.”

From June 16-July 29 a special exhibition, Accord Parfait, first created in 2015, will return to Essoyes, which is the home town of Aline Charigot, wife of Pierre Auguste Renoir and mother of Jean Renoir. It is now also home of the newly restored Renoir family home. The exhibit will be displayed in the upstairs space of the interpretive center, Du Côté des Renoirs, which is dedicated to telling the life of the Renoir family in this village. The unique underlying concept of the exhibit is the matching of 10 Renoir paintings with local champagnes. With the seriousness the French tend to apply to matters of both wine and art, a committee of connoisseurs was invited to participate in a tasting of 10 local champagnes held in the Maison Renoir in Essoyes, and to independently match the sensations evoked with the reproductions of the paintings. “The results surpassed our expectations,” says Talbot. “The degree to which there was a convergence of opinion was impressive.” The experience provided the tasters with a new way of describing champagnes, and also offered a vibrant new way of appreciating the paintings of Renoir. 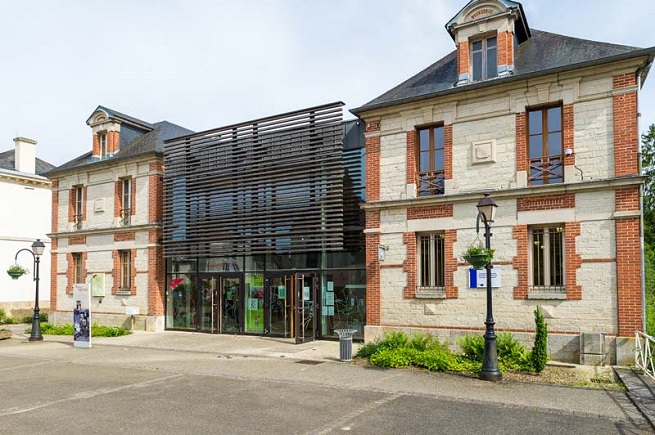 In all seven of the villages—Essoyes, Landreville, Viviers-sur-Artaut, Loches-sur-Ource, Noé-les-Mallets, Fontette, and Verpillière-sur-Ource—local champagne cellars will offer dégustations de champagne—and of course there will be food and other special events, for example a festive Saturday night soirée at the Richardot caves in Loches.

Although it is perfectly possible to make a weekend, or even a day trip from Paris to the Côte des Bars, there are so many interesting things to see and do in this area, and within a short drive of this area that anyone venturing this way should consider staying longer. I will mention only a few: the beautifully maintained medieval architecture and museums of Troyes; the impressive and highly educational Charles de Gaulle Memorial in Colombey-les-Deux-Eglises; and the fields of Verdun. Not to mention the breathtakingly beautiful landscapes throughout this area, punctuated with charming and equally beautiful villages.

So, really, what are you waiting for? The pleasures of Champagne await you!