Brooklyn on the Seine at Le Bon Marché 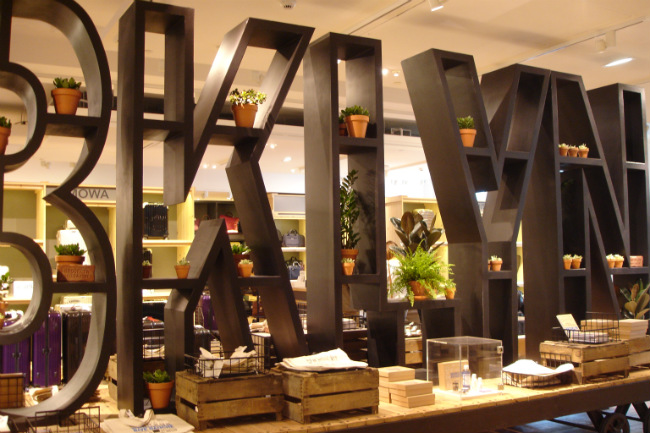 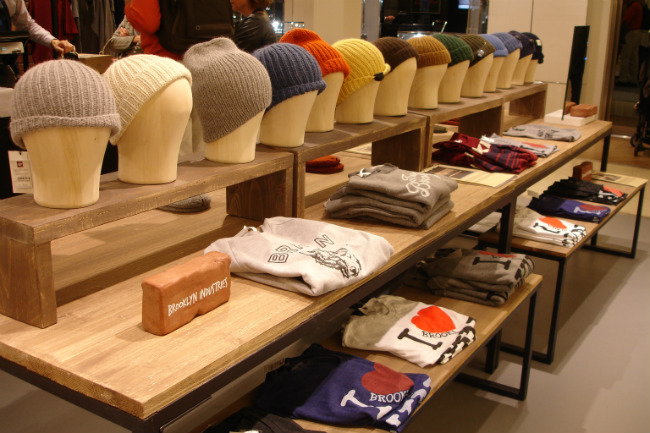 Brooklyn. It’s been hot for years. It’s got a certain cachet that connotes cool, creative, and cutting edge. Which is why there’s a wine bar in Paris named Brooklyn on rue Quincampoix in the fourth arrondissement and the Brooklyn Café on Place Saint-Ferdinand in the seventeenth, and why the New York Times reported back in 2012 that, among young Parisians, there was no greater praise than “très Brooklyn.” They were talking about cuisine, but the term can easily be extrapolated to other areas, as well.

Now, even Le Bon Marché, the oldest department store in Paris and arguably the swankiest, and its subsidiary, La Grande Épicerie, want to get in on the reflected cool of Brooklyn. Until October 17th, they’re hosting a Brooklyn-themed extravaganza of food, fashion, and fun.

Let’s start with the food. 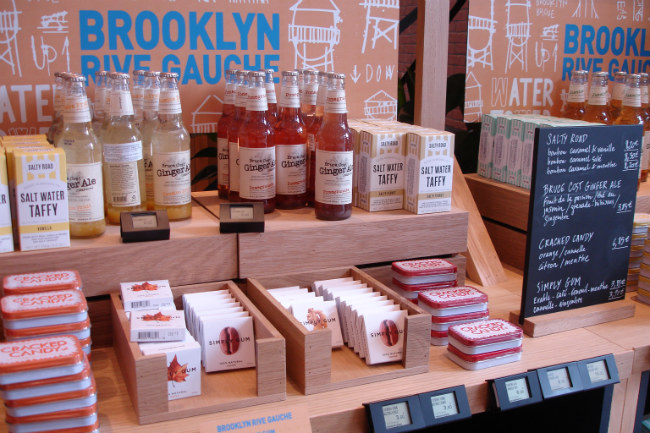 The food bar at the southeast entrance of La Grande Épicerie has been rebranded the Brooklyn Bar. The menu includes lobster and shrimp rolls, coleslaw, and honey and dark-chocolate ganache pie from the Brooklyn-based Four & Twenty Blackbirds pie shop, started by “pie queens” sisters Emily and Melissa Elsen in Brooklyn in 2010.

Head on into the store and, let’s see – ya got your hot dogs, ya got your pickles, ya got your bagels, and ya got your Brooklyn Brewery beers. Apparently no Hebrew Nationals here, and who in Brooklyn puts ketchup on their hotdogs? But let’s not quibble. This is Paris, and here they do it their way. And the pickles? Ya got your regular ones and your Damn Spicy ones in jars straight from the source. The bagels? Not so much. The Grande Épicerie pastry chef has transformed the New York bagel into a little cake-like concoction of a sweetened brioche-type bread, but with a bagel-like hole in the middle, sliced in half and filled with enough rich ingredients to call them Brooklyn Bagel Framboise, Brooklyn Bagel Noisette, and Brooklyn Bagel Choco. No purists here! 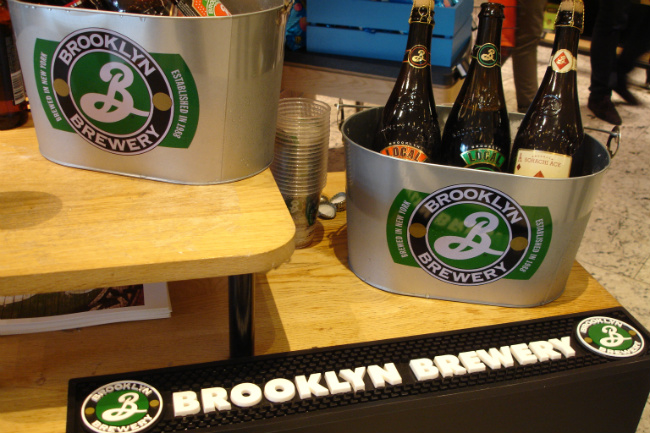 Sprinkled liberally throughout both stores is the water tower theme. Water towers are ubiquitous in cities – they’re what ensure all those tall buildings have enough pressure to keep the system running, and Brooklyn is no exception. So it’s a fitting and fetching symbol. It’s the shape of the kiosks and the shape of the signs telling you what food or fashion you’re looking at. 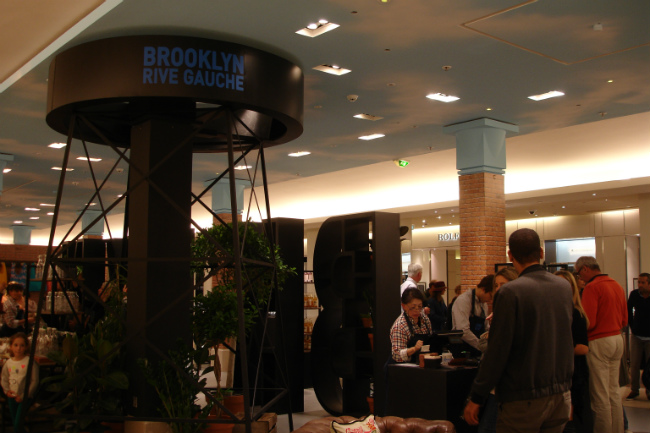 While most of the products are created by Brooklyn purveyors, there are some that boggle the mind. How did Wish-Bone salad dressing make the cut? The original recipe is from Kansas City, Missouri. It’s now produced by a company headquartered in Parsippany, New Jersey. But again, I quibble. If nothing else, the brand captures the culinary “sophistication” of Middle America, and is amusing to see on the shelves of a food store that bills itself as “A leading light in the world of Parisian gastronomy.” And those bottles labeled Arizona tea? Made in Woodbury, which is on Long Island, New York. But again, let’s not quibble. Those not in the know will not know.

There are in fact bona fide Brooklyn brands. In addition to the pickles, beer, and pie are products whose company founders take their métier very seriously. They source ingredients locally when possible, care about the environment, and are driven by a passion to produce wholesome, tasty treats. Included are Brooklyn Brittle; Brooklyn peanut butter; drink mixers – called Craft Mixers, in this case; Coconut Key Lime Cashew Butter; Salt Water Taffy; Ginger Ale; Redhead Bloody Mary Mix; a Chipotle Pepper Sauce whose slogan is “Pain is Good”; and Empire Classic Mayonnaise, to name just a few. New York is known as “The Empire State.” 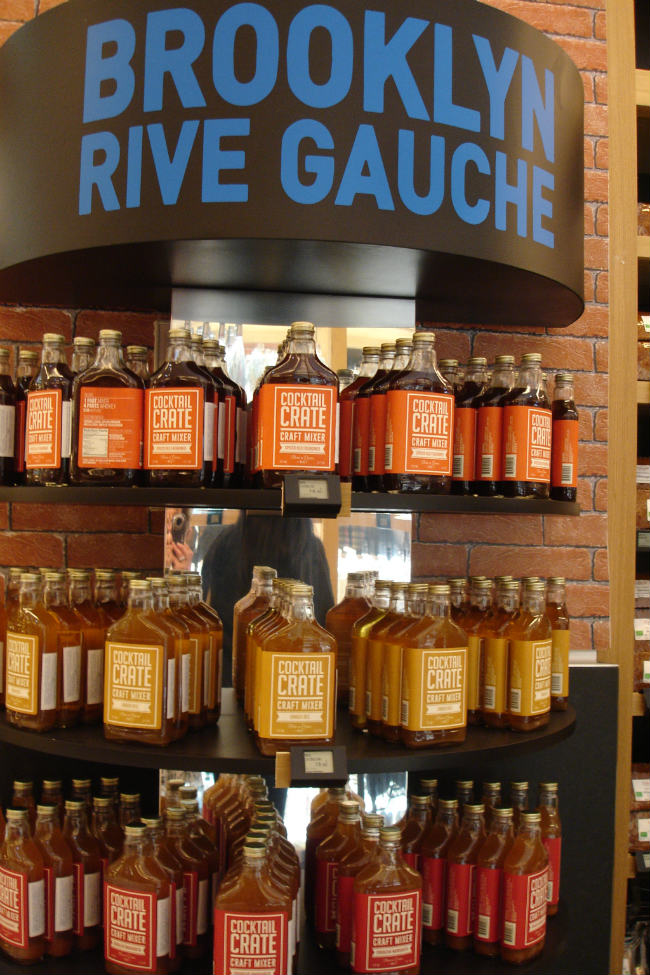 After you’ve had your fill of those goodies, head on over to Le Bon Marché to check out the nonfood wares. And there are many. Products include hand-knit caps, in a rainbow of colors from Brooklyn Industries; housewares; furniture; and something called La Boîte (The Box), which is a kind of survival kit for the body that includes Dr. Bronner’s soaps, Kiehl’s facial lotion and shampoo, and several temporary tattoos in the shape of arrows, in case you’re aiming at somebody’s heart and arrows are their thing.

Information is provided – on brownish recycled paper – about the background and philosophy of the company founders. Some started very, very small and have grown their products. And not by accident, mind you. These are real entrepreneurs. Entrepreneurs with a conscience, maybe, but entrepreneurs, nonetheless. So you can read about Jackie Rosenthal’s Ware of the Dog “luxury dog accessory collection”; or Lynn and Lawrence who talk about their values, environmental awareness, and their support for the charity onepercentfortheplanet.org. 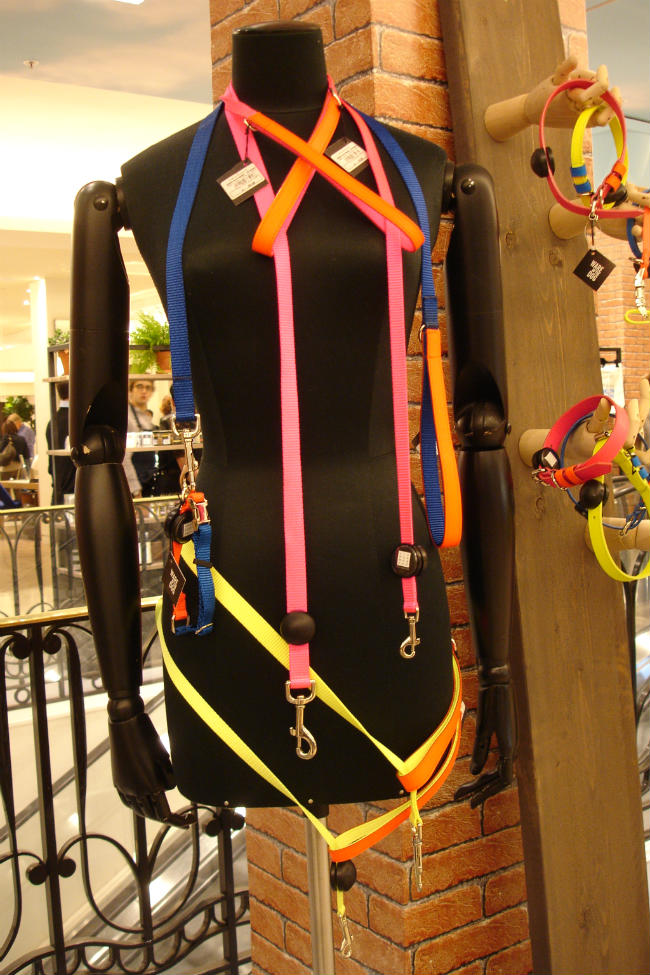 Boundless Brooklyn, a bona fide Brooklyn company, creates do-it-yourself model kits of landmarks, such as water towers, lifeguard towers, and billboards. In keeping with the social consciousness concerns of Brooklyn entrepreneurs, the company is involved in the local art community and sponsors nonprofit art classes.

There is Artisanal, Organic Pancake + Waffle Mix from Catskills Provisions. Who would have thought that the Catskills, which years ago was synonymous with resorts where people went in the hope of finding a spouse, and where second-rate comedians entertained the guests, would one day have the kind of cachet that would engender respect and not be the butt of jokes? 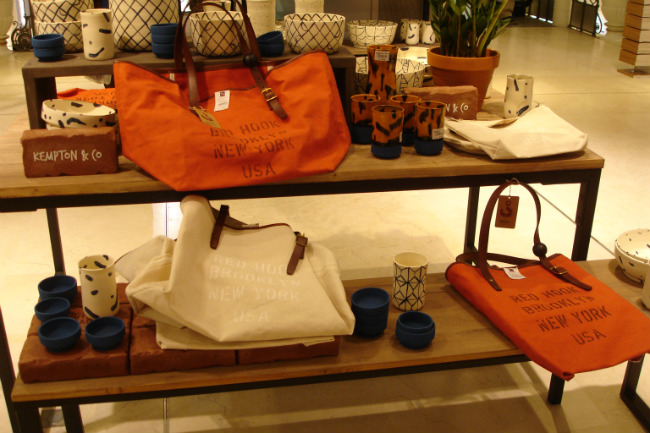 And then there is the Knickerbocker Mfg. Co., founded by Andrew Livingstone and not actually located in Brooklyn but in Queens, another borough. Close enough, although no one talks about Queens Cool. They should, though. The company manufactures exactly the kinds of styles in the exactly the kinds of fabrics that are in demand by Brooklyn hipsters. Included are blazers, hats, henleys, and tee-shirts.

Le Bon Marché also is using this event to launch the J. Crew collection at the store, a company actually headquartered across the river in Manhattan. Also close enough. Ironically, the opening of J. Crew in Brooklyn was somewhat controversial; some cultural gatekeepers opposed the influx of chain stores into a theretofore mom-and-pop-type neighborhood. But I suspect that now that it’s established in Brooklyn, it’s as popular there as anywhere. 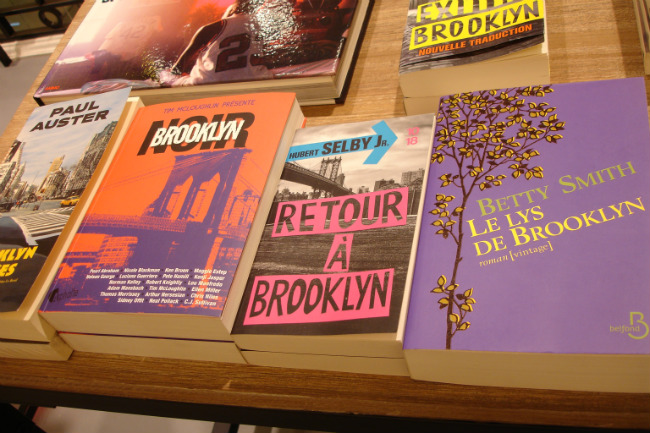 There’s also a selection of cookbooks about Brooklyn and New York food, and a selection of novels and other books about Brooklyn, including the classic coming-of-age story, A Tree Grows in Brooklyn, by Betty Smith – available in French under the title Le Lys de Brooklyn and well worth the read. And the restaurants in Le Bon Marché have prepared menus with a Brooklyn/New York theme.

And if all that weren’t enough, there’s even an old-fashioned barbershop set up for the event, and a tattoo salon. In addition, a movie commissioned for this extravaganza, called “Brooklyn Amusement Park,” is playing on large screens on the first floor. The moviemakers have imagined Brooklyn as a gigantic amusement park – a kind of Coney Island writ larger – and it ends with all the water towers taking off like rockets from their roofs. Brooklyn cool to the end. 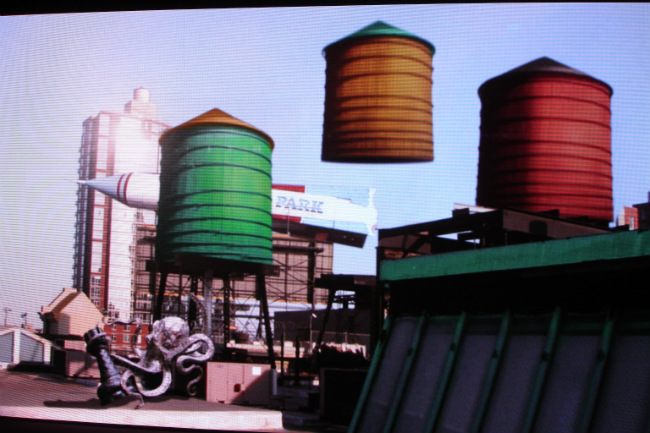 Le Bon Marché was created in 1852 by a husband and wife who reimagined the way people bought merchandise. Together, they created the first department store, where a vast range of items could be found under one roof. They were the first to offer fixed prices, home delivery, exchanges, mail order, and sales. In keeping with that, Le Bon Marché has used its imagination in creating Brooklyn Rive Gauche. If the foods and merchandise don’t strictly conform to the advertising, they can be forgiven, for if you can’t be creative in the world of merchandising, where can you be creative? The amount of planning that must have gone into this extravaganza is impressive, and the choice of merchandise vast. And definitely worth a visit.

And see https://en.wikipedia.org/wiki/List_of_people_from_Brooklyn for a truly impressive list of all the achievers from Brooklyn. 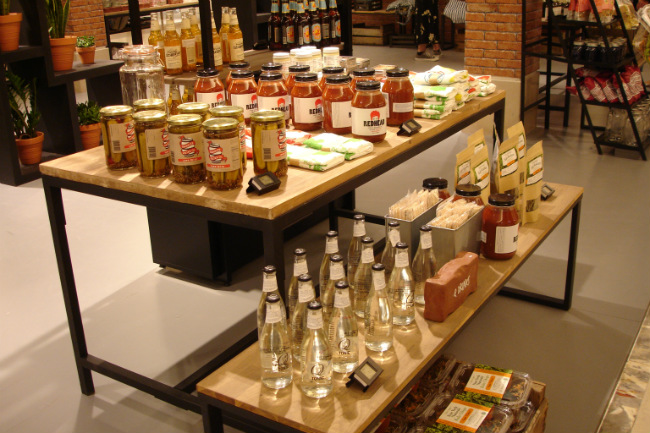 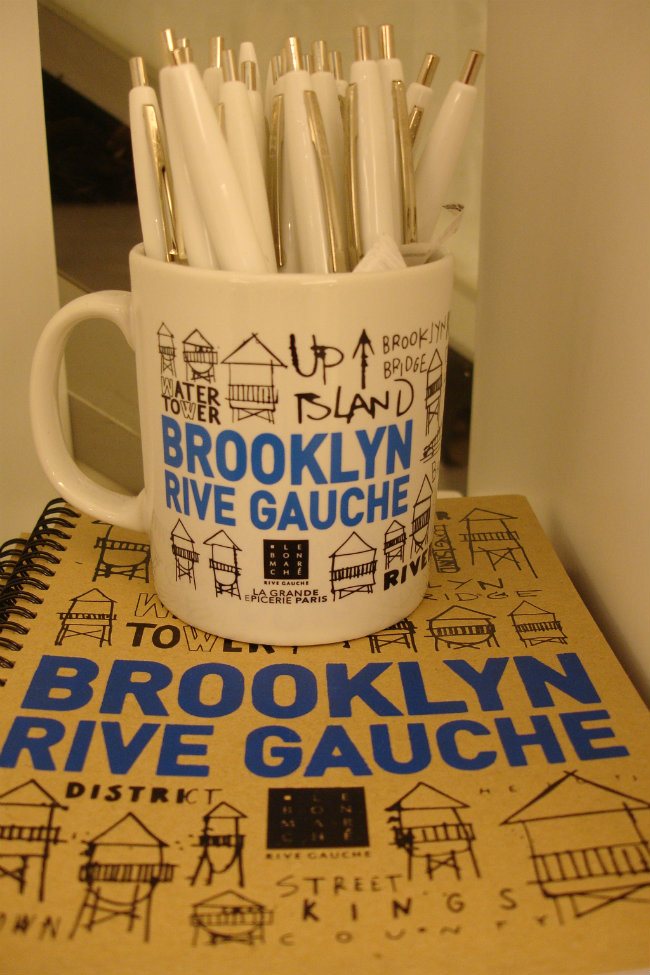 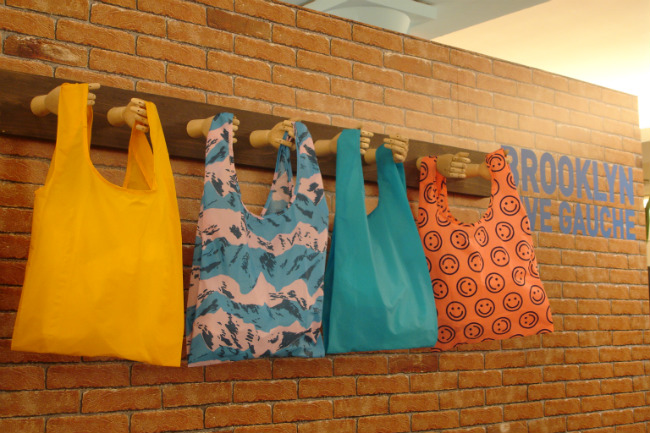 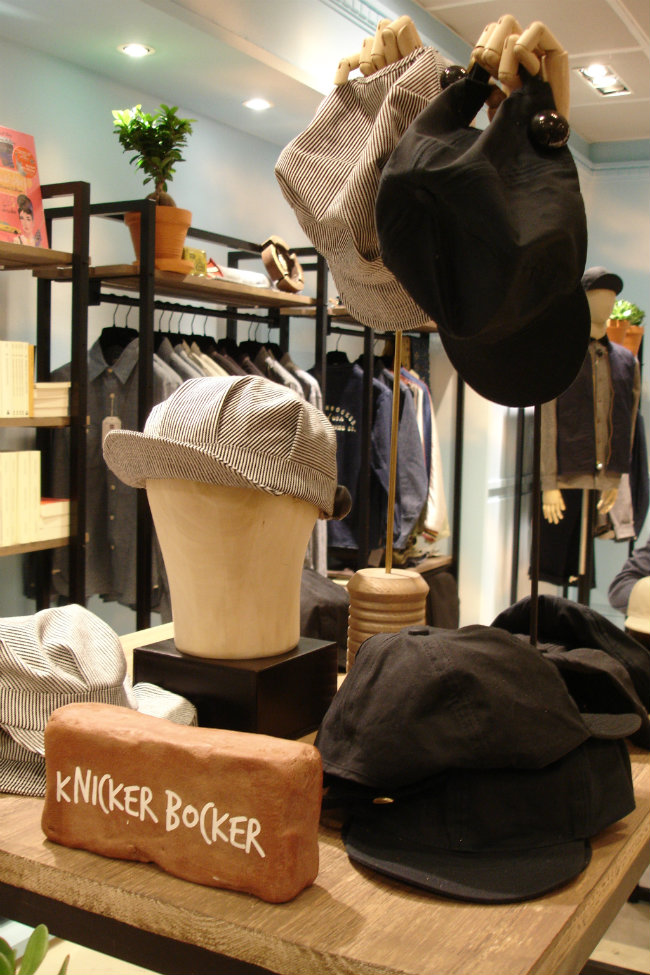 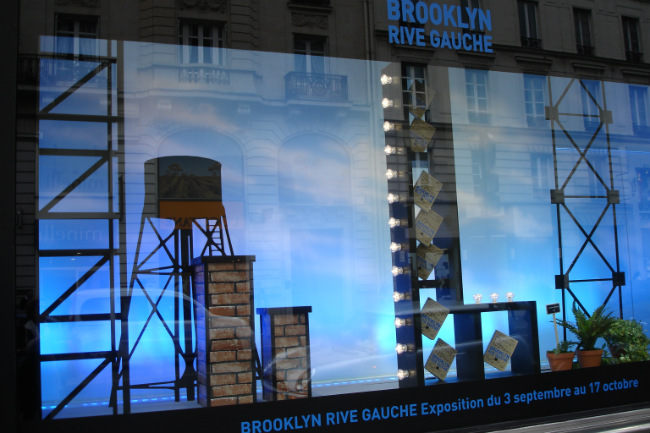