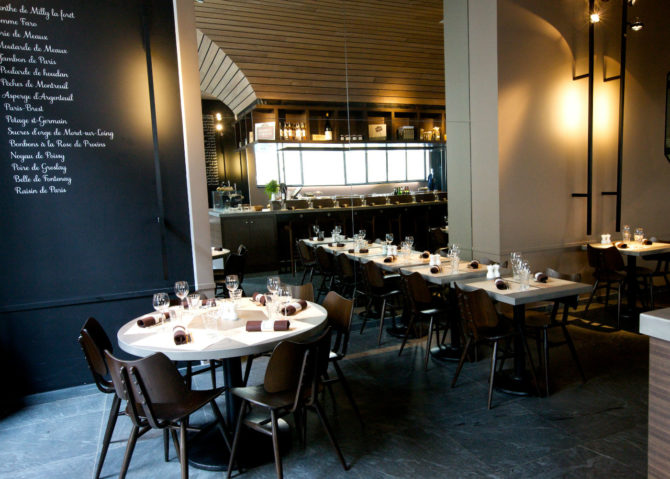 BP take: Yannick Alléno, the renowned Michelin three-star chef, opened this excellent bistro in the Latin Quarter with the mission of offering classic French dishes made with as much seasonal local produce as possible. Meals display the surprising bounty of the Ile de France region. Think star charcutier Gilles Verot’s cold cuts; navarin d’agneau made with lamb native to Ile de France; brie de Meaux and a pear poached in honey from hives in the suburb of Saint Denis. Today there are two locations in the city; one in the 5th and the other in the 2nd arrondissement.

“The city had been nourished by the fields and farms of the surrounding Ile de France region for centuries, but today many younger Parisians have never eaten any truly local produce. Three years ago Yannick Alléno, [then a three-star chef at Le Meurice], set out to change that for a lucky few by offering a special menu of dishes made almost entirely with regional produce. The menu was a hit, and Alléno went on to publish Terroir Parisien, a beautiful and very interesting book combining history and recipes, making the case that French cooking was essentially born in Paris using local ingredients.” — Alexander Lobrano, France Today (2012)