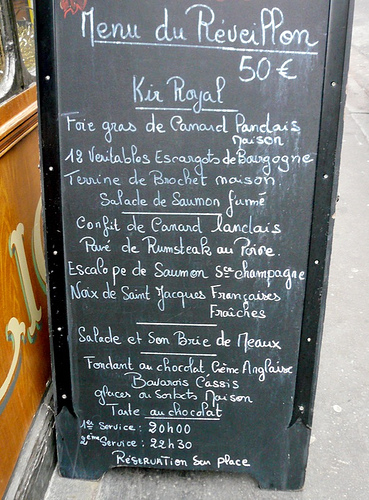 Upon arriving in France, I lamented my handicap of learning French as an adult. Previous experiences color everything; adults make too many assumptions. Children, unconstrained, ask endless questions. While grownups fight to “connect” their words, children sing without hesitation. Adults are programmed to speak precisely to avoid embarrassment. Children experiment without fear. After reading the Le Petit Prince (version originale française) came the realization that an adult must revert to childhood to learn French. How else could an adult learning French possibly understand starting a sentence with “Moi?”

Friends cheered my battles to speak French “beautifully;” most strangers showed compassion. Hopefully, sharing my lessons learned here will help others with their own struggles.

One common mistake is translating individual words instead of grasping main ideas. Life and learning French are easier upon accepting that the French have their ways of doing everything. They are never hungry; they have hunger (avoir faim). They are never full; they have eaten enough (avoir assez mangé). They don’t shop; they make the races (faire les courses). The verb faire literally means “to make,” but in French it is used “to do” almost everything.

Memorize verbs and reflexives conjugated with the verb “etre”

Don’t look for reason in verb tenses like the compound past tense (passé composé). Simply memorize all verbs and reflexives conjugated with être and match the verb form to the subject. For instance, “S/he went out” is said in French as “Elle/Il est sortie/sorti.” “She showered” is expressed using a reflexive as “Elle s’est douchée.” In France it makes perfect sense to say, “She showered herself.” All other verbs are conjugated with avoir and never matched to the subject. She visited the sea is “Elle a visité la mer.”

Begin reprogramming your speech with the “ee” in the French “i” as in tien and the “long a” in “er” from parler. In France, Eliza Doolittle is the professor.

All beginning h’s are silent. You will sound more French as you drop the sounds of more letters: t’s, s’s, d’s, and lighten n’s to a whisper from the middle or the end of a word.

Pronounce all consonants followed by an “e” or “er.” Attempt a liaison with nearly all words that end with a consonant and start with a vowel. Keep the “p” in “psychologie” and soften the “cho” to “sho”. If you see a “gn”, pretend you found a “neah” in your nose as in montagne. Turn most “g’s” into “j’s” and vice versa when they are followed by a vowel. Finally, roll every “r” like you are blowing a raspberry or readying to spit.

By the way, adjectives always match the subjects as in les requins verts. No other rule exists. Just memorize where they are placed. Colors are placed after the noun as in la maison rouge. However, sizes may be placed before and after the noun. In common usage, a tall man is un grand homme, but a skinny man is un homme maigre. During a conversation, drop the “d” in “grand” and master the liaison between un and homme so it sounds like “uhnumm.”

No emphasis is placed on any syllable, which may cause the French to believe they speak with no accent. Words are simply pronounced correctly. Whenever asking, “How do you say this in French?,” brace yourself for the inevitable “same word, no accent” response. This response works in their favor whether you are asking about “true friends,” words with the same spelling and definition like restaurant, or “false friends,” words that look the same but don’t mean the same. Some examples of “false friends” are collège (French for “junior high”) and entrée (French for appetizer). To avoid social blunders, only “invite” someone to a restaurant if you are treating.

Although most keep a grammar book within reach, the French will sacrifice grammar to avoid tongue twisters. So, ce n’est pas grave becomes c’est pas grave. To feel like a native, pepper your sentences with “in fact” and “very.” Finally, when you are ready for humor, learn the current idioms. Ouais, the French really do say bon week-end and c’est cool!

Autumn Kuei is a Taiwan-born American living in Paris, where she stayed after a three-month teaching exchange in Provence and Camargue in 2010. She has lived in Taiwan, Germany and several U.S. cosmopolitan cities. One day, she would like to hear a French person marvel over how well she speaks French rather than how well she speaks English.