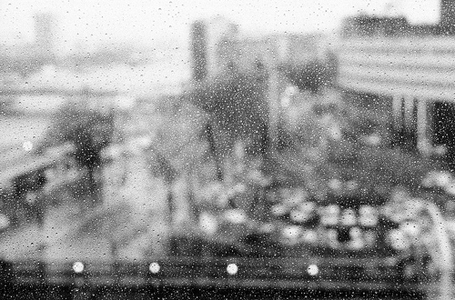 After a week of non-stop rain in Paris, this photo hits the nail on the head. The photographer used a very shallow depth of field to create a focus on one thing only – the fine constellation of raindrops on his office window. In photography, depth of field is the range of distance that appears acceptably sharp. It is controlled by the camera’s aperture, which is the width of the lens opening. A large aperture creates a short depth of field (such as in this photo) and a small aperture creates a long depth of field. The view, a bit hard to decipher, is of la Maison de la Radio to the right, and the Seine and le pont de Grenelle on the left.