Home Lifestyle Interview with Peter Morgan: An Australian in Paris 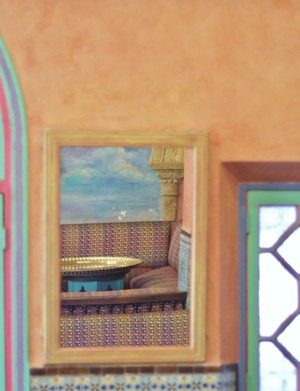 What was your first impression when you arrived in Paris? The smells – It is a fragrant city. To me there is this particular smell mainly on the cobblestoned backstreets. It’s a subtle weird diesel-ly (or petrol chemical) smell. I’ve smelt it in other cities such as Damascus in Syria but to me it always reminds me of Paris.

How much French did you speak before you came to Paris? Nothing that is repeatable in a reputable interview. I’ve picked up the essentials quite quickly and have been relying on them ever since. I have found Parisians to be very helpful with reactions ranging from encouragement to “just speak English.” 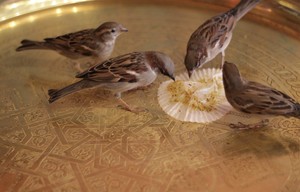 What do you recommend vistors to Paris see? The tea house at the Grand Mosque of Paris (across from Jardin des Plantes). A local haunt. The courtyard is a beautiful and tranquil place to read and relax while sucking down some great la menthe and nibbling on Arabic sweets. Remember to avoid it on Sunday afternoons as it gets rather busy and be sure to protect your food from the sparrows.

Also: The Museum of Everything. A great museum in the 6th arrondisement based around outsider art.

Why did you choose to come to Paris? I’ve been interested in Paris for a while. I’ve developed a strange relationship with the city early on and I got the chance to visit in 2001. Staying in the Red Light district, I was able to see a side of Paris which was quite different from the one commonly advertised today. I’m fascinated by how two different ‘Parises’ co-exist and the points where they meet and clash.

What were your expectations of the city? I tried to have none but people generally get in your ear with arguments about how rude the French are. I was expecting the fashionistas to a bit snobby but they were quite nice.

What has your favourite experience been so far? At the Cite – being able to dedicate so much time purely to your own practice and meeting like-minded people from around the globe. In General – driving in France – driving in the cities is character building and in the country-sides it is beautiful.

What do you wish you had known before you came to Paris? I wish I had known that I only needed my cameras, computer and suitcase with one change of clothing. The rest I would have bought as needed. And that espressos are very cheap if you have them at the bar in a café.

Is there a connection between French food, French Fashion and French art? I’m not sure exactly but generally speaking the Parisians love their classics from suits and little black dresses to immaculate black & white photographic prints. They don’t tend to bend to trends as much as some other societies. I was looking at a Joel Meyerowitz photography exhibition taken in Paris in the 1960s and, perhaps with exception of the cars, there really isn’t much variation between that time and now, unlike cities like London, New York, or Sydney. 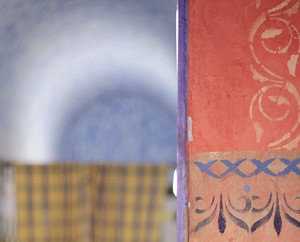 How does the Parisian art scene compare to the Sydney art scene? Paris has a lot of history and a rich historic tradition of art behind it. This is a blessing and a curse. There are exciting things happening in Paris but it is definitely no longer the hub for contemporary art. For this I would look east to Germany. There are a lot of fresh new artists coming out of Sydney but I think the art scene in Sydney is still somewhat limited by its geographic isolation.

What exhibitions are on at the moment?

Joel Meyerowitz ‘Une retrospective’ at the MEP on until 7th April

There’s also the big Dali exhibition at the Pompidou.

What section of the Louvre is your favourite? The Cour Marly.

Can you imagine yourself living in Paris forever? Yes. When I’m equipped with slightly improved French skills.

Our Favorite Co-Working Cafés in Paris