Inside the 70th Cannes Film Festival

The weather could not be better for the 70th Cannes Film Festival, which is fully underway in the sunny south of France, as of last Wednesday.

The famous international film festival is the place major studios come to buy films, directors – first-timers and legends – come to debut their work, established film stars and ingénues come to walk the red carpet in a dazzling ensemble (which will hopefully gain them press attention and a photograph in fashion magazines), and it’s where film lovers of all kinds come to celebrate the reason for the season – the art of film.

So far, certain standout films have been receiving a lot of buzz. Among them is Okja, starring Tilda Swinton and Jake Gyllenhaal. Vanity Fair’s Richard Lawson called it: “A spirited, weird, poignant plea for compassion and principle.” And Los Angeles Times critic Steven Zeitchik made an amalgamation-filled comparison of Okja, saying it was a “hybrid offspring of Babe/1984/Fast Food Nation.”

Minus an early technical snafu during the first press screening, critics have hailed the film for its originality and dream-like qualities. In a sentence, the film is an adventurous tale of a young girl and her pig. 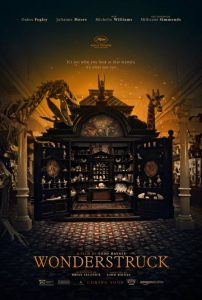 Okja has been somewhat controversial, due to the fact that it’s a film from Netflix (versus a traditional film studio). With the changing face of media, and the new, additional ways in which media can be consumed (Netflix, Hulu, Spotify, Kindle, etc.), it only makes sense that a TV/film subscription service such as Netflix would get in on the game. Netflix has two films premiering at Cannes this year.

Another buzzed-about film at Cannes is an AIDS drama set in Paris in the early 90s, 120 Battements Par Minute, directed by Robin Campillo, and starring Nahuel Pérez Biscayart, Arnaud Valois, and Adèle Haenel. There are already rumors swirling that it will be shortlisted for the festival’s coveted Palme d’Or prize.

Todd Haynes’ Wonderstruck starring Julianne Moore and Michelle Williams premiered early in the festival, but already has the attention of many critics for the director’s artful storytelling in adapting the children’s novel (by author Brian Selznick) for the screen. 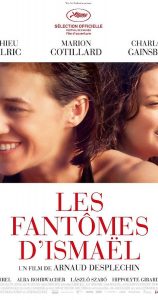 Ismael’s Ghosts received a fair bit of pre-press due to its blockbuster cast (Marion Cotillard, Charlotte Gainsbourg), but was reportedly booed by the (notoriously vocal) Cannes audiences, and melodramatic moments meant to stir deep emotions from crowds instead received laughter.

Many films have already been nabbed by outside parties; Sundance Selects quickly grabbed the rights to Let the Sunshine In, starring Juliette Binoche. The U.S. rights to Thirst Street, a thriller narrated by Anjelica Huston and directed by Nathan Silver, were bought by Samuel Goldwyn Films. The film is set in Paris, and centers on a romantic obsession.

Gerard Butler’s new film, Keepers, a psychological thriller, is being shopped to international buyers at the festival. The film was shot in an impressively speedy timeframe of six weeks.

(Cannes Film Festival runs through May 28, 2017. Bonjour Paris will have exclusive ongoing coverage of the festival. Please stay tuned.)